‘My kneecap was blown in half. It hurt seeing the boys at a World Cup’

It was February of 2014 and the stars were aligning for Trent Sainsbury.

The 22-year-old had just earned his dream move to Europe.

He'd signed with Dutch club PEC Zwolle, was right in the frame to go to the FIFA World Cup™ in Brazil and all set to make his Eredivisie debut against fellow Aussies Tommy Oar and Adam Sarota’s FC Utrecht.

FEATURE: 'Sainsbury was cocky and got ripped apart. He learned his lessons'

Things couldn’t be going any better.

"It was the 70th minute of my first game. I landed on a sprinkler and my kneecap was blown in half.

“It was devastating. It hurt watching boys go to a World Cup that I knew I was ahead of at the time."

Sainsbury had already been informed at the time that then Caltex Socceroos boss Ange Postecoglou was watching him closely. This was supposed to be the move he needed to secure a ticket to Brazil, where Australia was looking to the next generation and implementing a fresh playing style.

With one fall, one piece of misfortune, his boyhood dream had been shattered.

“I didn’t watch any of the games – it was too hard," Sainsbury added.

"But at the same time I knew I had to use that time wisely, go to the gym, beef up and do the extras you can.

“I knew I was in contention because the coach had already said that. After the World Cup there was another chance to get into the squad.”

While Sainsbury tried to find the silver lining in the injury, it was a heart-breaking time for the young defender, still trying to acclimatise to a new club, culture and language.

It took him months to get over the freak accident that rubbed him out of the game for nearly six months.

And the adjustment was so difficult, he admits if not for his girlfriend – and now wife – Elissa, he might not have bounced back the way he did, going on to become a stalwart in the heart of the Caltex Socceroos defence.

“If I didn’t have her, I’d probably be back in the A-League or state league because I was really in a bad way,” Sainsbury said.

“I was googling all sorts of jobs to take up, looking at TAFE, uni and all that.

“It really opened up my eyes that football is a short career. But if I didn’t have her it would have been a more difficult process.”

Sainsbury eventually returned from the field and was again nearly robbed of a chance to make his senior national team debut, rolling his ankle to begin the 2014/15 season, again in a match versus FC Utrecht. 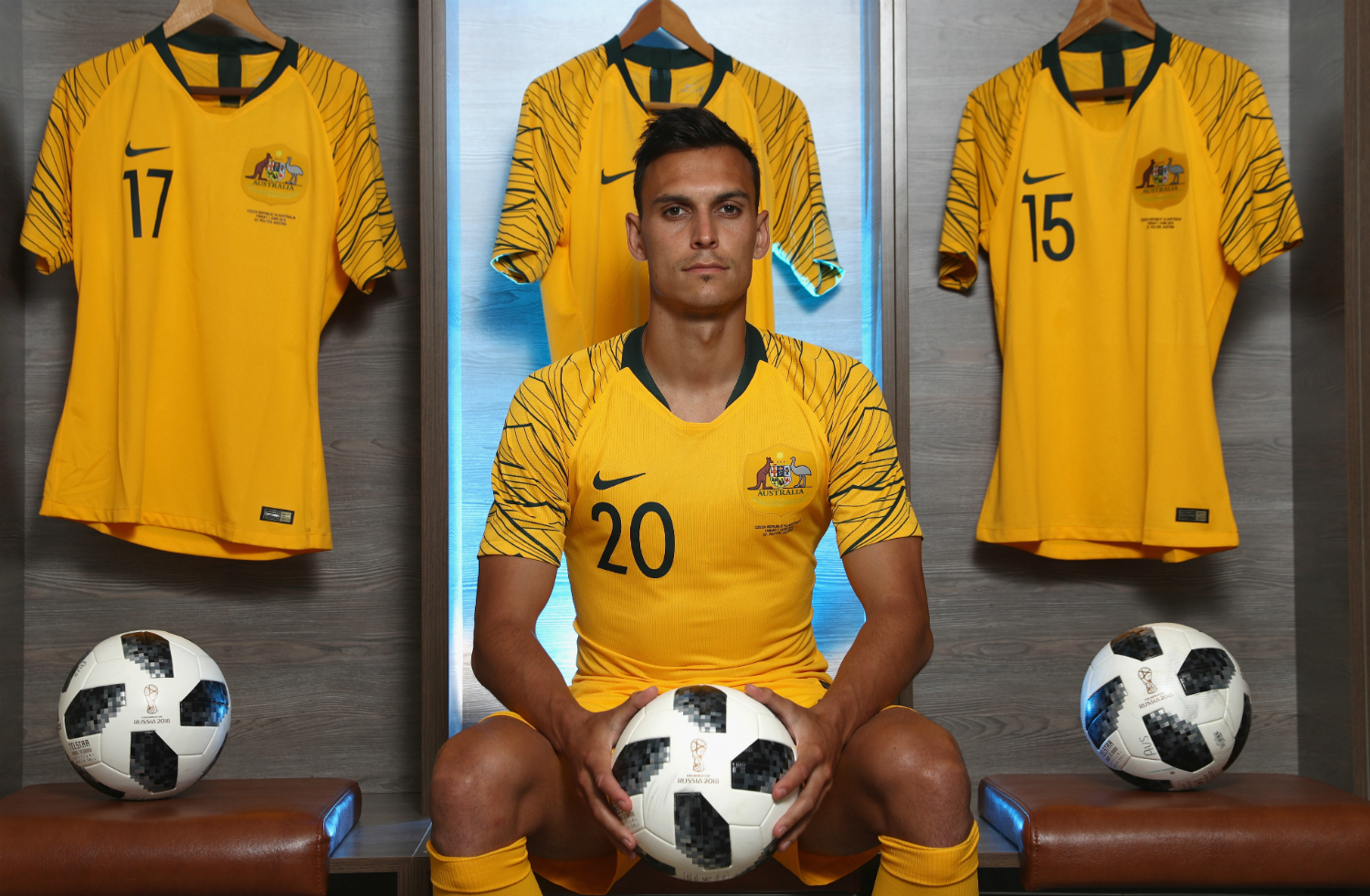 “It was an exciting time to put on the jersey and I remember all the boys giving me advice and it going in one ear, out the other,” Sainsbury recalled of his Caltex Socceroos debut against Belgium in September 2014.

“I was sweating buckets before the game had even started and I remember smiling ear-to-ear afterwards just looking around saying ‘yeah, this is me for the next 10 years. I like this spot’.

“It was a beautiful moment, one I will cherish.”

Sainsbury showed he belonged at that level and he went on to become a regular member of the Caltex Socceroos defence under Postecoglou.

He started all six matches as Australia went on to win the 2015 AFC Asian Cup on home soil, scoring the opening goal in the 2-0 semi-final win over UAE.

Now he's on the cusp of finally playing at a FIFA World Cup™, handed the captain's armband for the preparation friendly against the Czech Republic in Austria.

For the majority of the squad, it will be the realisation of four years of hard work and the longest qualifying path of any to qualify for Russia.

It’s a journey that has unified the squad and will ensure they are ready to produce their best on the world stage.

“It’s like meeting your cousins again at the family BBQ and you do it three times a year.

“It’s great seeing the boys and everyone in the back of their minds know it’s a great opportunity that you don’t get to do it all the time.

“Having missed out on the last [World Cup], qualifying was huge for me and I want to give it everything in Russia and walk away satisfied and prepare for the next one.”