Generations of Australians: The Sainsburys

In the first instalment of the 'Generations of Australians' series, we look into the life of Trent Sainsbury and one person in particular, his dad Scott who helped him reached where he is today. Watch the full feature in the video above.

Socceroos defender Trent Sainsbury had a special message for his father Scott who was one of the main people in his corner who helped him realise his dream of becoming a professional footballer.

Although Sainsbury was born in Australia, like many of the current crop of Socceroos stars, his parents arrived in the country to forge a better life for themselves and their family.

Scott arrived in Australia as a young man from England and was a constant provider and source of support for Trent and his family in Perth.

Scott was a role model for Trent growing up and the Belgian based Socceroos defender could not be more thankful to his dad for all the sacrifices he has made for him throughout his life.

“You were always the one that inspired me and started that passion for football. I always wanted to emulate everything you did,” Sainsbury said in a pre-recorded video.

“From taking me to the (Perth) Glory games to taking me down to the park to have a kick about. Those will always be little memories for me that I’ll never forget.

“You always take pride in everything I do.”

Click on the banner below to buy the new kit.

Trent signed off the video with a heartfelt message for his dad before he unboxed the incredibly thoughtful present.

“Whether it be on or off the field and this is just a small appreciation from me to you, so I hope you like it,” he added.

A teary Scott responded to the video with a simple but meaningful, “I love you too.”

Overjoyed by the sight of his new personalised jersey, Scott was nothing but thankful for his son’s incredible gesture.

“Trenty, shirt fantastic. When I got it, you know how bloody tearful I am all the time, I can’t help it when it is you,” Scott said.

“Thanks mate and thanks for all your help and I love you and I really want to see you soon, cheers buddy!”

All of Trent’s achievements would not have been possible if it were not for Scott, who gave Socceroos.com.au an insight into the Sainsbury’s family history and what brought him to make the life-changing decision to move to Australia. 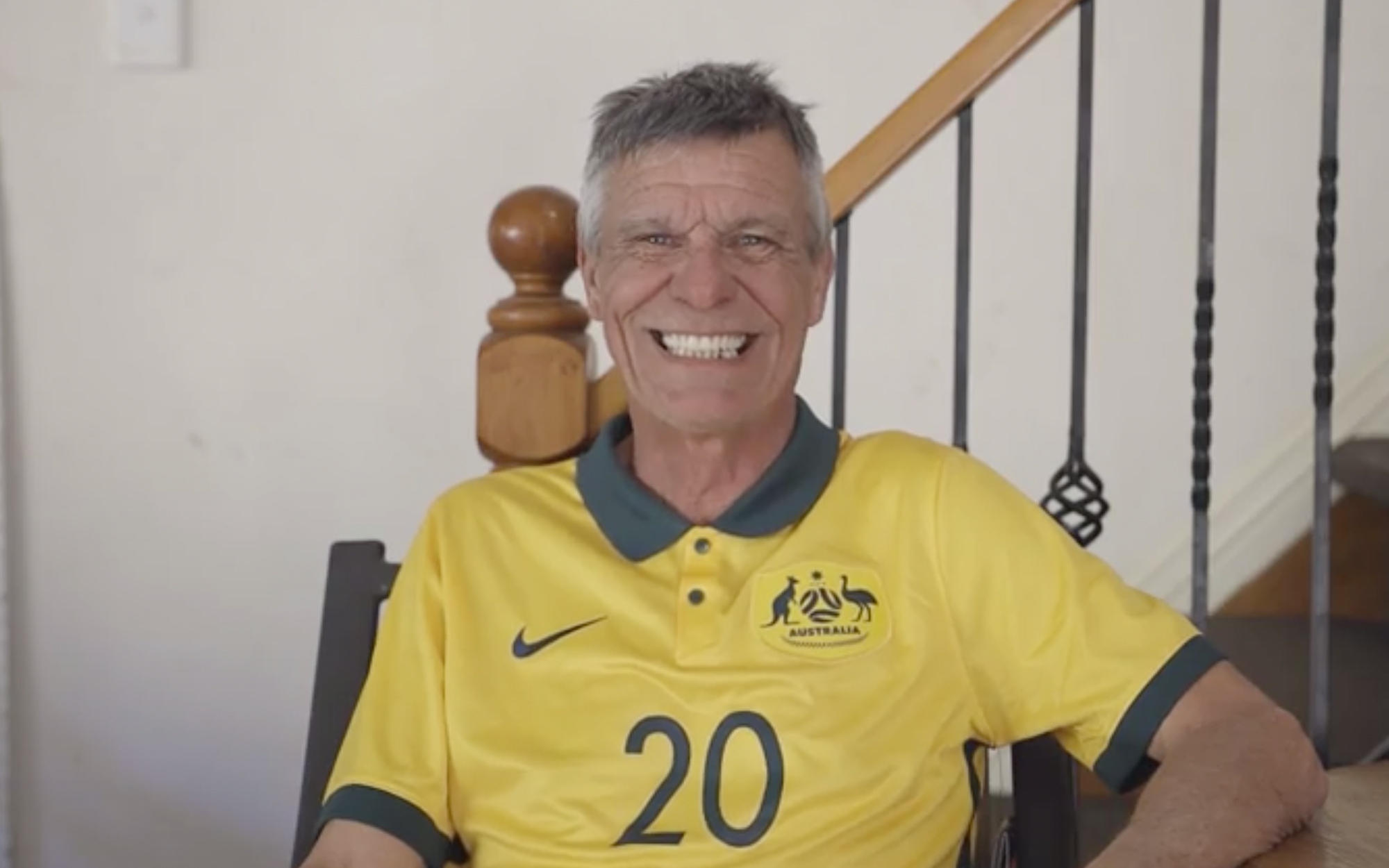 How the Sainsbury name made it to Australia

“When I was 11 my brother met a girl whose family had actually been out here once before. Her mum and dad had been out here,” Scott recounted.

“Things weren’t going so great in England so they decided they wanted to go back out to Australia. My brother asked me and asked my old man if it’s alright.”

A 15-year-old Scott seized the opportunity and quickly forged a love affair with Australia.

“I love the way of life. I soon got a job at a car wrecking yard and just started meeting some people. It was just easygoing and it was lovely that I had a job, Scott said.

“It was just brilliant. I loved the weather.”

It’s the weather that really sold Australia to Scott with the endless sunshine one of the main reasons behind why he thinks the country is so unique.

“So many months of the year it’s warm and I hated English winters, I hated them with a passion,” Scott said.

“My old man used to get me out to do paper rounds. In winter time, it was a nightmare.”

It’s now been 46 years since Scott departed the dreary English weather where he has since created a comfortable life for him and his family in Perth. 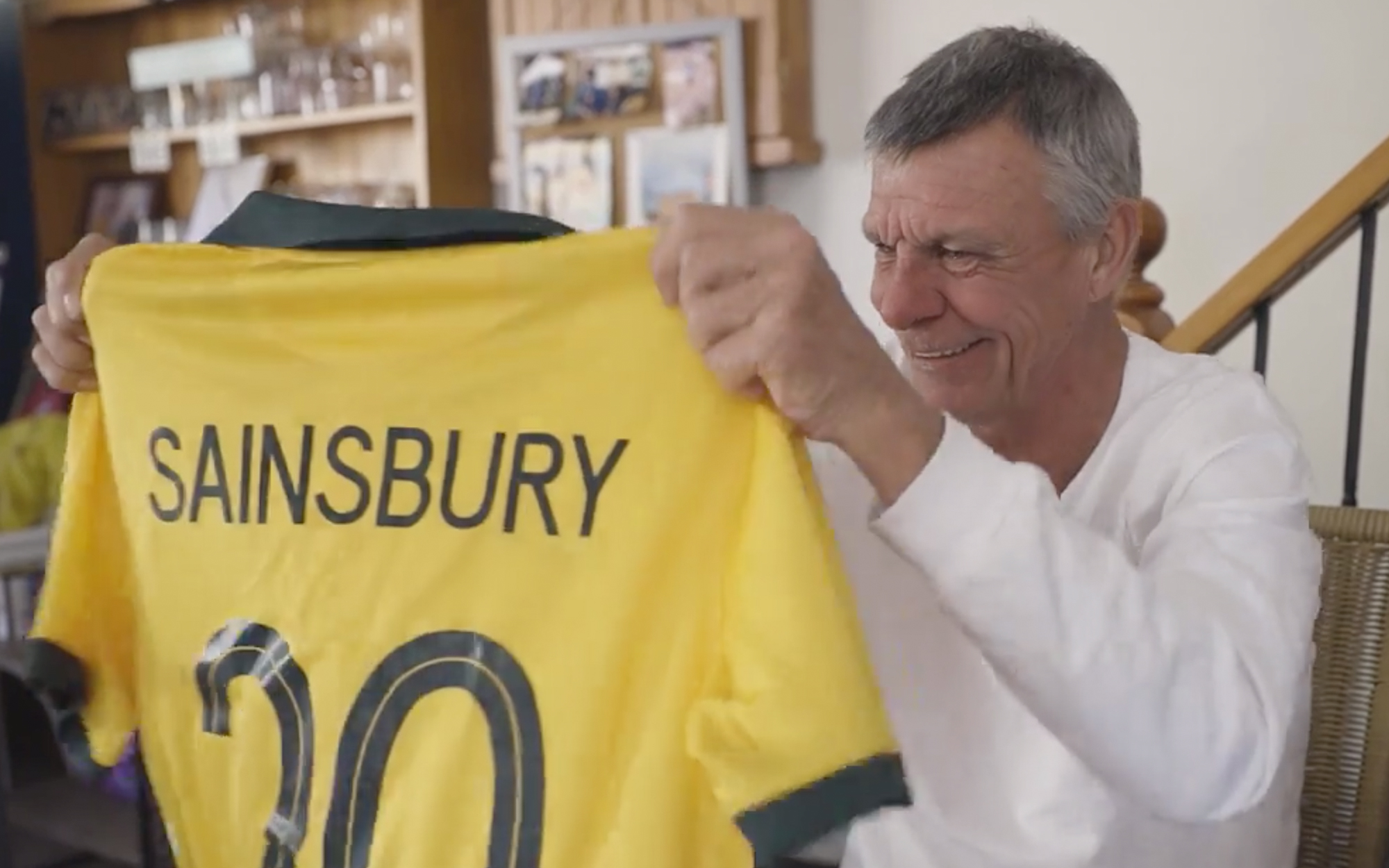 One of the few downsides to his son’s success is the significant portion of time that the two spend apart from each other.

Trent has been living overseas for the past six years which has meant that the pair have only been able to be in each other’s company on a handful of occasions.

It is therefore those moments when they are together that Scott well and truly cherishes.

“Every time I see Trent, when we go on holidays, we go and see him. I always cry my eyes out because the biggest thing is, I haven’t seen him since he was about 15 apart from the odd holiday,” Scott said.

“I haven’t seen him grow up properly, I just don’t see him enough. It’s a shame.”

Despite the long distance between them, the Sainsbury duo have a strong relationship which shows no signs of wavering.

“He knows I love him and he always tells me he loves me.” 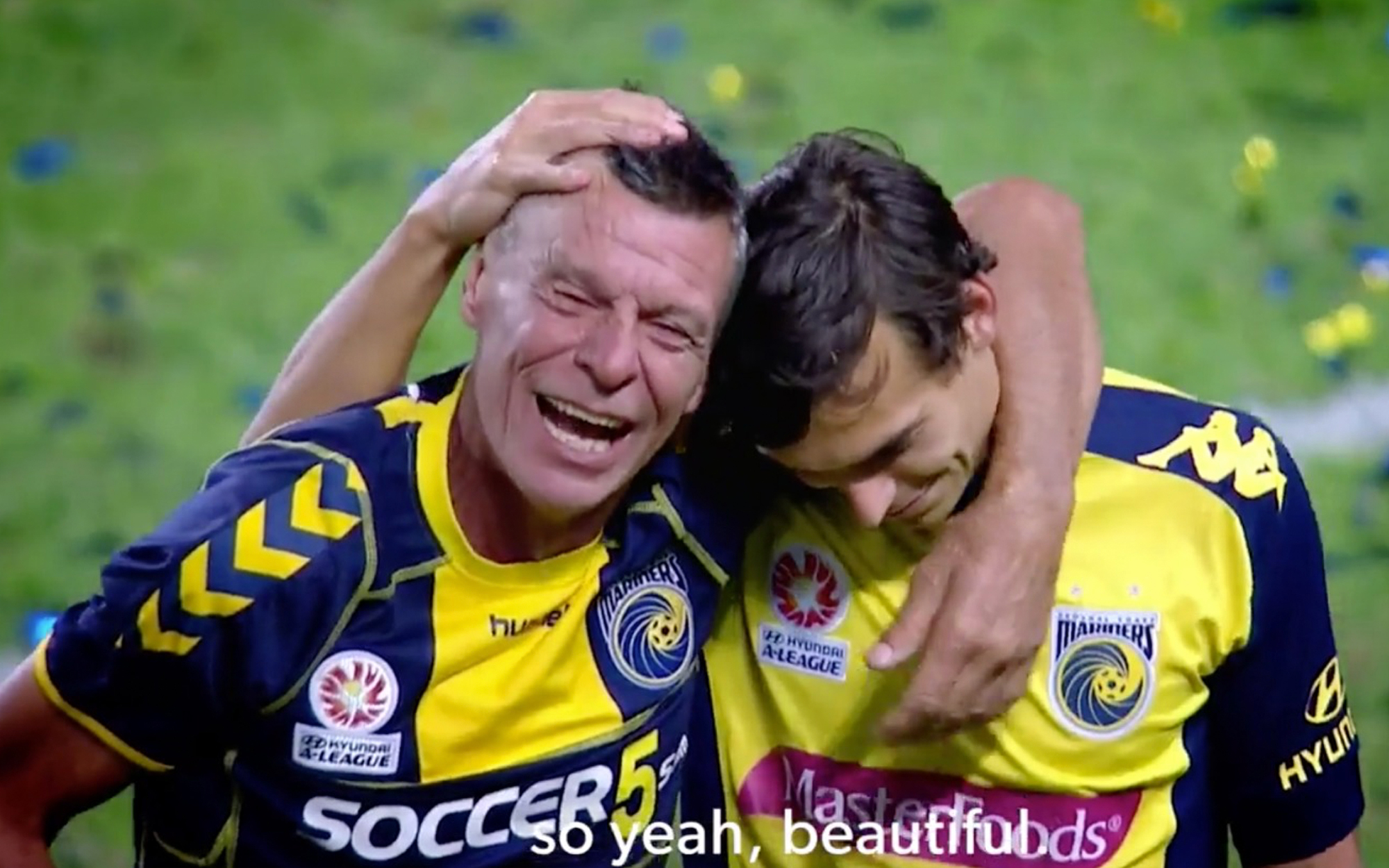 Trent’s journey to the top

Trent’s affinity to the round ball began at a young age when he and his dad constantly heading down to the park to hit the ball around.

“I spent a lot of time kicking the ball with him, I mean a lot of time. Down at the oval, going down to football and I was playing at the time,” Scott said.

“He was lucky that he had me and his mum as well, she doesn’t get much of a mention.”

As a supportive dad, Scott believed that his son possessed something special but not even he thought his son would reach the heights that he has.

The Sainsbury’s story is a special one and Scott was quick to thank all the fans out there for supporting the national side on behalf of him and his son.

“Everybody out there that supports the Socceroos, thank you so much,” he said.

“From me and Trent, keep going with the boys, whenever they play again, let’s all be there. Thanks guys.”