The final standings in Groups A and B have been decided after a thrilling round of overnight FIFA World Cup™ matches.

There were stoppage time twists and turns in Group B as Spain and Portugal played out draws with Morocco and Iran.

In Group A, Uruguay cruised past the tournament hosts to claim top spot, while Saudi Arabia struck at the death to defeat Egypt.

It means the first two Round of 16 fixtures have been decided:

Here’s a wrap of all the overnight action in the FIFA World Cup™. 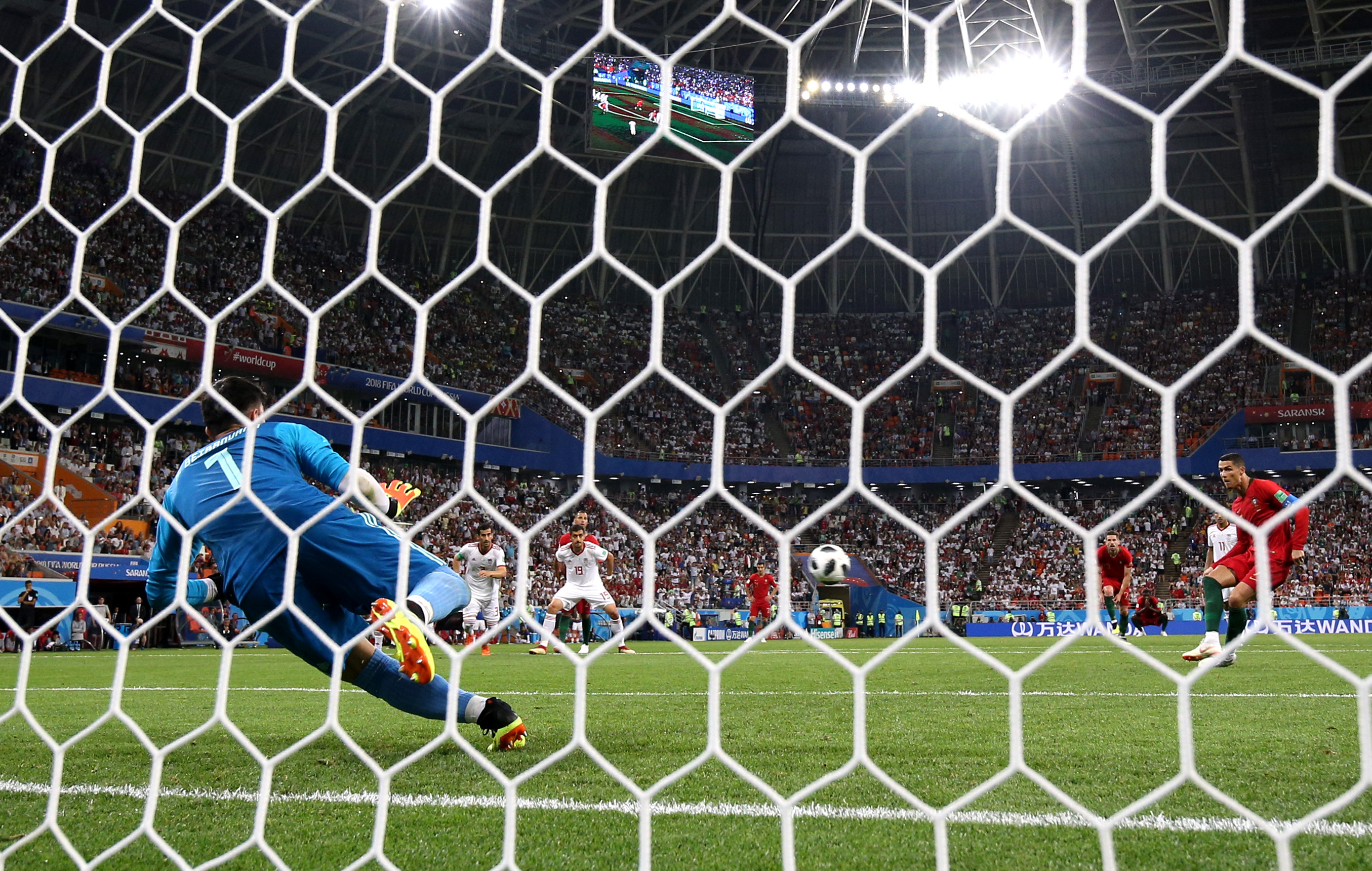 Iran so nearly stunned Portugal in the morning’s final fixture at the Mordovia Arena, but a 1-1 draw means the Portuguese go through to the knockout phase.

Ricardo Quaresma opened the scoring in sensational fashion for the reigning European champions, beating Iranian goalkeeper Alireza Beiranvand from outside the box with an outside of the boot curler.

Beiranvand would become the hero for Iran midway through the second half, denying Cristiano Ronaldo from the penalty spot, after the Video Assistant Referee determined a foul on the Real Madrid man by Saeid Ezatolahi.

Ronaldo was later yellow-carded for an off the ball altercation with Morteza Pouraliganji as the contest reached an absorbing climax.

Iran’s frantic search for an equaliser arrived in injury time when Cédric Soares was penalised for a handball after VAR revision, leaving second half substitute Karim Ansarifard to confidently bury the penalty for Carlos Queiroz’s side.

And Queiroz’s men came within inches of sending the Portuguese packing only moments later, but Mehdi Taremi could only lash a shot into the side netting after the goal momentarily opened up for Iran. 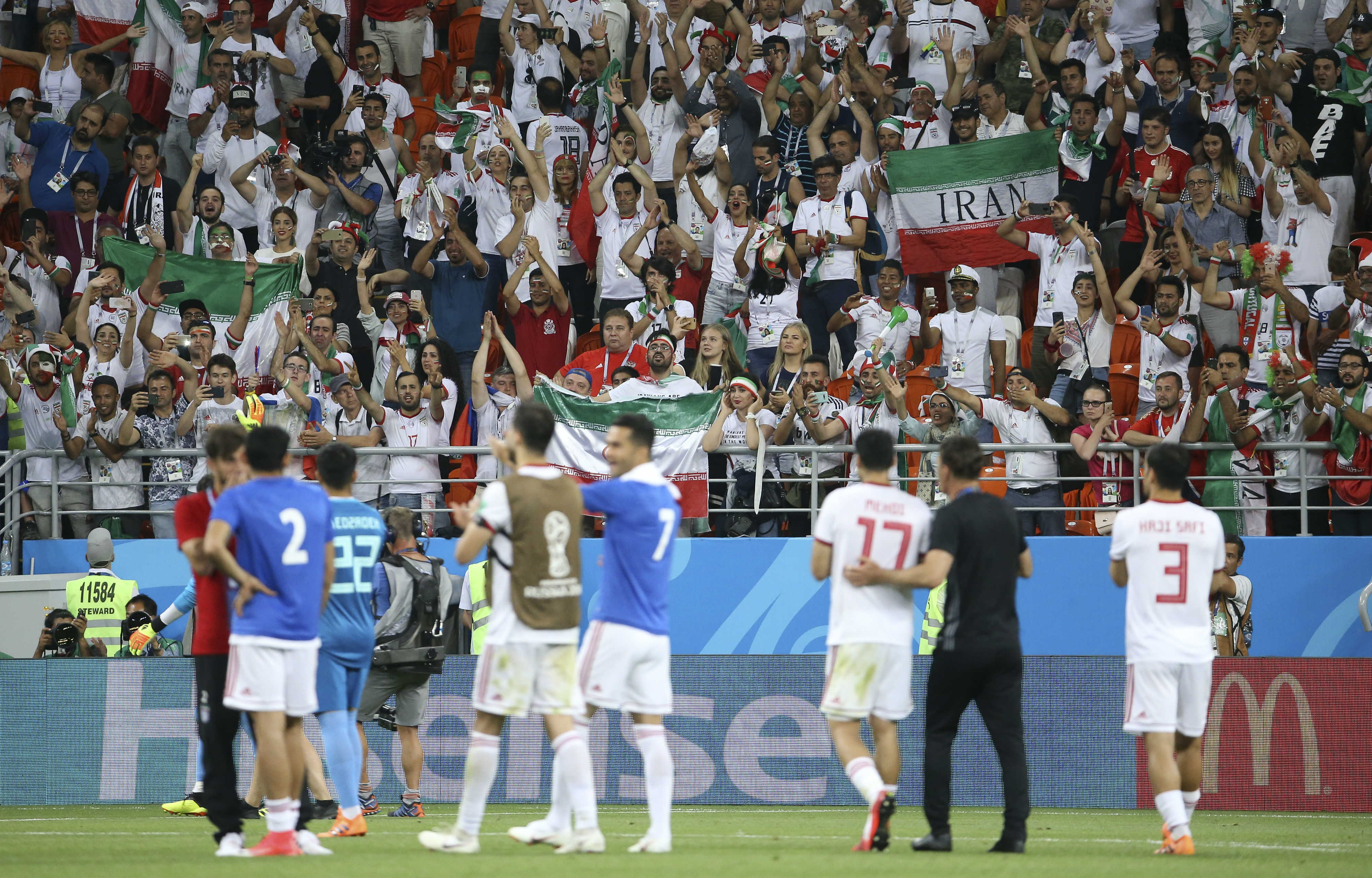 Despite their elimination, Iran, and indeed Morocco, will have garnered immense support after turning Group B – which many regarded as a straight shoot-out between Spain and Portugal -  into one of the most memorable battles for qualification in recent memory.

The Moroccans appeared destined to depart the tournament with a win over the 2010 Champions, but a stoppage time Iago Aspas goal ensured La Roja leapfrog Portugal and finish top of the group.

It was a nervy, topsy-turvy contest at Kaliningrad Stadium as Spain fought back twice to set up a Round of 16 date with Russia.

Khalid Boutaïb pounced on an error from Andres Iniesta to snatch the lead for Morocco early on, netting the nation’s first FIFA World Cup™ goal in 20 years, before Isco levelled the scores five minutes later.

Uruguay finished top of Group A after cruising to a 3-0 victory over 10-man Russia at the Samara Arena.

Luis Suarez and Edinson Cavani struck in either half alongside a Denis Cheryshev own goal to hand the hosts, who had Igor Smolnikov dismissed in the opening half, their first defeat of the tournament.

The South Americans were rarely troubled as Óscar Tabárez’s striking duo paved way for a comfortable win, and one that sets up a tasty Round of 16 clash with Portugal.

In the Group’s other fixture, Saudi Arabia’s Salem al-Dawsari hit an injury time winner to claim 2-1 win over Egypt.

Mohamed Salah opened the scoring for the Pharaohs, but a penalty in first half stoppage time from Salman Al-Faraj was followed up by al-Dawsari’s late effort to earn the Saudis their first FIFA World Cup™ victory for 24 years.

All eyes now turn towards the final matches in Groups C and D tomorrow morning, with Australia facing off against Peru at 12AM (AEST). 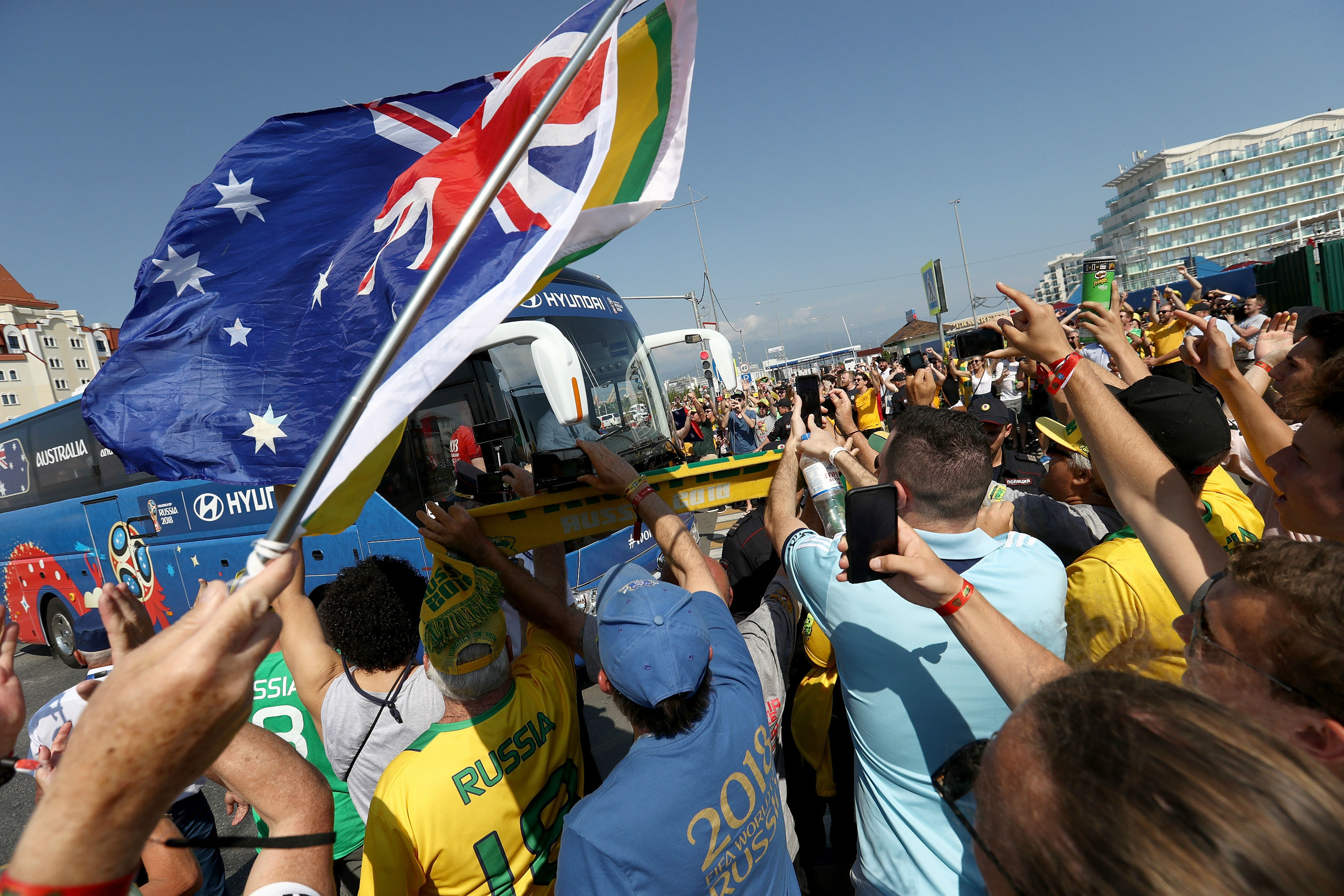