Japan became the first Asian nation to defeat a South American team at a FIFA World Cup™ after defeating 10-man Colombia 2-1 at the Mordovia Arena, Saransk.

The Group H opener started in calamitous fashion when Colombia’s Carlos Sanchez was handed the second-fasted red card in FIFA World Cup™ history after a handball in the penalty area, leaving Shinji Kagawa to stroke home the resulting penalty. 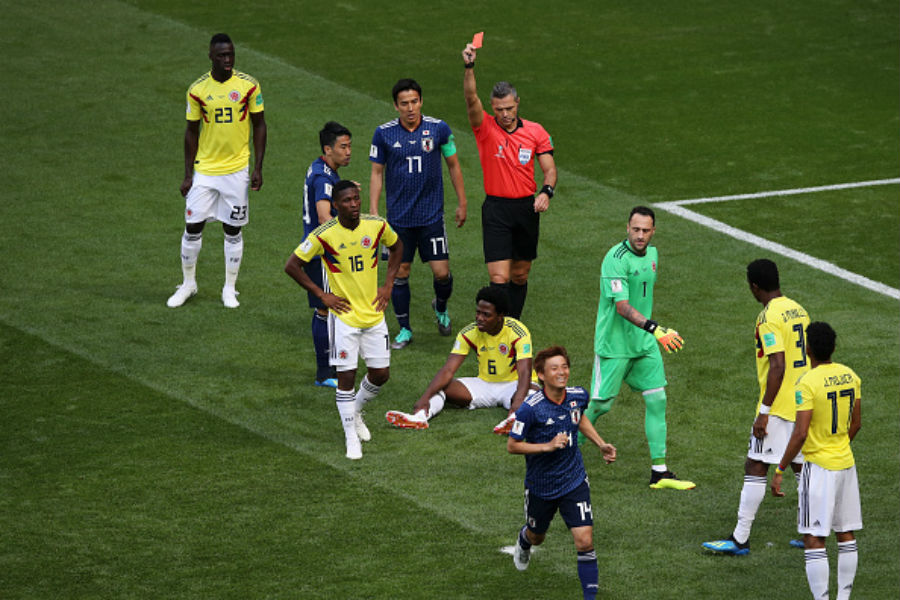 Jose Pekerman’s side rallied late in the first half though, restoring parity through Juan Quintero’s free kick. The FC Porto man snuck a clever strike under the Japanese wall that squirmed over the line despite the best efforts of Japanese keeper Eiji Kawashima.

Colombia gloveman David Ospina was kept busy in the second stanza, with the Arsenal man first pulling off a solid stop at the near post to deny Yuya Osaka before acrobatically palming away an effort from Takashi Inui minutes later.

However, he was arguably at fault for Osaka’s winner with 18 minutes remaining, as the FC Koln forward beat the Colombia goalkeeper to Keisuke Honda’s corner to hand Japan an opening win.

“The game was an uphill struggle,” said Colombia boss Pekerman following the defeat.

“Normally you prepare a match to play 11 v 11, so to lose one player in the first three minutes, such a crucial player, that’s not an easy thing,”

“We lost because we were worn down and tired.”

The 2014 quarter-finalists now face Poland in a must-win encounter on Monday morning, while Japan face Senegal. 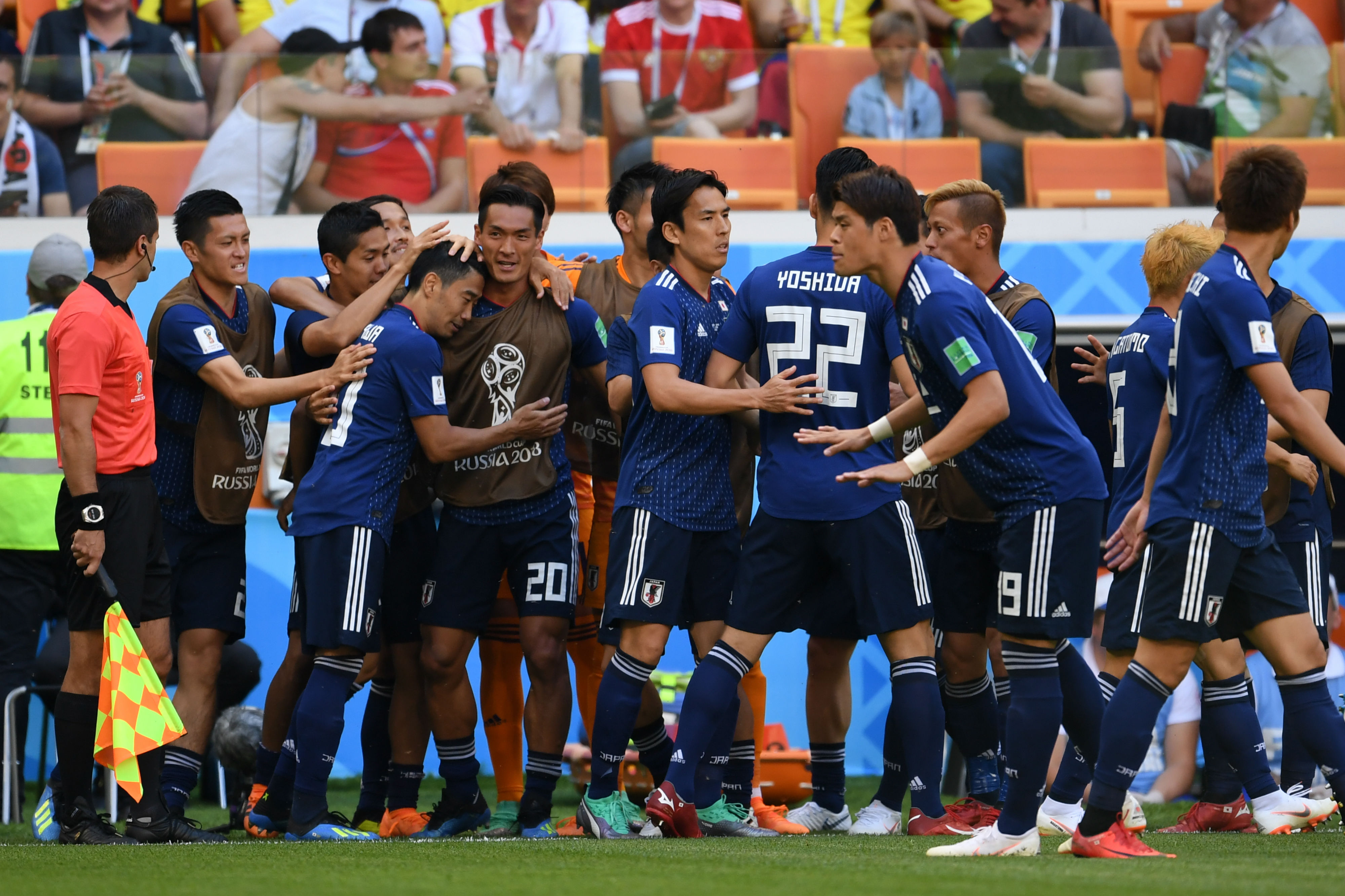 Senegal became the first African team to open their tournament account after defeating Poland 2-1 in Moscow.

Although there could be no doubts the West African nation richly deserved their win, both goals for Senegal were marked by slices of good fortune.

The Lions of Teranga took the lead shortly before the half time interval when Poland defender Thiago Cionek deflected Idrissa Gueye’s effort past goalkeeper Wojciech Szczesny.

Then, the Juventus goalkeeper was involved in a horrible miscommunication with Grzegorz Krychowiak on the hour mark. Having bolted out of the penalty area to make a clearance, Szczesny hesitated and allowed M'Baye Niang to nick the ball past him and roll the ball into an empty net. 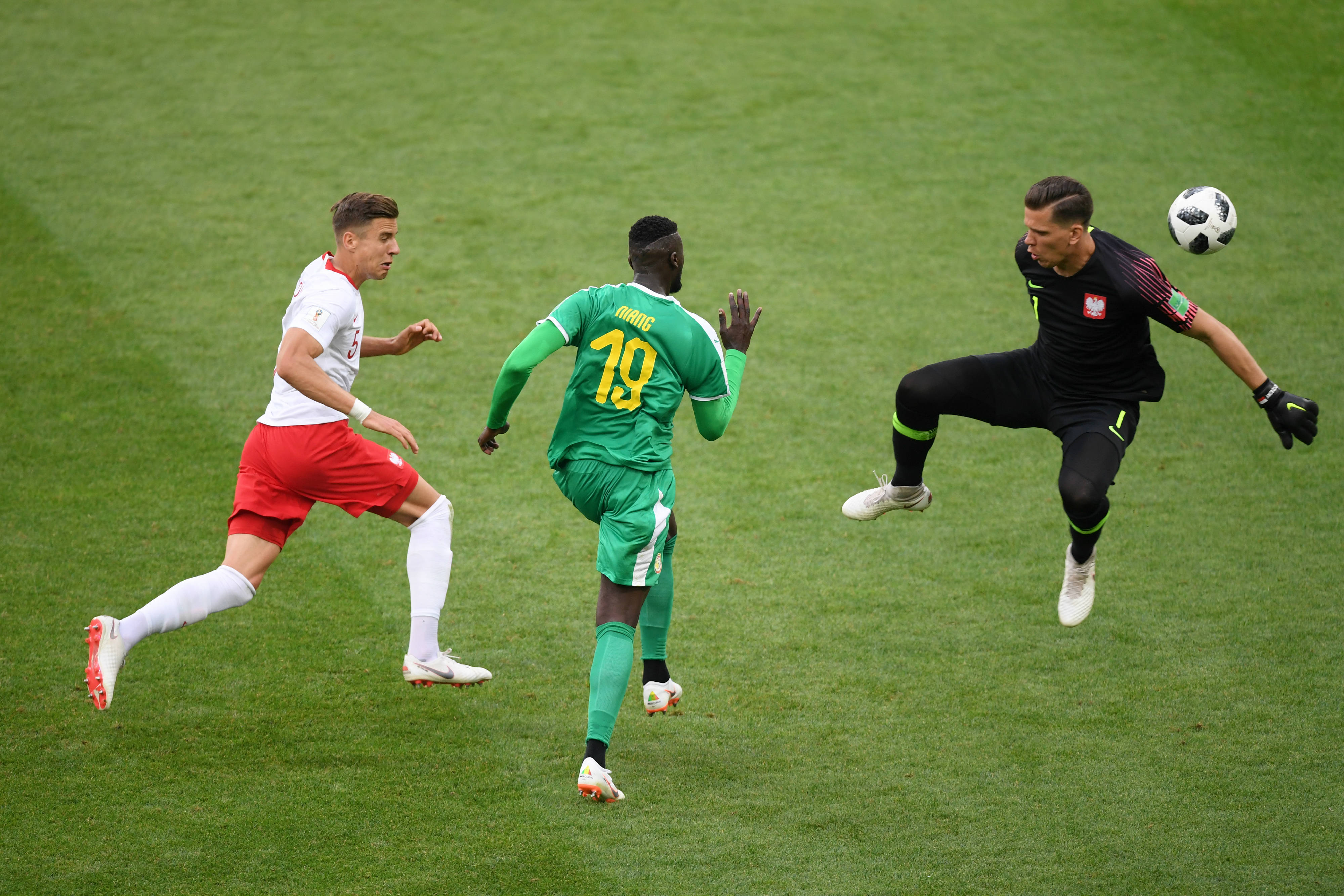 Krychowiak netted a late consolation for Poland when he headed a Kamil Grosicki free-kick home, but the Europeans were unable to find an equaliser. They’ll now face Colombia in a must-win clash for both teams on Monday morning.

Meanwhile, Senegal can seal their qualification with a victory over Japan on the same day.

“We managed to control the game tactically and emotionally - that is very important,” said manager Aliou Cisse.

“We are not too euphoric; we have highs, lows and we are not going to jump up and down. We need to stay humble.”

HOSTS PUSH EGYPT TO THE BRINK

Russia are in pole position to qualify from Group A after defeating Egypt 3-1 in the final FIFA World Cup™ fixture overnight in St. Petersburg thanks to a devastating 15-minute spell in the second half.

A comical own goal from Egypt defender Ahmed Fathi broke the deadlock shortly after half time, before a pair of classy strikes from Denis Cheryshev and Artem Dzyuba saw Russia establish an unassailable 3-0 buffer a little over the hour mark.

Egypt talisman Mohamed Salah played his first match since injuring his shoulder against Real Madrid in the Champions League Final in May, but was well marshalled by the Russian defence.

The Liverpool forward did manage to give the Pharaohs a faint glimmer of hope after slamming a 73rd minute penalty past Igor Akinfeev, but the North African outfit now appear destined to be the first team eliminated from the tournament.

They'll need Saudi Arabia to upset Uruguay in tomorrow morning’s encounter at the Rostov Arena to keep their dream alive. 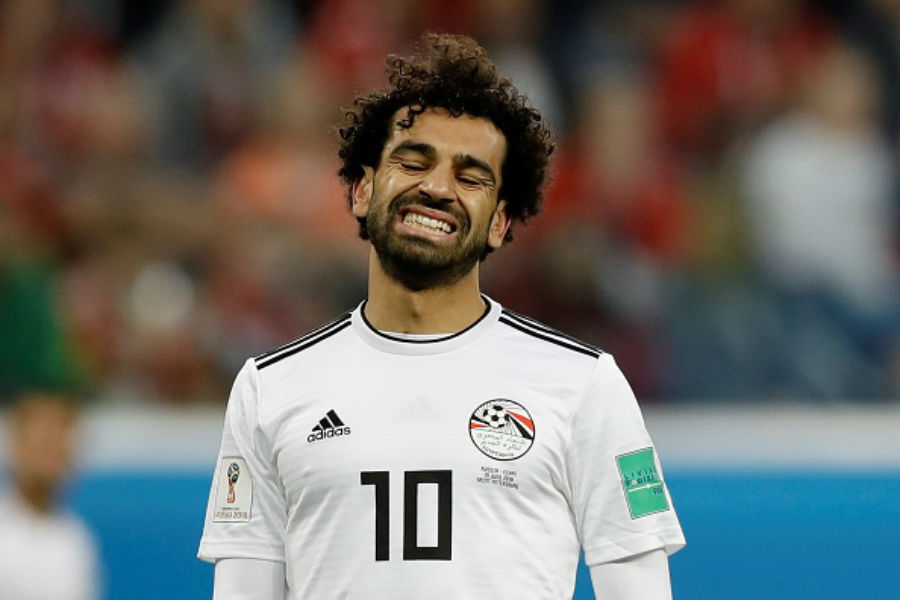