​Celtic Development Squad coach Stevie Frail believes Socceroo Tom Rogic’s impressive return from injury could see him feature for the club’s first team before the end of the season.

Rogic played for an hour and got a goal in the youth side’s 3-2 win over Kilmarnock on Tuesday (AEST) in his second game back from another injury lay-off.

The 22-year-old impressed with his passing and movement and his goal showed just how devastating a player he can be.

He picked up possession about 35 yards from goal, turned one player before evading a couple of challenges and finding the net from the edge of the box.

It was a particularly pleasing sign for Frail, who hopes it’s the first step towards Rogic reaching his potential and pushing for Ronny Delia’s first-team side.

“His [Rogic] road back to recovery has been a long, lonely road for him. He’s enjoying playing for the team as he has hasn’t played for so long,” Frail told Celtic TV (www.celticfc.tv/)

“He’s a great addition to the side. The players see how he uses his strength and body. 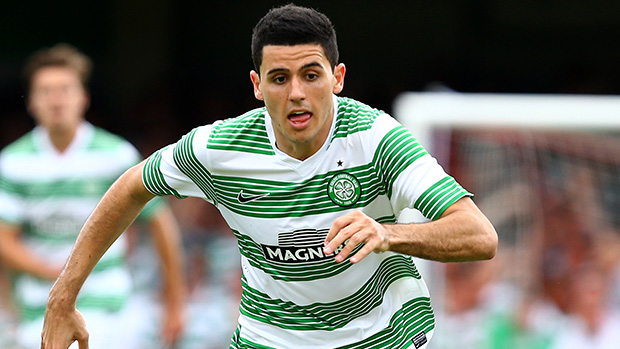 “He’s maybe not the quickest player over the ground, but upstairs he knows how to see the game and he reads it very well.

“He uses his strength well and can pass it. I’m really pleased he got a goal as well.

“He got another 60 minutes in his comeback and he will need a few more games and then hopefully he can feature in the first team before the end of the season.”