Piscopo: From being 'scared to sign for Inter' to following his Aussie dream

Wellington Phoenix starlet Reno Piscopo has always been destined for big things. As a 13-year-old, he was catapulted into the youth academy of Serie A giants Inter Milan and became a national team regular for the Italian youth national teams.

But despite a love affair with Italy, the country of his father, the winger has always known deep down that his allegiance truly lives with the Green and Gold of Australia.

Piscopo, 21, was born in Melbourne to an Italian father and Maltese mother and was earmarked for big things when I Nerazzurri acquired his services in 2011.

Having grown up for the likes of Fawkner Blues and North Coburg United, the interest shown by the 18-time champions of Italy left Piscopo starstruck.

“To tell you the truth, when I found out I was about to sign for Inter, because I was so young, I was actually scared,” Piscopo told www.aleague.com.au

“Inter were very open with me and said I could come for six months to a year and see how I liked it.

“And as soon as I went there I fell in love with the academy, coaching and the way everything was handled.

“Italy and Milan has a place in my heart. It was a great place, great memories. I'm sure I'll go back soon.

“[But] Deep down I always knew that I wanted to play for Australia and represent my real country. I always knew I was going to switch over one day.”

Australia is already reaping the benefits of Piscopo’s decision.

Piscopo was a crucial part of the U-23 side which shone during their 2020 AFC U-23 Championship Qualifiers in Cambodia last year.

And in January’s AFC U-23 Championship in Thailand, he helped Graham Arnold’s side secure their berth at the Tokyo 2020 Olympic Games for the first time since 2008.

Piscopo scored one of the goals of the tournament too – a truly outrageous free kick in Australia’s opening 1-1 draw with Iraq.

“People think that it should be easy for us against certain nations, but the conditions, and also it was mentally hard because were gone for so long.”

Piscopo’s excellence on the national team front highlights that his decision to reunite with former youth team boss Ufuk Talay at Wellington Phoenix in search of regular first team football was an astute one.

It was Talay who gave Piscopo his first taste of national team football for Australia and coached the livewire winger at U20 level. He acquired his services on the belief that he could “go on to great things in the Hyundai A-League.”

Talay’s prediction has gotten off to a flying start. Piscopo has started 11 of 14 games for the Kiwis and been one of the standout performers in a team brimming with up and coming stars.

“Game time is everything. It is very important for a young player especially.

“It's always a risk. You're not guaranteed anything in soccer. You have to work for it. Uffie [Talay] works with young players, he's helped me.

“It's my first year in the A-League so I'm still getting used to it and how it works.

Piscopo added: He's a great person and a great guy. Very easy to talk to and get along with.

WATCH: All the McDonald's Mini Matches from Round 23 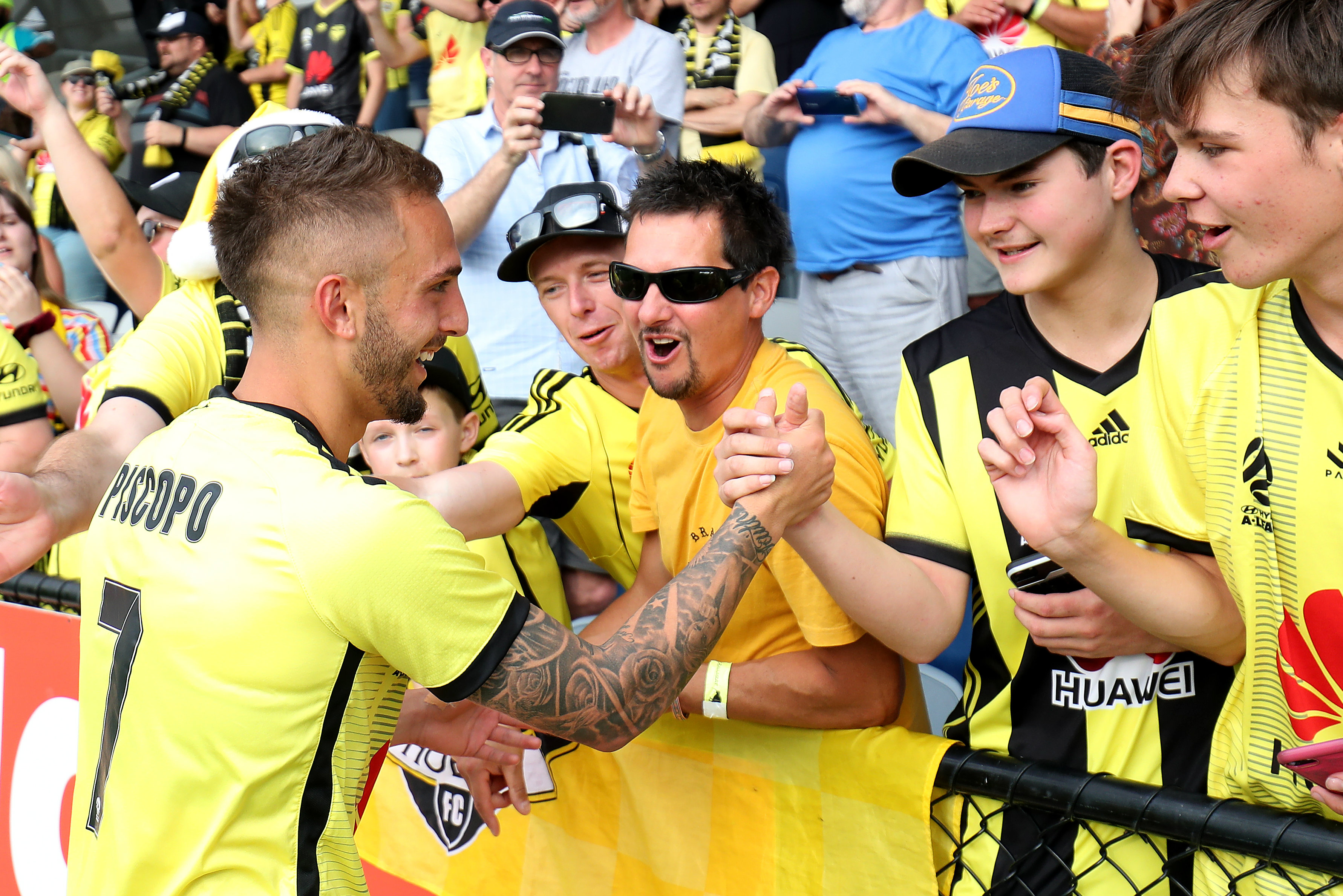