It's never too late to chase your footballing dreams, as the unusual story of Joeys goalkeeper Adam Pavlesic demonstrates.

Six years ago, Pavlesic played football for the first time in the Western Sydney suburb of Edensor Park.

Within two years, he had signed for Sydney FC.

The 17-year-old is now ready to guard Australia's goalposts at the FIFA U-17 World Cup in Brazil.

So what's his advice to any young, aspirational footballers dreaming of representing Australia on the world stage?

"It's not over, people go up and down. Just keep your head up and keep pushing forward," he told www.socceroos.com from Brazil.

"If you have a good attitude and determination you can go anywhere.

"I've had many setbacks in my life so far. I've always risen to the challenge, and I've been able to push forward, and that's why I'm here today."

For a good period of 2019, Pavlesic's World Cup participation looked unlikely after he fractured his wrist.

He was initially looking at six weeks on the sidelines, but due to a miscommunication with the doctor, the bone was not healing correctly and it took three months to recover.

Now fit and ready for Australia's Group B opener against Ecuador, Pavlesic is determined to help the Joeys shine at world football's biggest youth tournament.

Fans can expect to see shades of Caltex Socceroos number one Mathew Ryan in the Joeys shot-stopper, who was brought up in the same John Crawley school of goalkeeping which fostered the rise of the now-Premier League Brighton and Hove Albion star.

"I like to relate to Maty a lot... the way he uses his feet, his positioning, his bravery, I like to look at myself like him.

"He's a good role model. It would be a dream of mine to meet him. I've been looking up to him for so long."

'This could be a new generation for Australia'

Trevor Morgan has left no stone unturned in educating the Joeys about Australia's history at the FIFA U-17 World Cup.

It is why the Australia boss cannot wait to see how his team apply themselves in Sunday morning's Group B opener against Ecuador.

"The boys themselves came here to win every match they face," he said.

"That's certainly their desire. In terms of the history in the youth World Cup, Australia has a rich one.

"We feel that this could be a new generation for Australia and we're very much looking forward to the challenges ahead, and seeing how the boys meet those challenges."

Australia commence their World Cup campaign against Ecuador on Sunday morning, 10.00am AEDT kick off.

You can watch it live on SBS, or theworldgame.sbs.com.au. 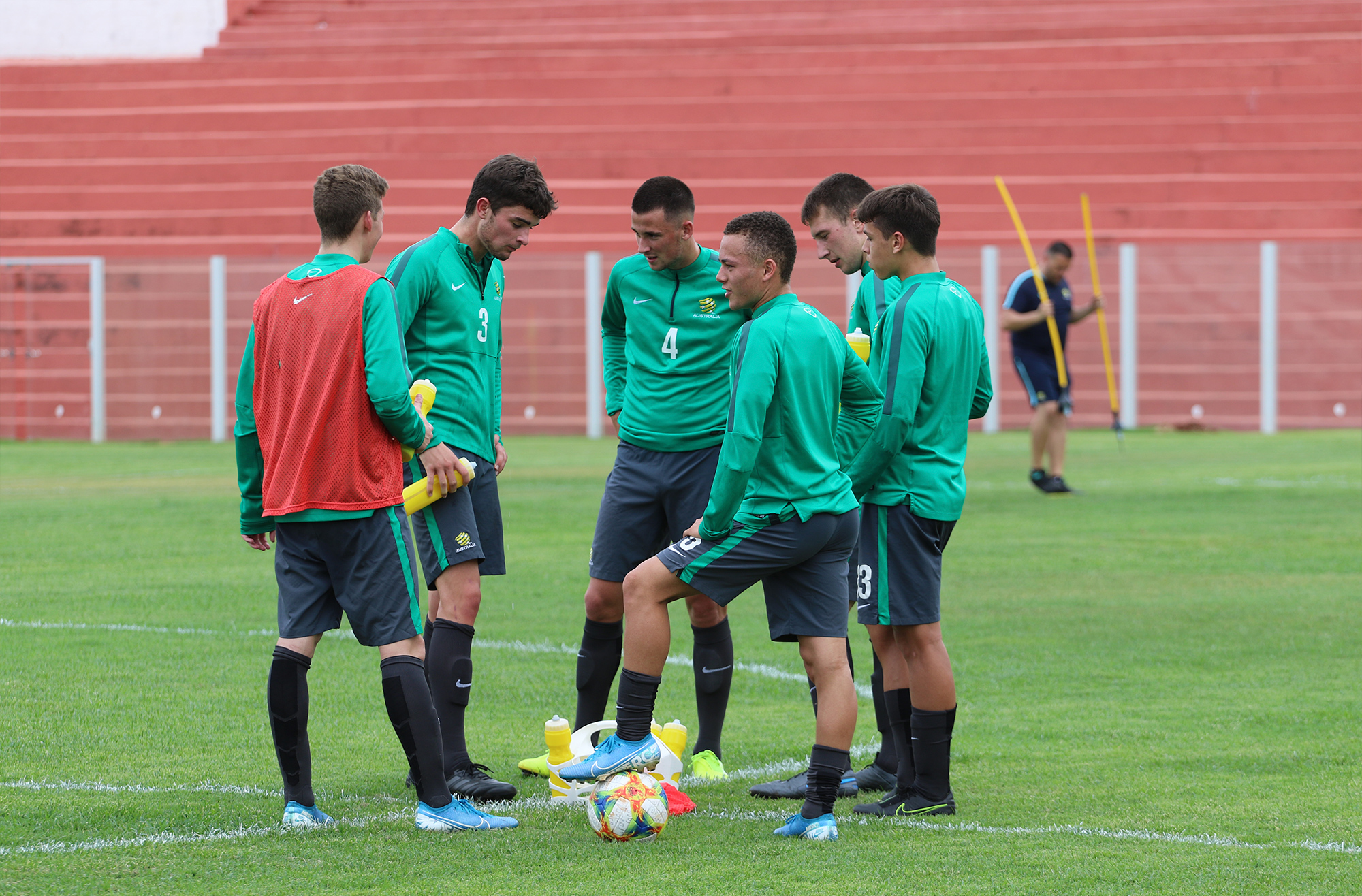