Socceroos winger Tommy Oar has confirmed a potential move to Athletic Bilbao collapsed earlier in the off-season as his search for a new club continues.

Oar, 23, left Utrecht at the end of last season following the expiry of his contract at the Eredivisie side.

The former Brisbane Roar wide attacker, who has previously been linked with a move to Ajax, has now revealed he was in the frame for a shock switch to La Liga outfit Athletic.

The San Mames club, crowned Spanish Super Cup winners after completing a surprise 5-1 aggregate win over Barcelona on Monday, only recruit players born and raised locally or with distinct links to the region.

And while Oar's paternal grandparents are understood to have Basque heritage, the ties were not deemed strong enough for the team coached by Ernesto Valverde to consider bringing in the 25-cap Australia international.

"It was obviously disappointing that it didn't work out," Oar told SBS.

"For a few weeks there I was hopeful that it would happen but unfortunately it didn't go ahead because of the club's policy.

"It would have been the perfect step ... they are a fantastic, ambitious club but it wasn't to be." 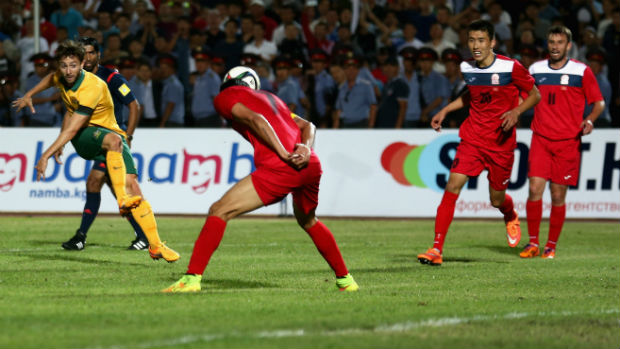 Oar has previously stated his preference is to try his luck in one of Europe's top leagues - including the English Premier League - and is still holding out hope of securing a contract somewhere in British football.

"The situation is not ideal  ... there's no point in hiding the fact but I am doing everything I can to stay as fit as possible," he said of the limbo preventing him from taking the next step.

"I will just keep going and wait for the right opportunity to come up. For sure, it's frustrating but at the same time there's not too much I can do about it.

"I have always wanted to play in England and my main focus is mainly on the UK now. There's still a few weeks left in the transfer window and of course as I am free agent, I am not restricted by any windows anyway.

"I am hoping by the end of the month everything will be well and truly sorted out."

Oar also admitted he may need to reassess his high expectations should an offer not arrive that meets his ambitious goals.

"If the situation doesn't change in the next few weeks I would be more open to offers from Asia, the A-League and the Middle East," he said.

"I would never rule anything out but I am confident I will get things resolved soon.

"Every day there are opportunities from around Europe, but they are not really the ones I want. I would be more worried if there was nothing coming up."