The Caltex Socceroos will battle the world’s best in Russia and the Westfield Matildas will challenge Asia’s elite in Jordan in new kits after Nike launched fresh men’s and women’s national team looks in Sydney on Thursday.

At Nike’s launch event in Marrickville, some of Australia’s finest ever footballers joined forces with modern day men’s and women’s national team players as well as potential stars of the future to showcase the new designs to an enthusiastic and energetic audience.

The new home kit – which will be debuted by the Westfield Matildas this Sunday at 3am AEST when they play their 2018 AFC Women’s Asian Cup opener against Korea Republic at the King Abdullah II Stadium in Amman – is predominantly gold however boasts unique elements inspired by sentiments from Caltex Socceroos great Mark Viduka.

In 2005, Viduka called on Australian football fans to create a “sea of gold” to reflect the nation’s pride ahead of the Socceroos’ pivotal FIFA World Cup™ qualification match against Uruguay in Sydney. 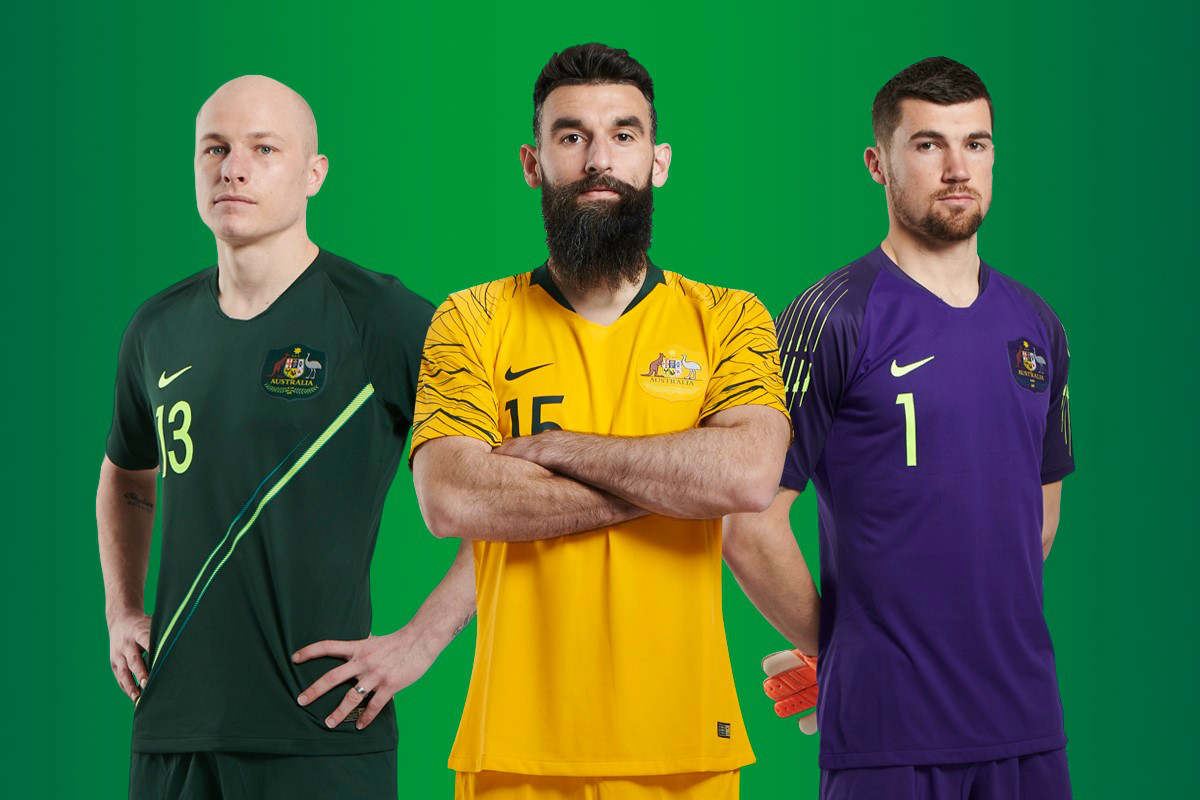 The Australian public responded in a big way an

Nike used Viduka’s “sea of gold” statement as their primary source of inspiration for the design of Australia’s new home kit, taking the concept and illustrating it via a rolling wave graphic outlined in dark green across the sleeves and shoulders.

Adding further detail to the home kit is the placement of the Commonwealth Star on the green collar.

Australia’s new away design will likely be debuted by the Caltex Socceroos in Budapest in June when Bert van Marwijk’s charges play Hungary in a pre-2018 FIFA World Cup™ friendly.

The latest incarnation of Australia’s away kit is predominately green – a move away from the most recent navy version – and pays homage to the national colours of green and gold.

The away kit also features a striking yellow volt across the front, which is intended to capture the imagination of young, passionate Australian football followers.

Australia’s new Nike home and away kits ($120 RRP for Adults & $100 RRP for kids) will be available to purchase from 9am (AEST) on Friday, 6 April 2018 from shop.footballaustralia.com.au.