A blend of experience and youth was on full display as Graham Arnold announced his 23-man AFC Asian Cup 2019 squad on Thursday.

And while the likes of captain Mark Milligan (73 caps), Robbie Kruse (69), Mathew Leckie (59) and Maty Ryan (49) have represented the Caltex Socceroos at a host of major tournaments, there are several players that will be tasting Asian Cup football for the first time.

In fact, Arnold named 11 players in his squad with less than 10 Australia caps, representing the birth of a new era under his tutelage.

THE ANNOUNCEMENT: Australia's AFC Asian Cup 2019 squad revealed
HOW TO WATCH: All the details on how to follow the Caltex Socceroos' progress in the United Arab Emirates

And with his promise to play “energetic, high-intensity football in the United Arab Emirates”, Caltex Socceroos fans should be excited about what lies in store.

Read on for a snapshot of the aforementioned eleven!

Amini - who burst onto the scene at Central Coast Mariners - spent time at German giants Borussia Dortmund and Danish outfit Randers before settling at AGF. In his third season at the club, Amini has played 17 of a possible 20 league matches in a central midfield role, scoring one goal.

Boyle made an immediate impression on debut in November before scoring a brace against Lebanon. The speedy wide man has four goals in 16 Scottish Premiership appearances this season.

Having already played in Australia, Norway and France, the left-back’s experience belies his years. Involved in a very successful set-up at Rosenborg this season that won the league and cup double in the recently completed campaign.

Grant’s Hyundai A-League form for Sydney FC in recent years has earned him a deserved call-up. He made his debut against Lebanon in November and the right-back showed he fits right in at international level. 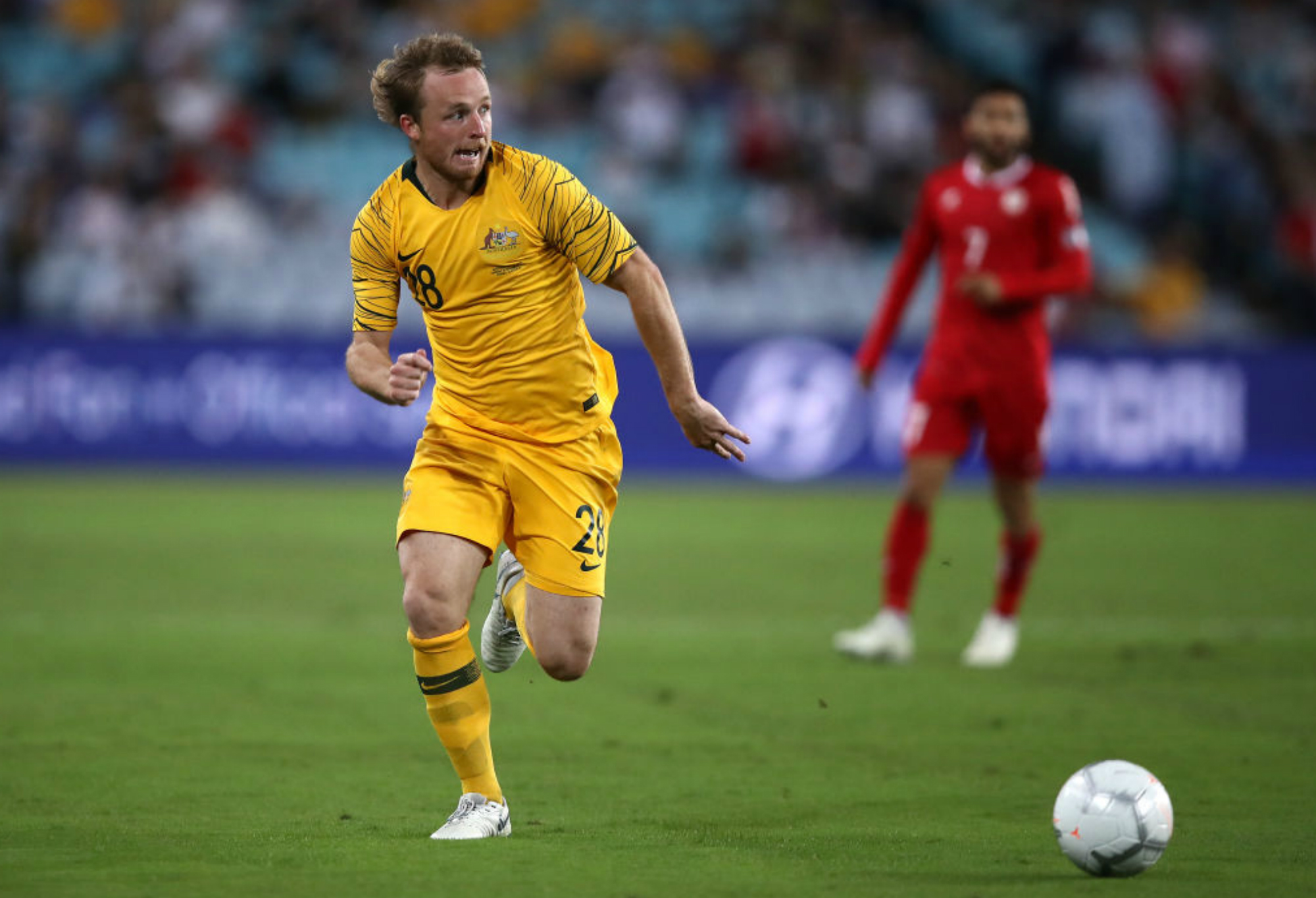 Since returning to Australia in January, Ikonomidis has lit up the Hyundai A-League, scoring eight goals in 18 appearances for Western Sydney Wanderers and Perth Glory. The midfielder links with teammates very well and is one of the brightest young talents in Australian football.

Jurman may have been involved in a number of national team camps but with five caps to his name, is still looking to cement himself for the Caltex Socceroos. After more than 100 Hyundai A-League appearances for Sydney FC and Brisbane Roar, the centre-back spent time in Korea before joining Al Ittihad, where he is a first-team regular.

Like Jurman, goalkeeper Langerak has been involved in several Caltex Socceroos camps. After spending a large chunk of his career in Germany, Langerak moved to Japan in 2018 and was kept busy as his Nagoya Grampus side just avoided relegation. 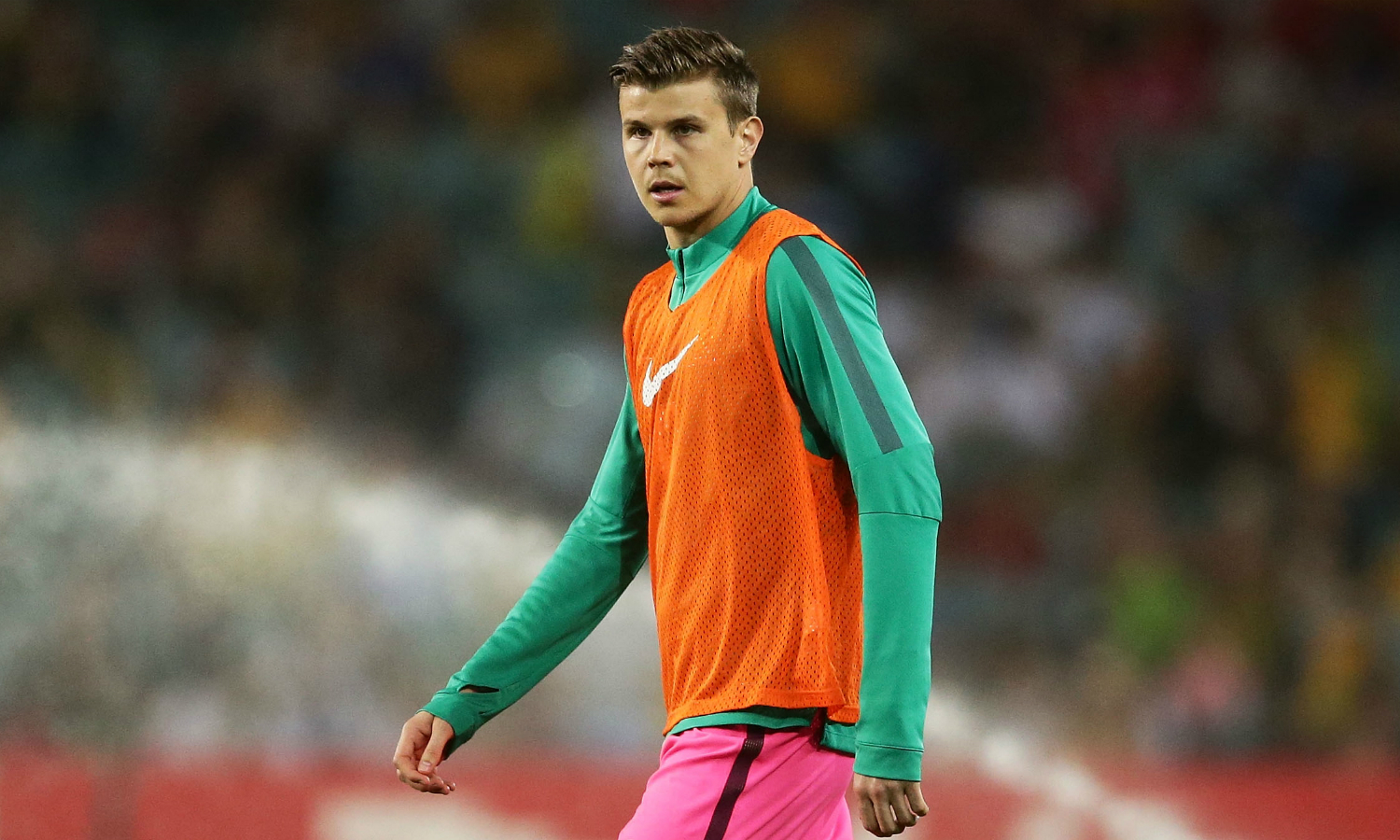 The Kenya-born Mabil hit the headlines when scoring on his Caltex Socceroos debut against Kuwait. He has looked lively in matches since and is in great form in Norway, having scored five goals in 16 league matches this season from the wing.

After scoring eight goals in 15 Scottish Premiership appearances last term, Maclaren has made five starts so far this campaign. The 25-year-old striker will hope for further chances in the United Arab Emirates as he hopes to score his maiden goal for Australia.

The striker recovered from a serious shoulder injury suffered at the FIFA World Cup to finish the J-League season with a string of appearances. Nabbout set up several goals and was a member of the team that won the Emperor’s Cup final earlier this month.

An ever-present since making the switch to Europe, Vukovic is enjoying life with the Belgian giants. Genk top the league and Vukovic has been a key part of that success, form that has seen him return to the national team fold. The goalkeeper played the second half of Australia’s win against Lebanon last month. 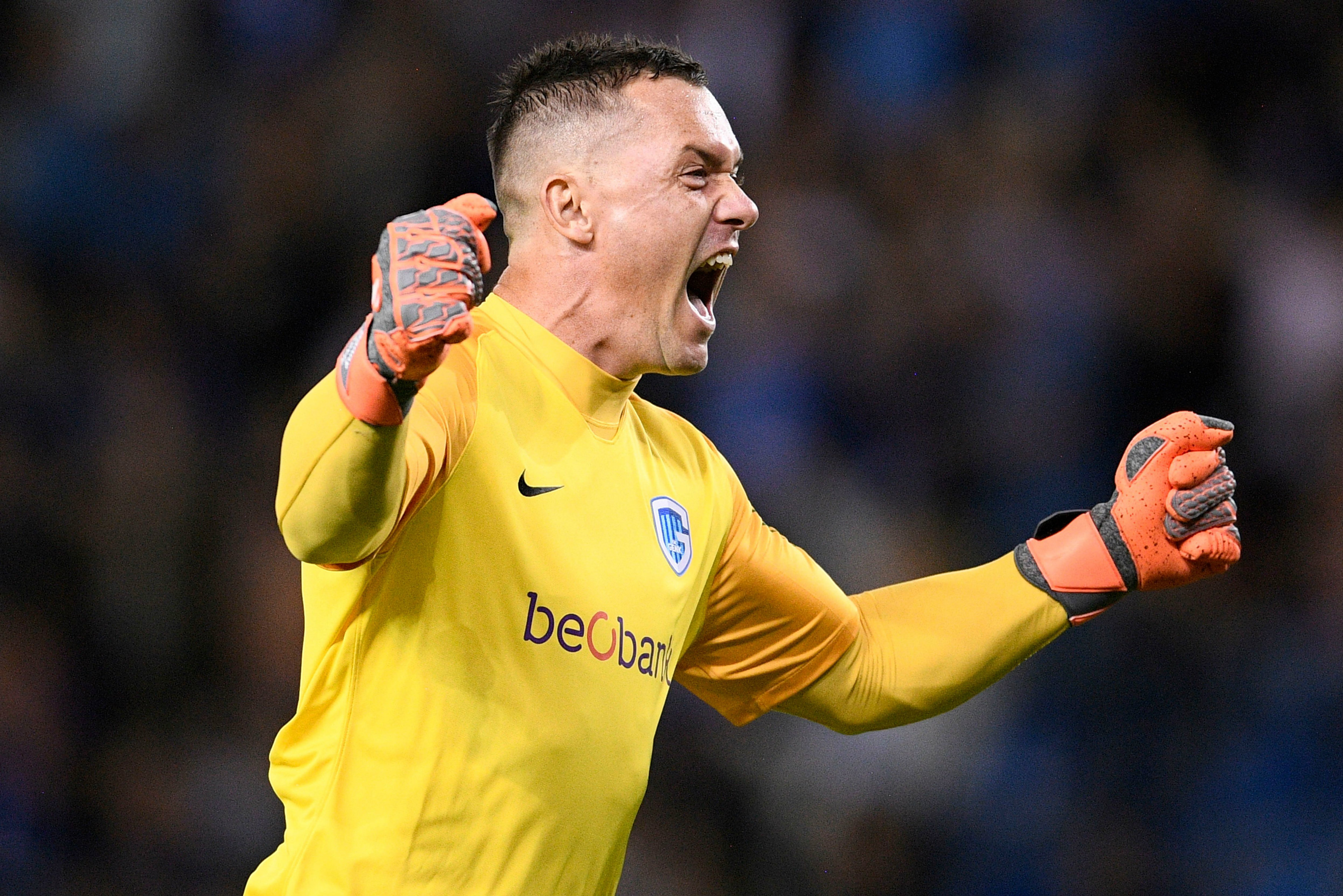