Meet some of ACT’s Socceroos alumnae

With Australia playing at GIO Stadium on November 12, we spotlight some of the best-known players from the ACT who've had the honour of wearing the Socceroos' jersey.

Playmaker: Tom Rogic (Celtic)  Rogic will be the big drawcard for Canberra fans in this crucial FIFA Russia World Cup 2018™ qualifier. The former Nike Chance winner has all the attributes to become the next big star in the Socceroos.

Defender: Andrew Bernal  The powerful and fit defender enjoyed a great career first in the NSL with Sydney Olympic and later – thanks to the help of Olympic coach Mick Hickman - with Reading, where he stayed for seven seasons. Also played in La Liga. And with a Spanish background, after his career was over was given the job of working for David Beckham’s family during their time at Real Madrid as a minder/representative in the Spanish capital. Also worked as an agent and coached Olympic FC in Canberra in 2014. He played 21 times for the Socceroos mainly under Eddie Thomson.

Midfielder: Carl Valeri (Melbourne Victory)  The current Melbourne Victory captain played 52 times for his nation after almost ten years plying his trade in Italy. He remains of the most respected players in the Hyundai A-League. 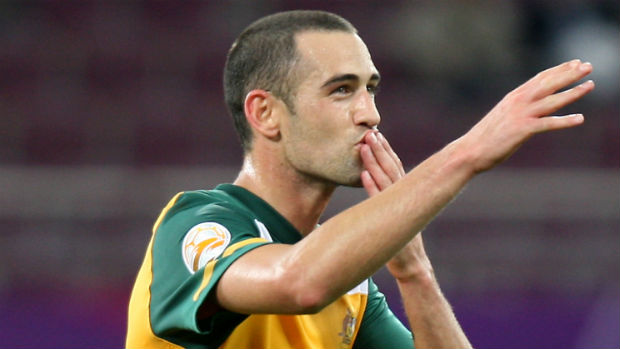 Defender: Nikolai Topor-Stanley (Western Sydney Wanderers)  A foundation player and ACL winner with Wanderers, the tall powerful 30-year-old defender was first capped in 2008. NTS has been a powerhouse for the red and black since they came into the Hyunda A-League.

Midfielder: Ned Zelic  One of the Socceroos’ greatest ever, tall and very skilful Zelic was a star in the German Bundesliga in the 1990s and is now a popular Fox Sports commentator.  Famously scored twice against Holland to book the Olyroos’ spot at Barcelona 1992.

Defender: Ante Juric  Capped in the early part of the last decade, the cultured defender got noticed at the 1993 World Youth Championships before making four appearances for his country almost ten years later. Now he’s an assistant coach with the Westfield Matildas and is also a qualified teacher.

Midfielder: George Kulscar  Born in Hungary but raised in the ACT, the naturalised Aussie made a handful of appearances for the Socceroos in the mid-90s while playing in Belgium for Royal Antwerp. These days coaches on the south coast of NSW.