It's a feeling Australian football fans know all too well. Getting up at 3, 4, 5am in the morning to watch your favourite overseas team.

For Maty Ryan, that was no different. Growing up in Australia as a kid, Ryan would wake up in the early mornings to watch his beloved Arsenal and their star players from Thierry Henry to Dennis Bergkamp, Patrick Vieira to Robert Pires, and Cesc Fabregas to Robin van Persie.

We're sure he was probably late for school some mornings watching Arsenal play in the Champions League...

And now, as a 28-year-old professional footballer, Ryan has officially joined the club he grew up supporting, inking a loan deal with the Premier League outfit for the rest of the season.

“There's still an aura of surrealness to it all, to be honest,” Ryan told Arsenal.com.

“I’m really proud, it's great and it's hard to sort of put into words the emotions and feeling that this is becoming a reality.

“All those mornings as a young kid in Australia, getting up to watch the Champions League games and all that at four o'clock in the morning when I had school and these types of things. The support back in the Thierry Henry and Dennis Bergkamp days, all these sorts of things, to now be here fills me with a great sense of pride and achievement.

“I’m just looking to do the best that I can for the club and represent the club in the best possible way and ultimately help the club to achieve more success.”

Ryan joins Arsenal from Brighton, where he recently lost his number one spot in the team.

However, he is determined to push current Arsenal first-choice Bernd Leno all the way, creating some healthy competition for that number one spot.

“I’ve never been a goalkeeper where I've liked to sit on the bench,” Ryan added.

“I’m sure every goalkeeper says that, but I've come here under the circumstances where Bernd has obviously done a great job for the club in his time since he's arrived and he's a very top-quality goalkeeper. 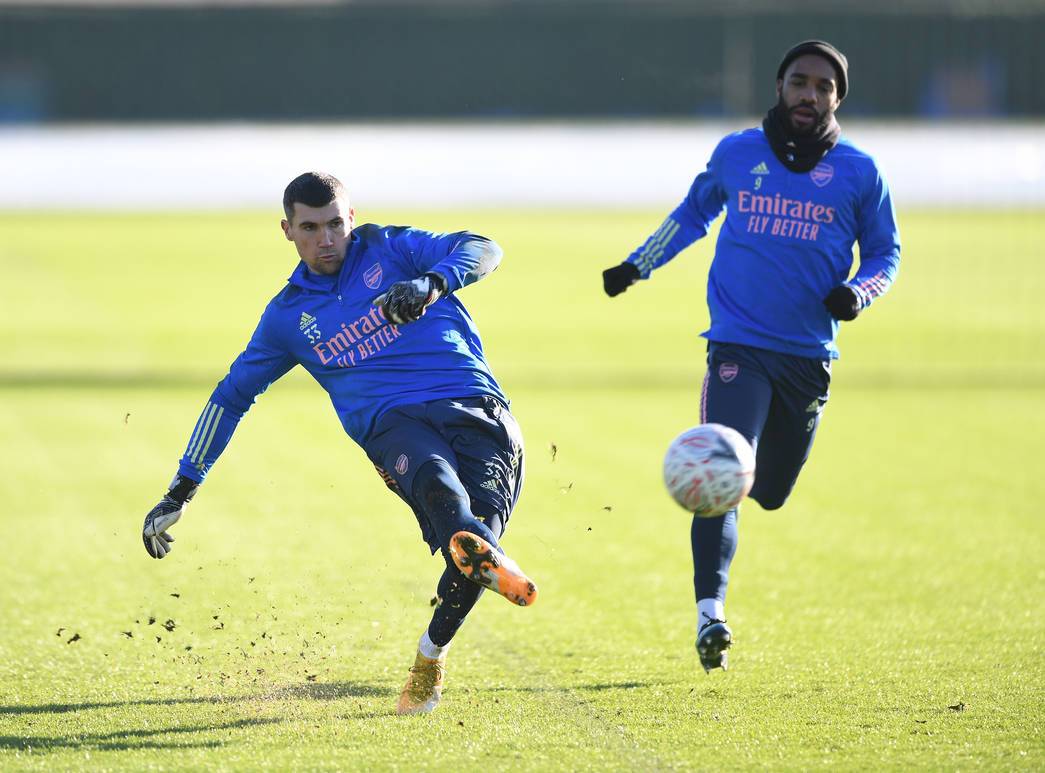 “But I believe also that I've shown that in my career until now also and I'm looking to come in here and push him and him push me. Like I said, we'll try to get the best out of one another and to improve as individuals.

“If we can do that, then who's going to be getting the nod on matchday with the number of games that we have in all the competitions that we're still alive in? It's going to be who's in the best form and that's only going to help the team to perform better and to get better results hopefully.

“So I'm very eager and keen to be here and get to work and start creating some nice memories through being successful.”