One of world football’s oldest derbies will have a distinctly Australian flavour this season.

There will be no mateship on display when Heart of Midlothian’s Ben Garuccio confronts Hibernian-based Australian teammates Jamie Maclaren and Mark Milligan in November’s Edinburgh derby.

Garuccio has already claimed the scalps of two Caltex Socceroo colleagues this season after Hearts’ 1-0 triumph over Celtic in August.

READ: Cahill to get Caltex Socceroos farewell game in Sydney

He’s now relishing one of the biggest dates on the Scottish footballing calendar, when Hearts welcome Hibernian to Tynecastle Park on November 1, with kick off at 6.45am (AEST).

“There’s really big games to be played, you’re playing against Tommy (Rogic) for Celtic and now coming up against Macca (Jamie Maclaren) and Mark Milligan for Hibs as well. It just adds to the tastiness of the derby,” Garuccio told www.socceroos.com.au.

“It’s really exciting and it’s nice to know that other Australians rate the league highly as well and they want to play there also.

“It’s easy to tell why, because you’ve got the big teams that are pulling in really big crowds and even the game against Celtic in round two was a little bit of a taste of it and it was absolutely amazing.”

Garuccio has taken the Scottish Premiership by storm since trading Adelaide for Edinburgh in July.

Hearts enter the international break as early pacesetters, with the 23-year-old playing a key role in their perfect start.

Garuccio has started all four league wins and has also contributed a goal and two assists in the Scottish League Cup.

It’s this kind of form that has seen him rewarded with his first senior call up to the Caltex Socceroos.

“I’m absolutely buzzing. It’s been my goal and every young player’s goal in Australia for a very long time," he said.

“Absolutely delighted to be brought in and a little bit surprised to be honest, but I’m really happy.” 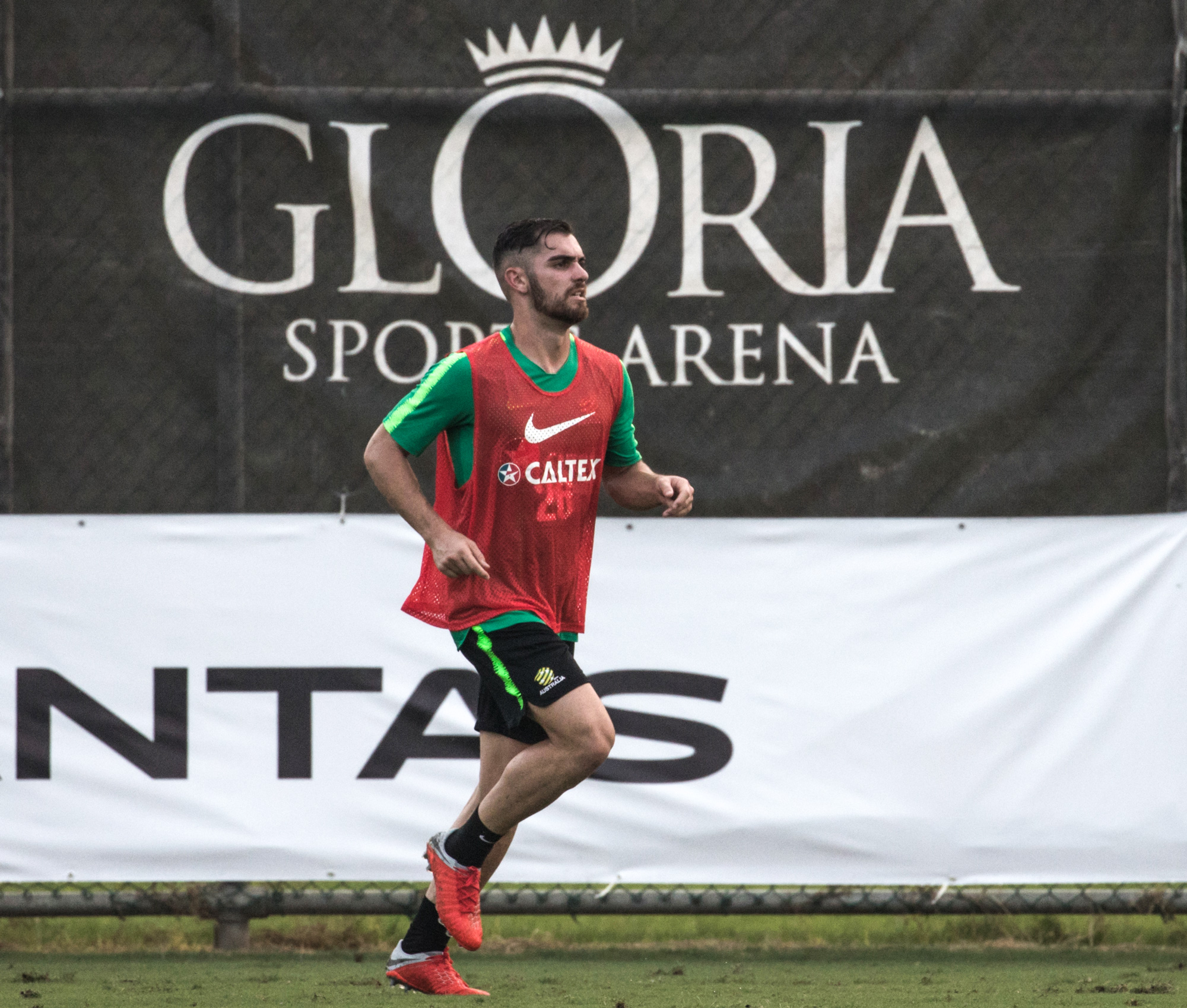 The early audition for the role of Caltex Socceroos leading striker has been one of the talking points of Graham Arnold’s first training camp.

But another intriguing positional battle is unfurling on the opposite side of the pitch.

Aziz Behich has made the left back spot his own in 2018, but the freshly-signed PSV flyer must now contend with the likes Garuccio and Rosenborg youngster Alex Gersbach.

REACTION: 'Most emotional game of my career': humbled Cahill ready for farewell

23-year-old Garuccio and 21-year-old Alex Gersbach are two emerging faces for the Arnold era, and could provide the more experienced Behich with instant competition.

Garuccio says he’s looking forward to fighting it out with his Caltex Socceroos teammates in Antalya and beyond.

“That’s how you get the best out of yourself, competing against the best," he said.

“Aziz just got an unbelievable move to PSV and that’s what he deserves after a really strong world cup.

“Gers has been over in Europe now for a few years and he’s playing at the biggest club in Norway.

“It’s exciting, these boys are all going for the clubs and doing well respectively so I think it just adds to that competition and it’s just healthy.” 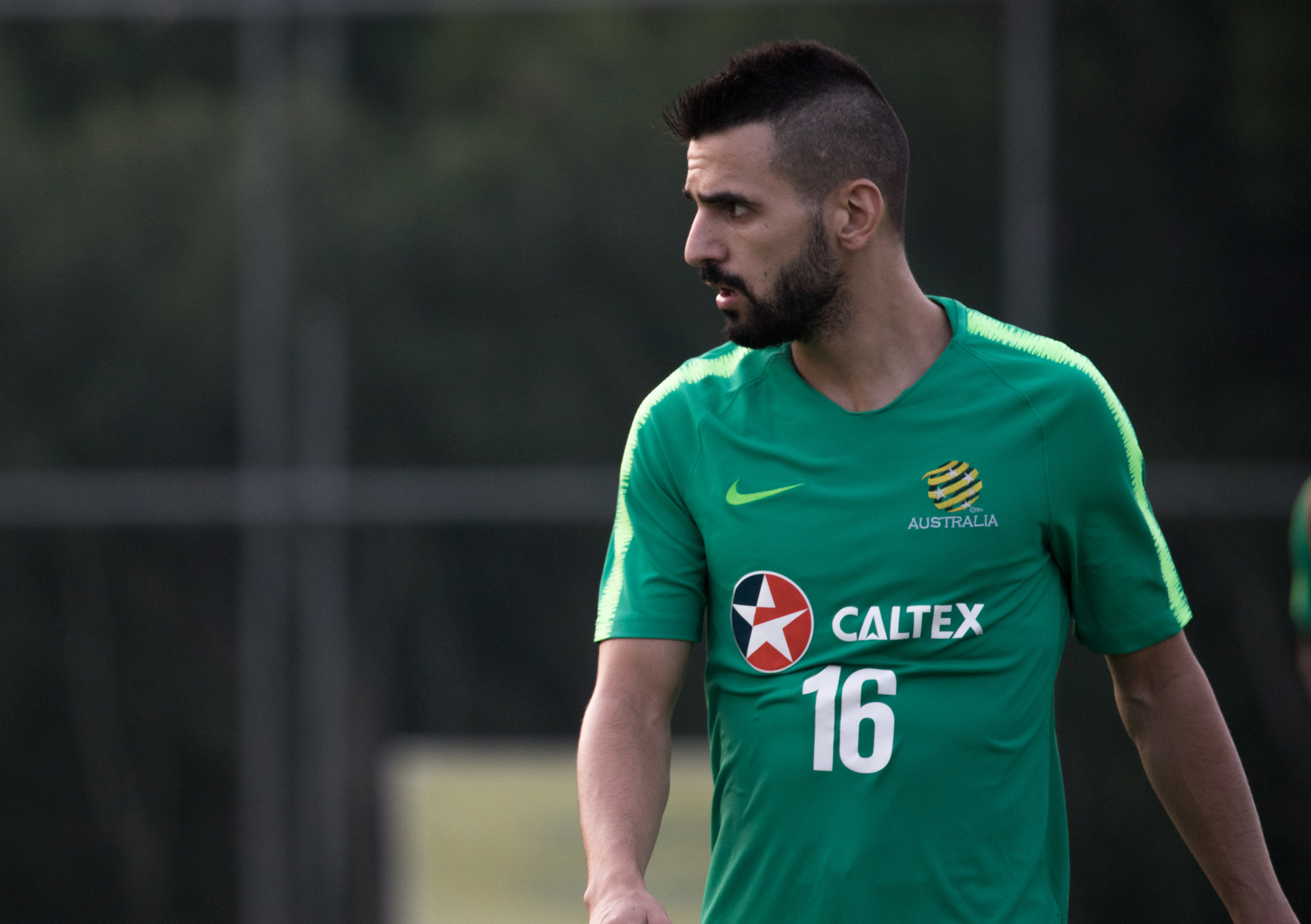