The Socceroos are only one win away from qualifying for their fifth-consecutive World Cup with a one-off intercontinental play-off against Peru on Tuesday morning at 4am (AEST) looming as the final hurdle.

After beating the UAE 2-1 in a tense Asian qualifying play-off on Wednesday morning, the Socceroos are just one win away from qualifying for the FIFA World Cup Qatar 2022™.

Jackson Irvine put Graham Arnold's side in front against UAE with a close-range strike in the 53rd minute before Caio Canedo levelled four minutes later. Ajdin Hrustic then stepped up to score the winner with a well-hit volley that deflected into the net with six minutes remaining.

The match against Peru takes place at the Ahmad Bin Ali Stadium in Doha, the same venue where Australia defeated UAE.

The Peruvians enter the match having only had one warm-up match for the do-or-die play-off, a 1-0 win over Australia's neighbours New Zealand 1-0 in Barcelona.

The Socceroos’ qualification path towards this year’s FIFA World Cup Qatar 2022™ commenced in September 2019 with a 3-0 win over Kuwait in Kuwait City, and after 19 games, 13 wins, and 45 goals, it has come down to this play-off against Peru.

Meanwhile, Peru qualified for the intercontinental play-off after finishing fifth in South America’s Conmebol conference, but they finished above the likes of Colombia, Chile and Paraguay.

They have lost only one of their last nine men’s internationals (W6, D2) and have won their last two on the bounce; the last time they won more in succession was a five-game stretch from November 2017 to June 2018.

Australia will face Peru in men’s international football for just the second time after succumbing to a 2-0 defeat in their only previous meeting during the group stage of the 2018 FIFA World Cup.

The Socceroos are also winless in their last seven men’s internationals against CONMEBOL opposition (D2, L5); their last win in such a fixture came against Paraguay in October 2010.

In terms of players to watch, Luis Advincula and Carlos Zambrano play their club football for Argentine giants Boca Juniors, while Alexander Callens, Luis Abram and Marcos Lopez are in the top divisions in the United States and Mexico.

Their midfield also features Yoshimar Yotún, who has been capped 118 times by his nation but with the likes of Paolo Guerrero and Jefferson Farfan both being transitioned out of the Peru team, Benevento's Gianluca Lapadula is likely to lead the line.

On the other hand, the Socceroos will be hoping Martin Boyle, Hrustic and Irvine can build on their impressive form of late.

Irvine has been directly involved in more goals in World Cup 2022 qualifying than any other Australian player (4 goals, 5 assists) while Boyle has made 37 take-ons since the beginning of round three, the second-most of any player in the tournament in that time.

Also of note, all three of Hrustic’s goals for Australia in 2022 World Cup qualifying have come in the final 24 minutes of play from outside the box.

Whether Adam Taggart or Trent Sainsbury will be able to prove their fitness ahead of the clash remains to be seen.

Australia will need to be at their best to play through an experienced Peru side but the Socceroos have played plenty of football in the Middle East due to COVID so the neutral venue should suit them.

Elsewhere in FIFA World Cup Qualifying, New Zealand meet Costa Rica in the other intercontinental play-off to determine the remaining spot at the finals 24 hours after the Socceroos and Peru face off.

The Socceroos' FIFA World-Cup Play-off match will be broadcast live and free on Australia's 'Home of Football,' Network Ten.

The match will be shown live on Channel 10, and streamed via both 10 Play and Paramount+. 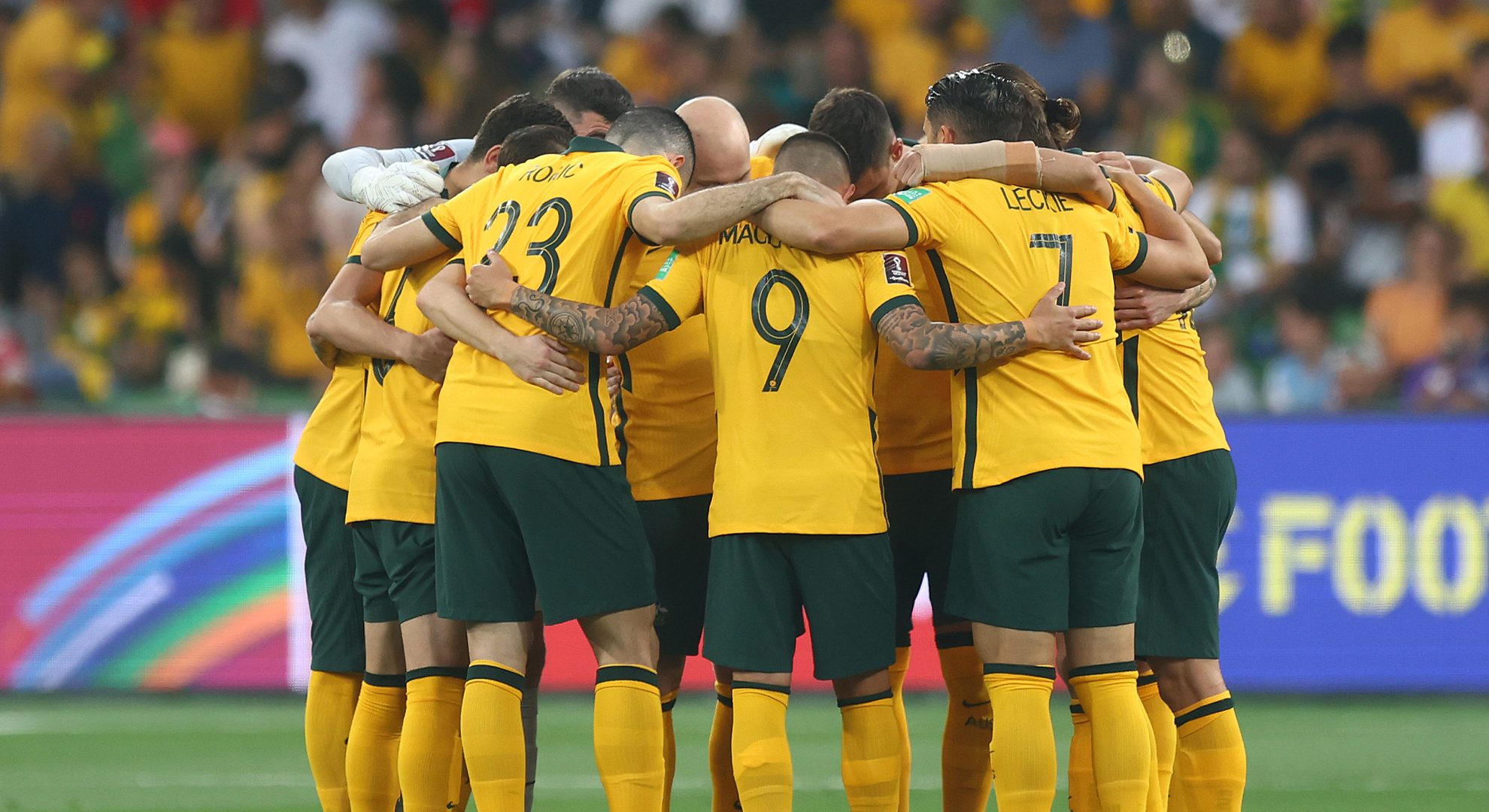 “The old Aussie DNA was about backs to the wall. We liked that! We liked being the underdog. We liked people saying that we have no chance or we cannot achieve anything. That was the way it used to be in Australia … that’s what I’ve been driving to these boys. That sometimes you don’t play well but you can still win by fighting, running and chasing and being aggressive. And that also can be a success.

“I was probably 50 per cent happy with our team against UAE. I think there’s a lot of improvement still … that’s what we need. We need all of them to play better games against Peru.”

“We are going to prepare ourselves with everything. We know Australia are a strong, persistent team but I cannot say whether they have gotten stronger since our last World Cup meeting.”

Should the Socceroos defeat Peru, they will secure a place in Group D featuring France, Denmark, and Tunisia at this year’s FIFA World Cup which will be held between November 21 and December 18.