The Socceroos return to action on Friday morning at 5:30am (AEDT) as they face Oman in their third match of the third round of FIFA World Cup Qatar 2022™ qualifying.

The match, which was originally scheduled to be played in Australia, takes place at the Khalifa International Stadium in Doha - the same venue that Australia defeated China PR 3-0 at on matchday one.

Up for grabs is the chance to become the first nation ever to register 11-straight wins in a single qualifying campaign and the opportunity for Australia to extend their lead at the top of Group B.

The Socceroos have six points in the group after defeating China and Vietnam - a further three points will hold the side in good stead before a trip to Japan five days later.

While the Green and Gold will be looking to make history and continue their strong start to the final phase of FIFA World Cup qualifying, Australia will face their biggest test in some time against Oman.

Despite being ranked 78th in the world, Branko Ivanković's side showed exactly what they were made of in matchday one by beating Japan 1-0 in Osaka.

In their most recent World Cup qualifier, Oman were narrowly defeated 1-0 by Saudi Arabia. The Reds were extremely unlucky to be defeated as they defended resolutely and restricted Saudi Arabia to only one shot on target.

Oman also squeezed in a friendly at the end of September with a 7-2 win over Nepal to ensure they are ready to fire at both ends of the pitch.

Oman will also be looking to improve their head-to-head record against Australia. The Socceroos have won five of the previous nine meetings while Oman have won once and three draws have been played out.

With Australia selecting a similar squad to their last camp, the Socceroos will be eager to build on their momentum and move one step closer to a fifth-straight FIFA World Cup Finals appearance.

Australia have gone four games without conceding and a tight tussle is expected as both teams have plenty to play for.

Yet again October's match will be broadcast live and free via Network Ten and 10 Play. 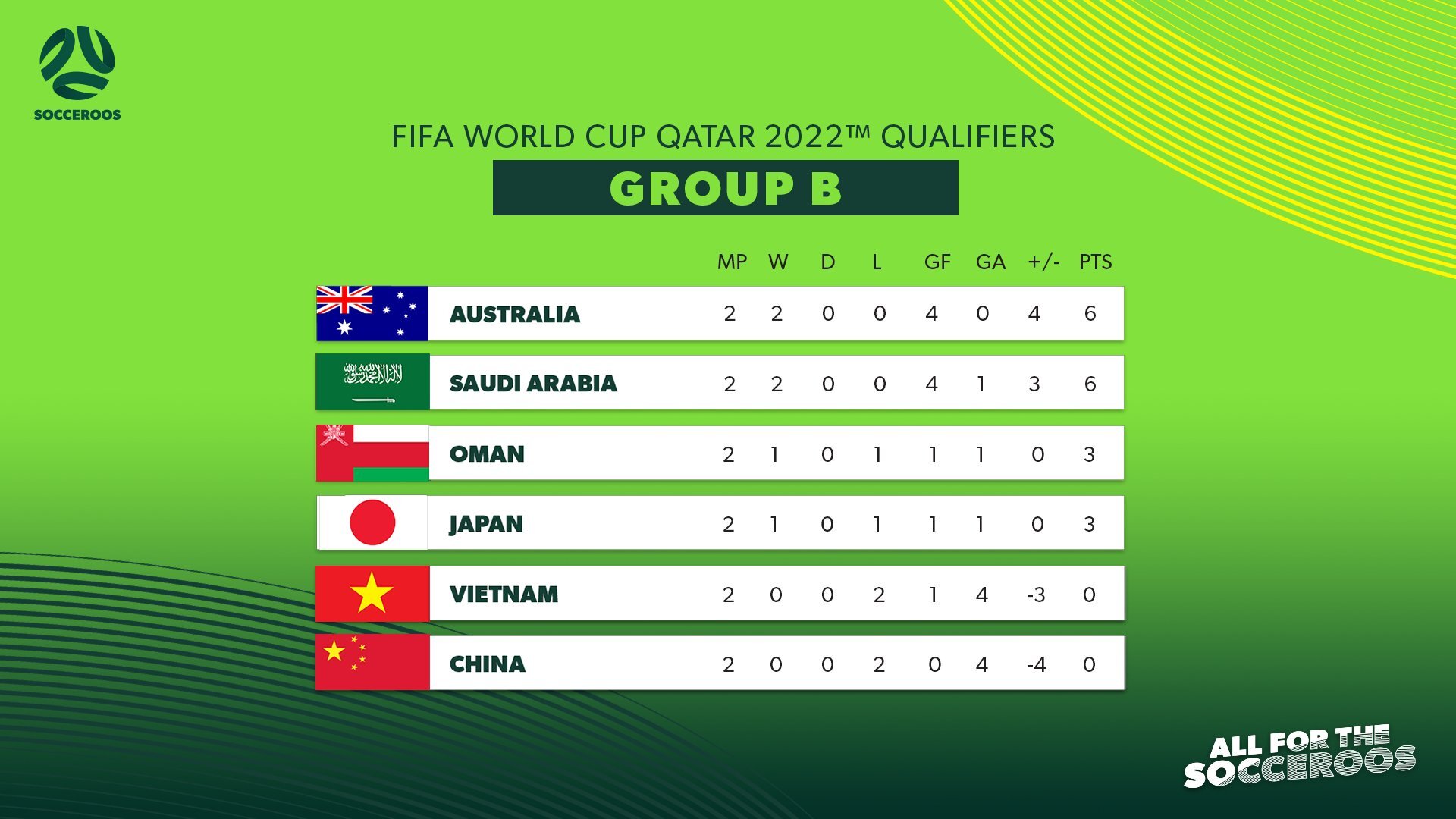 “It's one game at a time and our focus at the moment with the boys coming to camp is all about the game here in Qatar.

“We’re playing in an air-conditioned stadium on a great surface so it’s about getting those three points and it's one game at a time.

“We don't look too far ahead. Yes, it's been a great start but I expect that to continue.”

“Our group is so, so tough. As you know in this group there’s Japan, Australia and Saudi Arabia, teams which normally participate in the World Cup in the last 20 years.

“We have a young group of players who are motivated and well-prepared before our matches.

"The confidence they have showed in their previous two games did not come from nowhere, after all. We will work to prepare them well."