The Socceroos return to action on Saturday morning (AEST) as they face Nepal in their next FIFA World Cup qualifying match, with a guaranteed first-placed finish in sight.

Australia are on the verge of mathematically securing their place in the third stage of FIFA World Cup qualifying with two games in hand thanks to a 3-0 win over Kuwait and a 5-1 victory over Chinese Taipei over the past week.

The Green and Gold have now won six straight games – either side of an 18-month lay-off – for the first time since Frank Farina’s side in 2001.

While the Socceroos can secure top position in their group with a point against Nepal, Graham Arnold is expected to again rotate his squad having already utilised 26 of the 29 players he has at his disposal.

During the last two matches, Arnold has handed debuts to six of the possible seven players who were eligible to make their first international appearance leading into the camp.

Lawrence Thomas, formerly of Melbourne Victory in the A-League and now representing Danish Super League club SønderjyskE, is the only player left in the camp who is uncapped.

As for the opponents, Nepal cannot advance to the next stage of qualifying having won only two of their seven group games.

Nepal, who are ranked 130 positions below the Socceroos, have conceded 19 goals so far with their only two victories coming against Chinese Taipei.

Australia has only ever played Nepal once before and the match finished in favour of the Socceroos as they recorded a 5-0 victory in Canberra back in 2019.

On that day, Jamie Maclaren scored a memorable first international hat-trick to go with Harry Souttar's double on debut.

Arnold’s men will no doubt be looking to build on their impressive form in the final third and sure up top position in Group B with a historic seventh victory in a row. 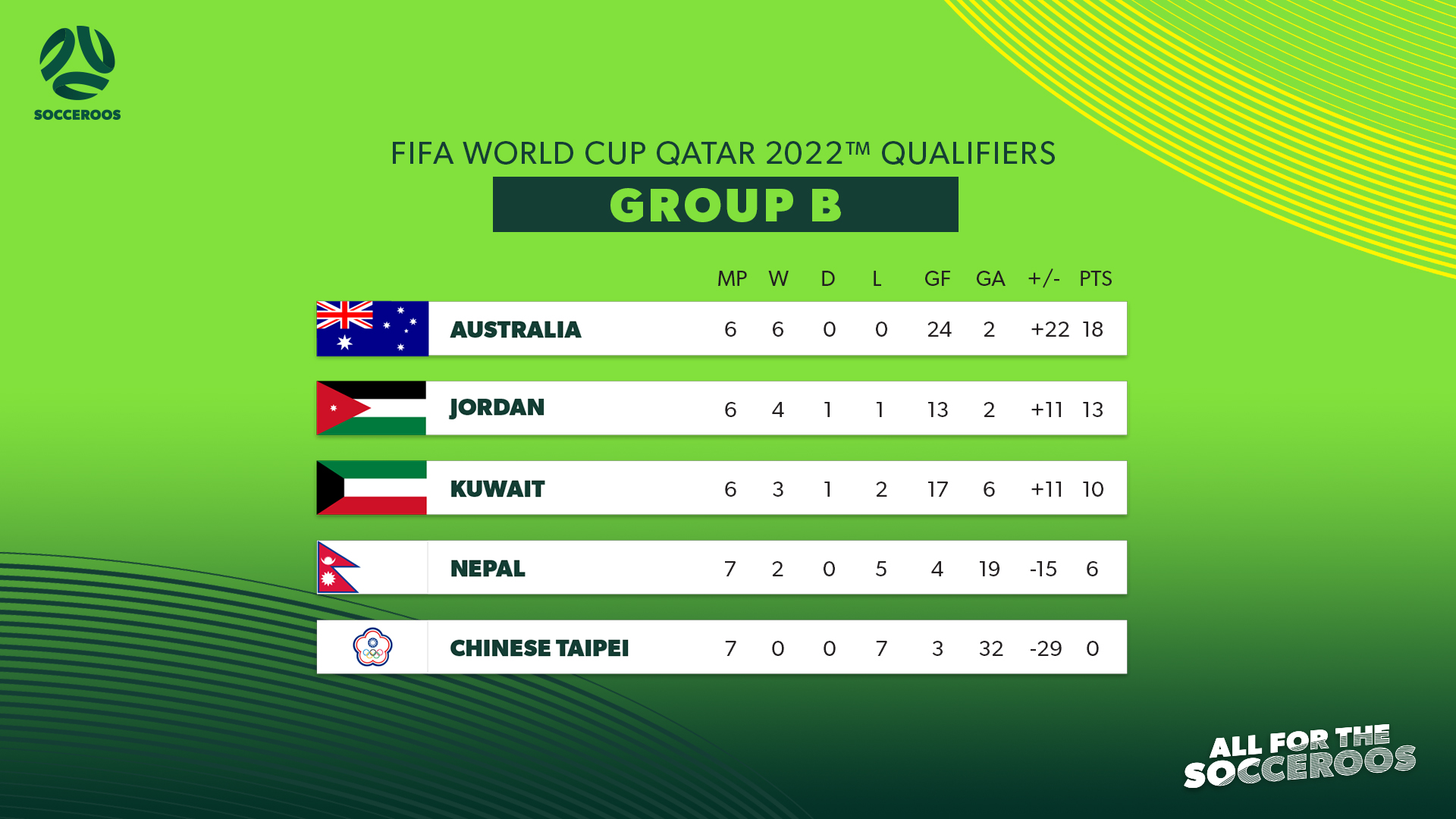 On the packed schedule:

On the fitness of the squad:

"The boys are in great shape. Unfortunately, we lost Brad Smith and Apo Giannou to little niggles but other than that, the boys are fine and we have great energy in the camp so we are all excited for the next two games."