The Socceroos will look to capitalise on the home crowd advantage on Thursday night (March 24) as the Socceroos face Japan at home for the first time in five years.

After being defeated 2-1 away in Japan late last year, victory over a quality Japanese outfit will help the Green and Gold, in front of vocal Australian and Japanese fans in Sydney, will help Graham Arnold's side take a huge step towards automatic qualification for the FIFA World Cup.

Japan started this phase of qualifying in poor form as they lost at home to Oman and away to Saudi Arabia. However, Hajime Moriyasu has since been able to turn them into a tough and deadly opponent, currently sitting three points ahead of Australia before Matchday 9.

While Australia’s hopes of reaching the World Cup Finals in Qatar hang in the balance, the Socceroos are not overlooking their Japanese opponents and remain in the hunt for one of the two automatic qualification spots in Group B.

Defeating Japan would go a long way with keeping the pressure on Japan and Saudi Arabia who sit atop of the standings and a victory against their world #23 ranked opponents would see the Socceroos rise above Japan on goal difference and in the all-important automatic qualification slots heading into Group B's tenth and final matchday. 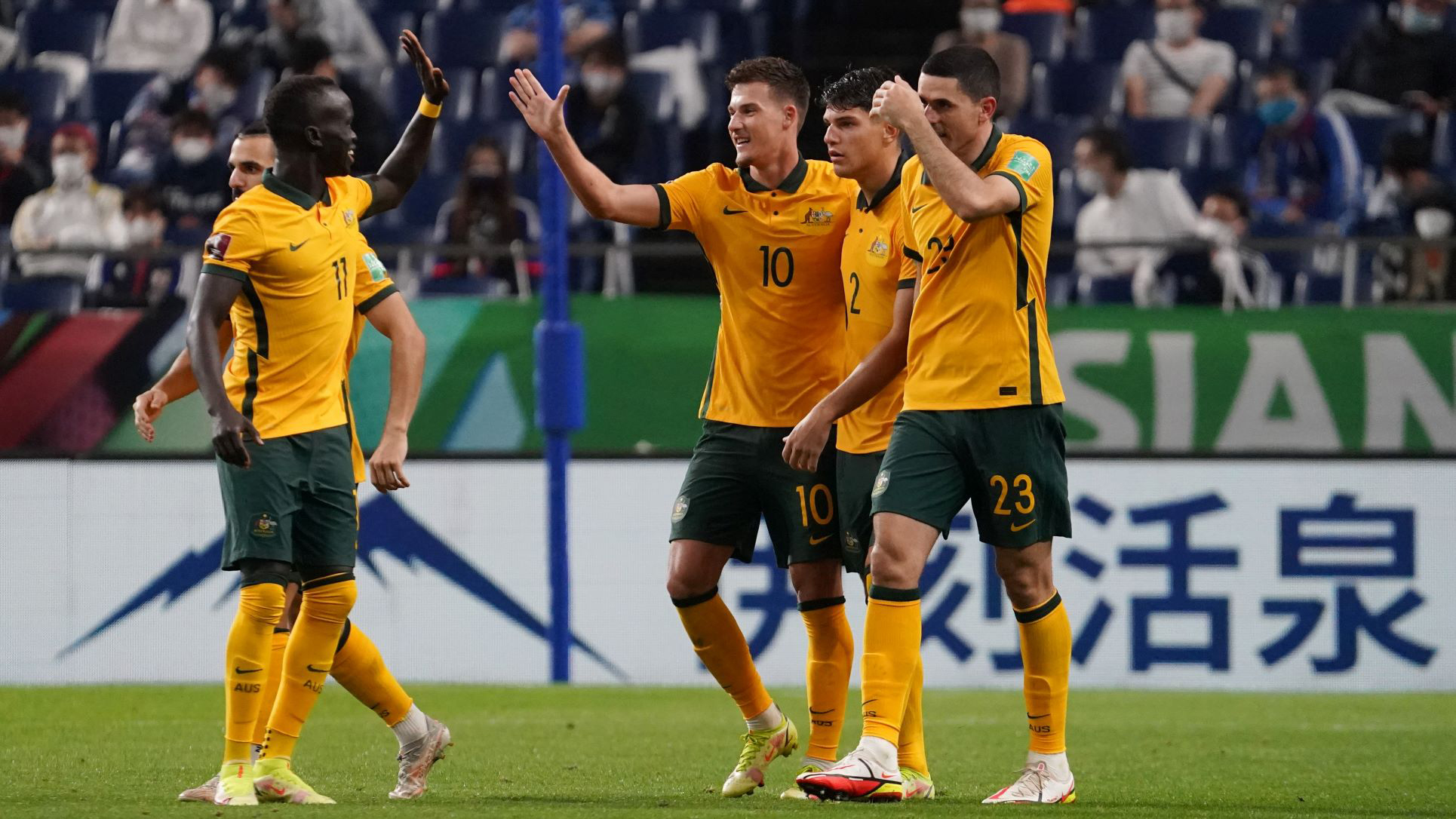 Returning to the Australian fold is a mix of new and old faces such as Ben Folami and Bruno Fornaroli who will bolster the talented Australian attack.

The duo will add a further attacking threat in the final third as Jamie Maclaren will miss the final clash against Saudi Arabia due to his wedding, while Adelaide United's Craig Goodwin and St Pauli's Jackson Irvine will miss out due to COVID-19 complications.

Folami isn't the only uncapped player in the Socceroos squad as Nathaniel Atkinson, Bruno Fornaroli, Nick D'Agostino and Gianni Stensness could all make their debuts against Japan this coming Thursday night.

Preparations for the game will follow a familiar pattern to January's window, with Socceroos Head Coach Graham Arnold yet again forced to miss out on face-to-face time with the players after returning a positive COVID-19 result.

However, these distractions won’t faze the Green and Gold as they will go all out in a 90-minute crucial battle against Japan as they hunt back-to-back victories on home soil.

Elsewhere in Group B, China is at home to Group B leaders Saudi Arabia while Vietnam plays Oman at home.

WATCH MORE: Were you there? Socceroos v Honduras - 2017

“This window represents a great opportunity for our players and staff to do something truly special for Australian football, and we will be focusing all our energies on producing two great performances against Japan and Saudi Arabia and lifting the Socceroos to the World Cup,” Arnold said.

“But I truly view March 2022 as a win-win window for this group. With a play-off spot for June already locked in, if required, the players will be able to come to camp with clear minds as to what’s ahead of them, and enjoy the time that they have working hard together and playing in front of their family, friends, and fans. 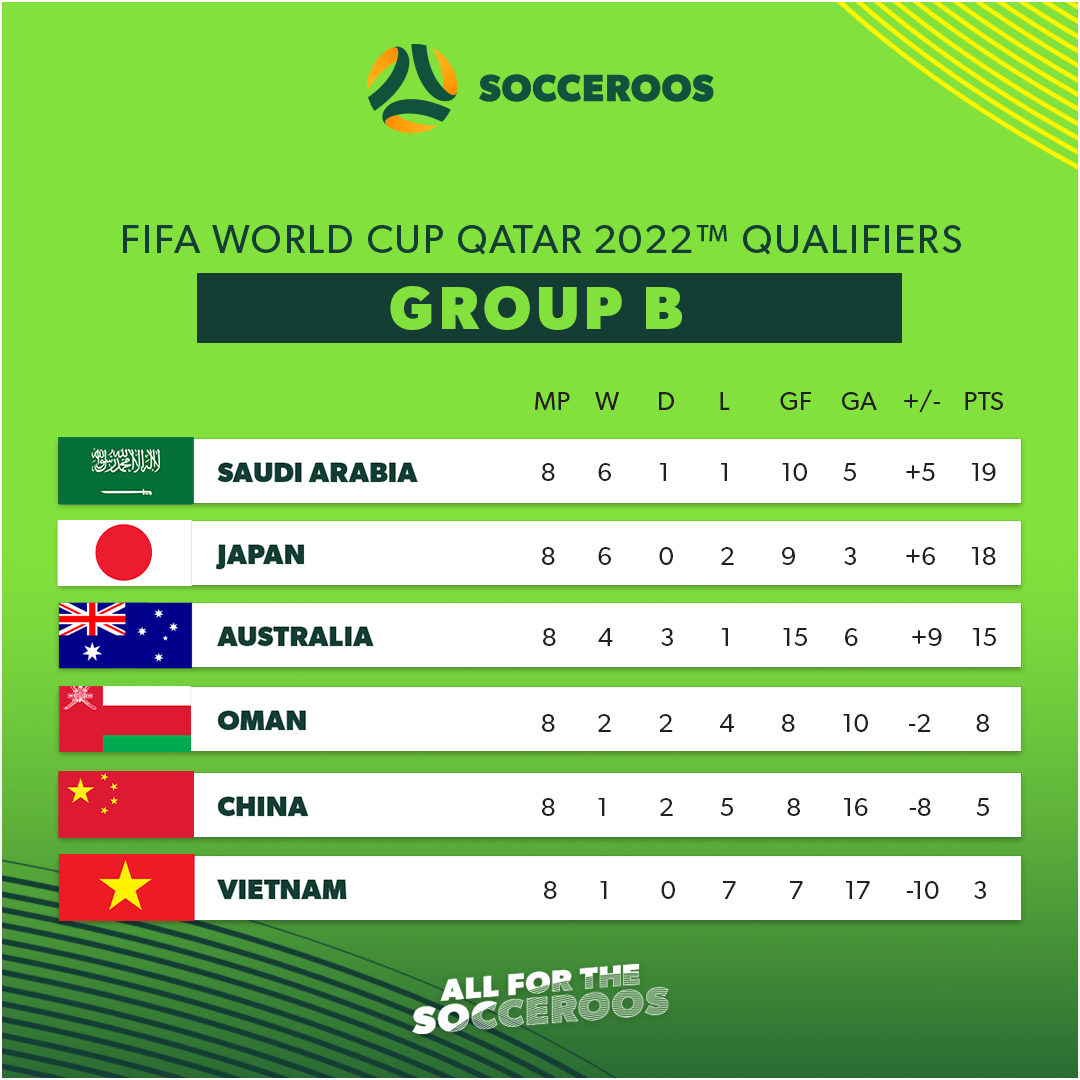 March's matches will be broadcast live and free on Australia's 'Home of Football,' Network Ten.

Socceroos fans can watch live from 7:30pm AEDT on Channel 10, or 10 Bold if you are in Western Australia.