The Socceroos are back on the road as they travel to the United Arab Emirates to face China on Wednesday morning at 2am (AEDT).

After a 0-0 draw with Saudi Arabia on Thursday night in their first game back on home soil in over two years, Australia will be hoping to gain all three points against China.

The match, which was originally scheduled to be played in China, takes place in the UAE at the Sharjah Stadium due to travel restrictions.

China have four points in Group B and are in desperate need of three points to keep their faint World Cup qualification hopes alive.

While there is plenty on the line for China, failure to win for the Socceroos could see them drop out of the top two automatic qualification places for the FIFA World Cup Qatar 2022™.

Australia is one point ahead of Japan, who are third on nine points, while Oman is fourth with seven points.

The last time the Socceroos faced off against China, Australia recorded a 3-0 victory to get off to the perfect start in Round 3 of FIFA World Cup qualifying in September.

While Australia comfortably brushed aside China in their last meeting, history suggests the match will be a tight affair.

The Socceroos will be without Harry Souttar for the match, who has been ruled out due to a knee injury sustained against Saudi Arabia.

As a result of the injury, Kuwait SC defender Ryan McGowan and Sunderland AFC defender Bailey Wright have both been called up while Melbourne City FC forward Andrew Nabbout has returned to his club.

China, on the other hand, will be hoping that star attacker Wu Lei can continue his goalscoring form.

The 29-year-old, who plays for Spanish La Liga club Espanyol, has scored three goals in five matches in Group B so far.

Elsewhere in Group B, Vietnam hosts Saudi Arabia while Japan travels to Oman.

Once again, the action will be broadcast live and free on Australia's 'Home of Football,' Network Ten.

Kicking off at 2am AEDT, the match will be shown on Channel 10 across the nation.

Fans nationwide can also stream the action wherever they are via 10 Play app and website.  To watch all of the latest involving Socceroos and the rest of Asian Qualifying, visit https://10play.com.au/socceroos. 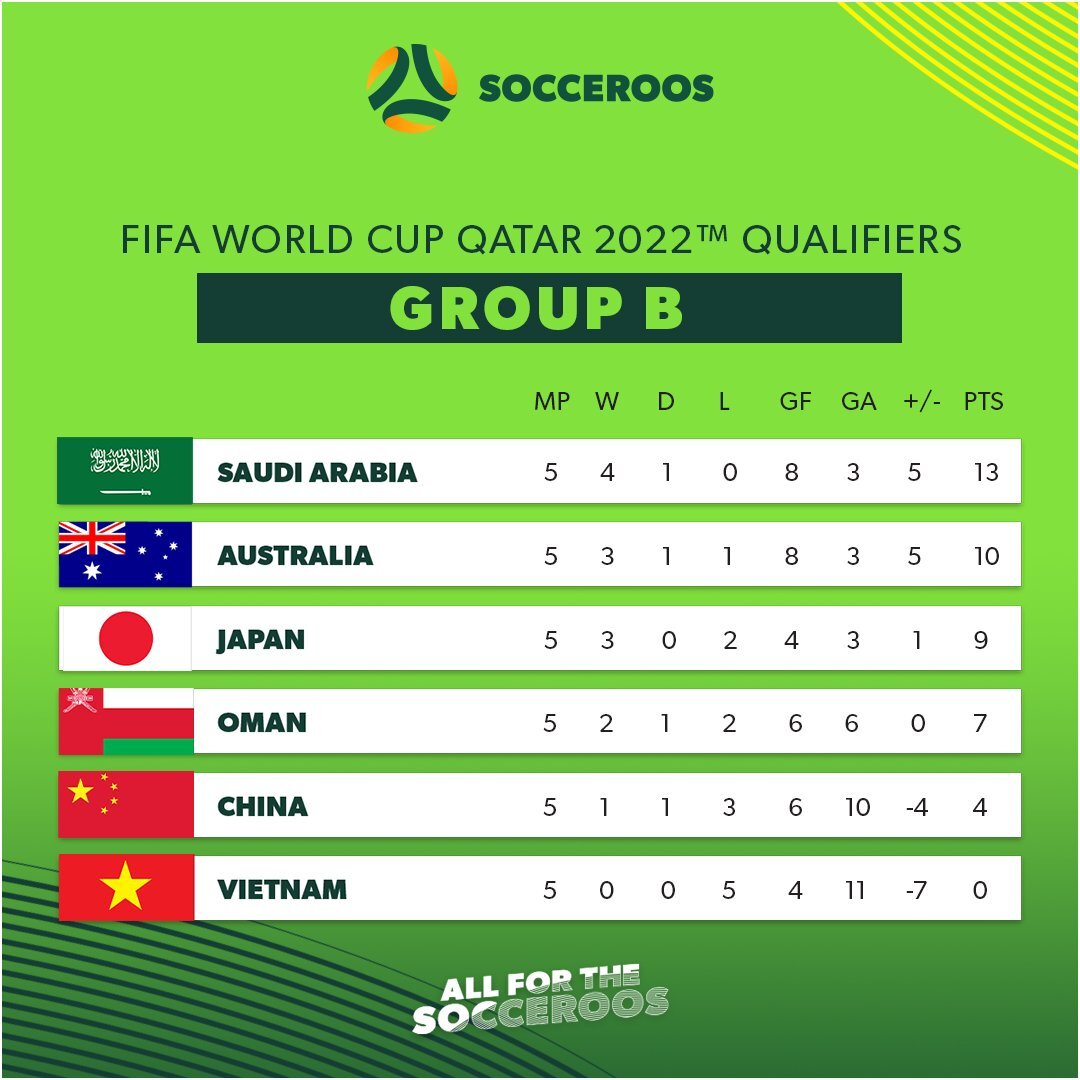 “If you've got something that's in your hands, you're in a great position rather than having to rely on other results.

The most important thing now is that we go and play China and get three points and have a great Christmas.”

"After five games, we saw the gap between us and those best Asian teams, but it doesn't mean that we have no chance at all.

"We must go all out and leave no regrets on the pitch. The Australian team is a strong opponent and we have to do our best to fight for a victory."

The Socceroos regroup at the end of January 2022 for matches against Vietnam and Oman. Due to the ever-evolving COVID-19 situation, match locations and times will be finalised in the immediate lead-up to each window.

To qualify for a fifth consecutive FIFA World Cup™, Australia must finish either first or second in Group B, which will conclude in March 2022, to qualify directly.