The trans-Tasman rivals met in a training fixture on Japanese soil, with goals to Chris Wood and Elijah Just splitting the sides in the end.

An even first stanza ended scoreless, with Daniel Arzani going close inside the final ten minutes before Premier League striker Wood created a couple of chances of his own.

It would be the Burnley marksman who broke the deadlock ten minutes into the second stanza as he converted from the penalty spot to grant New Zealand the advantage.

Despite some promising moves from Graham Arnold's side, a thumping strike from Just inside the final ten minutes would double New Zealand's lead.

All in all the majority of the squad enjoyed some valuable minutes, with another friendly against New Zealand slated for this coming Thursday.

Check out how the match unfolded play-by-play below.

You can check out all of our exclusive Men's National Team content, including in-depth profiles of squad members, here.

Check out Australia's Starting XI for this evening. 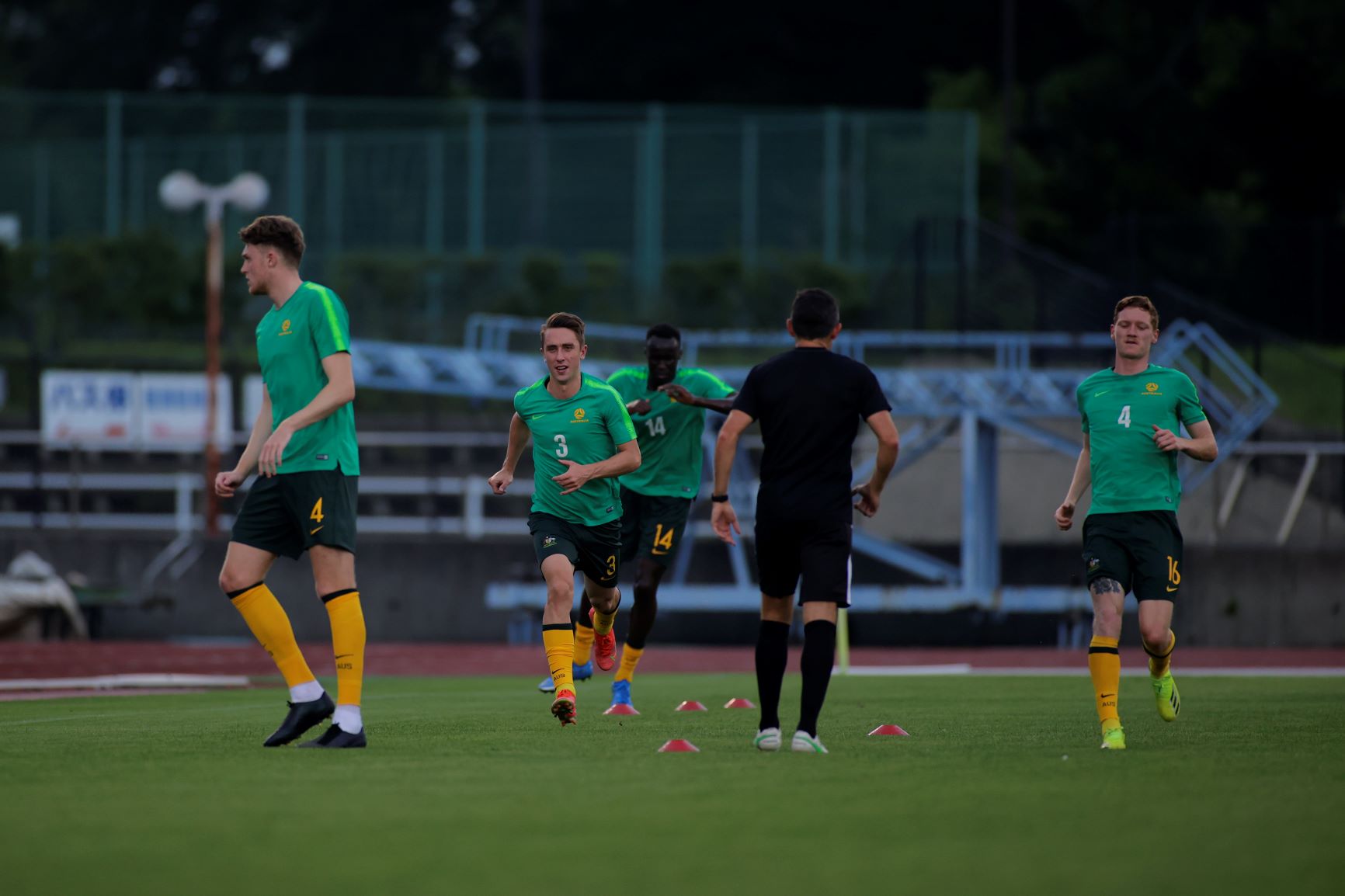 1' Our hit-out against New Zealand here in Ichihara City is underway as Mitchell Duke gets the ball rolling for Australia! Stay tuned for further updates.

5' Australia create the first opportunity of the night, as Dylan Pierias bursts down the right and delivers a cross that narrowly evades the onrushing Mitchell Duke.

10' It's been an even start, with both teams trading possession in midfield. Decent speed to the match so far.

14' Caleb Watts shows his speed to get in behind and whip in a dangerous cross that can't quite find the foot of an onrushing Australian attacker.

18' A flowing move from New Zealand makes its way into the area - however the attack is well marshalled by Harry Souttar, who wins us a goal kick.

24' Daniel Arzani makes a sharp move down the left side and releases a ball that nearly falls finds Duke & Watts, but the New Zealand defence intervene and OlyWhites goalkeeper Michael Woud can claim.

32' Still no score. Australia are maintaining possession well but have been unable to find a through so far.

Former Wellington Phoenix left back Liberato Cacace bursts down the left, however his cross for the onrushing Chris Wood is claimed by Thomas Glover.

In response, Glover releases a booming kick downfield which Mitch Duke nods into the path of Daniel Arzani, whose well-struck effort is palmed away by Michael Woud and cleared by the New Zealand defence.

38' Chris Wood strikes from just outside the area however the Premier League attacker's effort is blocked by Harry Souttar.

39' Wood is involved again, this time seeing his left-fotted shot saved well by Thomas Glover, who gets down low to his left to tip the ball away for a corner. Off the following set piece Australia win a free kick after a foul in the box.

45' HALF TIME | Chances at both ends but we are level at the break.

46' The teams are making their way onto the pitch for the second stanza. Five changes for Australia with Nathaniel Atkinson, Reno Piscopo, Riley McGree, Keanu Baccus, Lachlan Wales entering the match as we get minutes into the legs of many players in today’s training match. Mitchell Duke, Dylan Pierias, Caleb Watts, Denis Arzani and Denis Genreau are the players who make way.

51' Cacace swings a dangerous cross into the area however Souttar beats Chris Wood to the ball and heads to safety.

55' GOAL - New Zealand take the lead from the penalty spot, as an attacker is brought down in the area and Chris Wood dispatches from eleven metres.

67' A half-chance for Australia as Connor Metcalfe plays in Lachlan Wales. Wales' strike from inside the area is blocked by the New Zealand defence.

72’ Australia make three more changes as Rowles, Metcalfe, and Deng exit the game. Tilio, Devlin and Rich-Baghuelou are now on the pitch.

77’ A well-orchestrated move down the left for Australia sees King, McGree & Piscopo link up, but the Wellington Phoenix attacker's ball into the box is cleared by the NZ defence.

83' New Zealand double their lead. A thumping Elijah Just strike from outside the area makes it 2-0 with less than ten minutes remaining.

90+1’ Piscopo bursts down the left and his cross is headed at goal by Lachlan Wales, however New Zealand’s keeper collects.

We’ll meet New Zealand again on Thursday as the build-up to our Group C matches continues.