Arnold and his coaching staff have selected 29 players to represent the green and gold in the Middle East, with the players set to arrive in Qatar’s capital over the next three days as Australia’s journey to qualify for a fifth consecutive FIFA World Cup™ Finals reaches its crescendo.

The Socceroos’ qualification path towards this year’s FIFA World Cup™ commenced in September 2019 with a 3-0 win over Kuwait in Kuwait City, and after 18 games, 12 wins, and 43 goals, will come down to a set of play-off fixtures against United Arab Emirates (UAE) and Peru over the coming fortnight.

Australia must defeat UAE at the Ahmad Bin Ali Stadium – a FIFA World Cup Qatar 2022™ venue – on June 7 (local time) to set up a winner-takes-all match-up against Peru in one of FIFA’s two intercontinental play-offs on June 13 (local time) on the same pitch.

The victor of UAE/Australia v Peru will secure a place in Group D featuring France, Denmark, and Tunisia at this year’s FIFA World Cup which will be held between November 21 and December 18.

“Our qualification journey for this year’s FIFA World Cup™ has been challenging, however the bigger the challenge, the greater the reward,” Arnold said. “Just like in 2017 and 2005 I have full belief that our boys will emerge through the play-off system and seal Australia a place at the FIFA World Cup™.”

“The players, coaches, staff, their families, and our supporters have invested so much time, passion, and commitment into this FIFA World Cup™ qualification campaign, so we will be giving it 100 per cent over the next few weeks to ensure that the effort and sacrifices so many people have made over the past three years is rewarded in the best way possible.

“We have selected a large squad for this window for a few reasons, but first and foremost because so many of our players have been in great form for their clubs over recent months. Additionally, with several players set to enter the UAE match on yellow cards, we needed to ensure that we have cover in every area to ensure we’re not caught short at any time.

“I heard Rale Rasic comment recently that the ‘Socceroos’ story is always a super story’, so in the 100th year of our national team there would be no better way for this group of players and staff to honour those that have come before them than by writing another proud chapter in the history books through FIFA World Cup™ qualification,” he concluded. 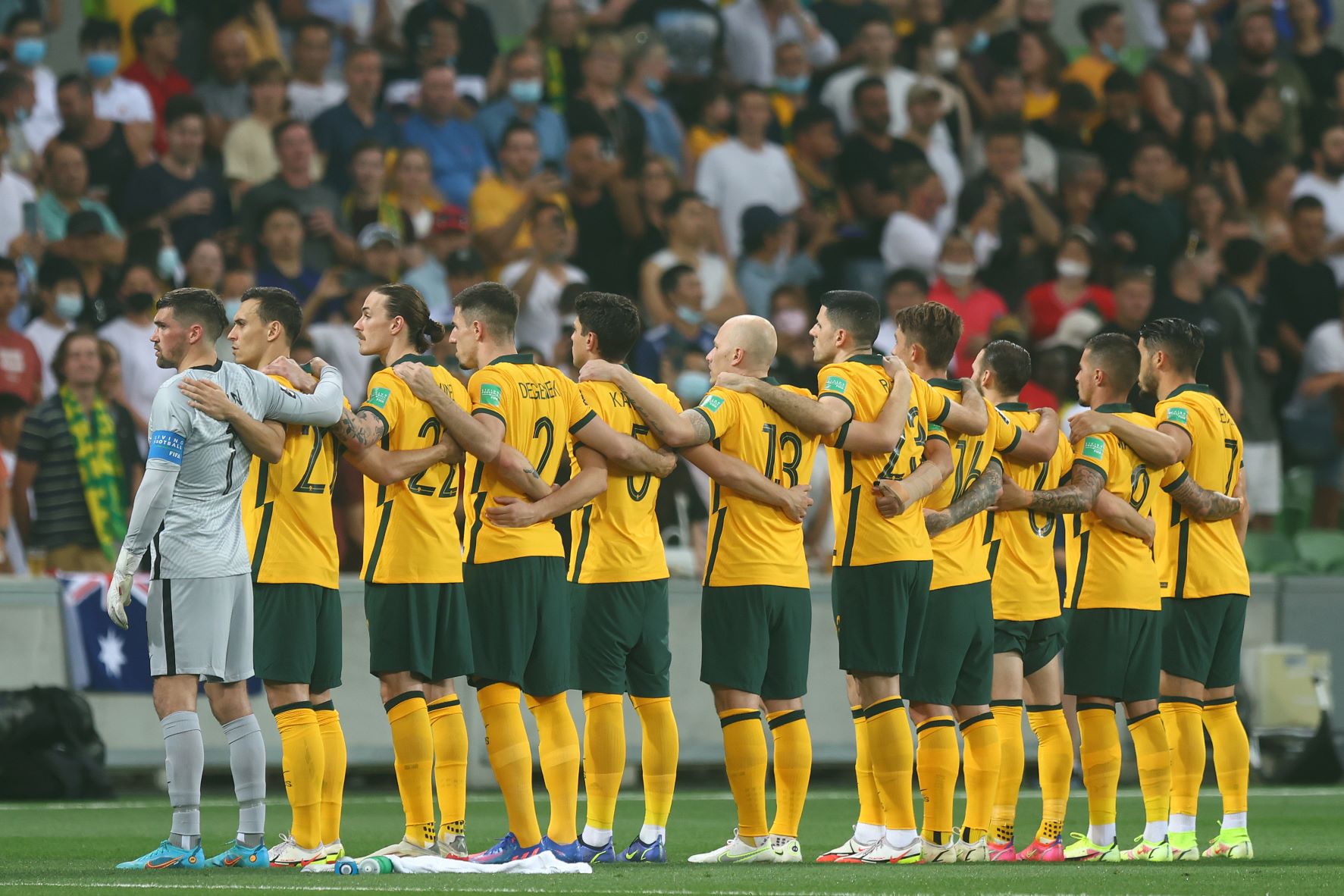 The Socceroos’ squad for June 2022 features an array of players who will enter camp having recently secured club honours with Ajdin Hrustic became a Europa League Champion with Eintracht Frankfurt in Seville this month.

Denis Genreau helped fire his club, FC Toulouse, to the Ligue 2 title in France and was also named PFA’s Young Player of the Year this week. Meanwhile, Nathaniel Atkinson featured in the Scottish Cup Final, Joel King was an unused substitute in the Danish Cup Final, and Bailey Wright played a leading role in helping his side, Sunderland AFC, secure promotion to England’s Championship at Wembley.

And three players in the squad will tonight feature in the Isuzu UTE A-League Men’s Grand Final, with Mathew Leckie, Jamie Maclaren, and Marco Tilio having the potential to enter Socceroos camp on cloud nine should they defeat Western United FC at AAMI Park.

The Socceroos will play a televised international friendly against Jordan in Qatar on Wednesday, 1 June 2022 (local time) at Al Janoub Stadium, before challenging UAE six days later. Each of Australia’s matches over the coming fortnight will be broadcast exclusively live and free across the nation on Network 10 and 10 Play (details at base).

Network 10 will also have a crew covering the Socceroos in the Middle East, ensuring that supporters are able to stay in touch with the team’s campaign via regular features on 10 News and other programming.