With the AFC and intercontinental FIFA World Cup™ play-offs just around the corner, a familiar foe has put their hand up to help the Socceroos in their preparation for the big games.

Until recently, there was a genuine trend of Australia winning home matches by big margins and Jordan narrowly winning games on Middle Eastern soil.

This pattern lasted years until broken by Australia in 2019 when an Adam Taggart goal sealed a 1-0 win in a combined World Cup / Asian Cup Qualifier in Amman.

Since then, Australia has won the last two games in the Middle East for an overall record of four wins, three losses with 12 goals scored and six goals conceded.

The upcoming match against Jordan will be held in Doha – the same city as the AFC and intercontinental FIFA World Cup™ play-offs – and will be played just six days ahead of the AFC play-off against UAE.

While this will be the first time Australia and Jordan have faced-off in a non-competitive fixture, the close head-to-head results between these two teams will mean Jordan are the perfect opposition for the Socceroos ahead of their clash against the UAE.

Looking to replicate the UAE match as much as possible, the Jordan fixture will see the Socceroos take on Western Asian opposition, in the same climate, city, and pitch conditions that they need to overcome a week later.

This game ticks a lot of boxes that the Australian players and coaching staff will be seeking as they make the final adjustments to the tactics and the squad ahead of the penultimate stage of World Cup qualification.

Further information regarding Australia’s friendly international against Jordan on June 1 – including the kick-off time, venue, and ticketing information – will be advised by Football Australia as soon as possible but the match will be broadcast live and free in Australia via Network 10 and simulcast on 10 Play.

11 June 2013
Australia 4-0 Jordan at Docklands Stadium, Melbourne
Australia needed six points from their last two games to qualify for the 2014 World Cup. Goals from Mark Bresciano, Tim Cahill, Robbie Kruse, and Lucas Neill made sure they got the first three points. 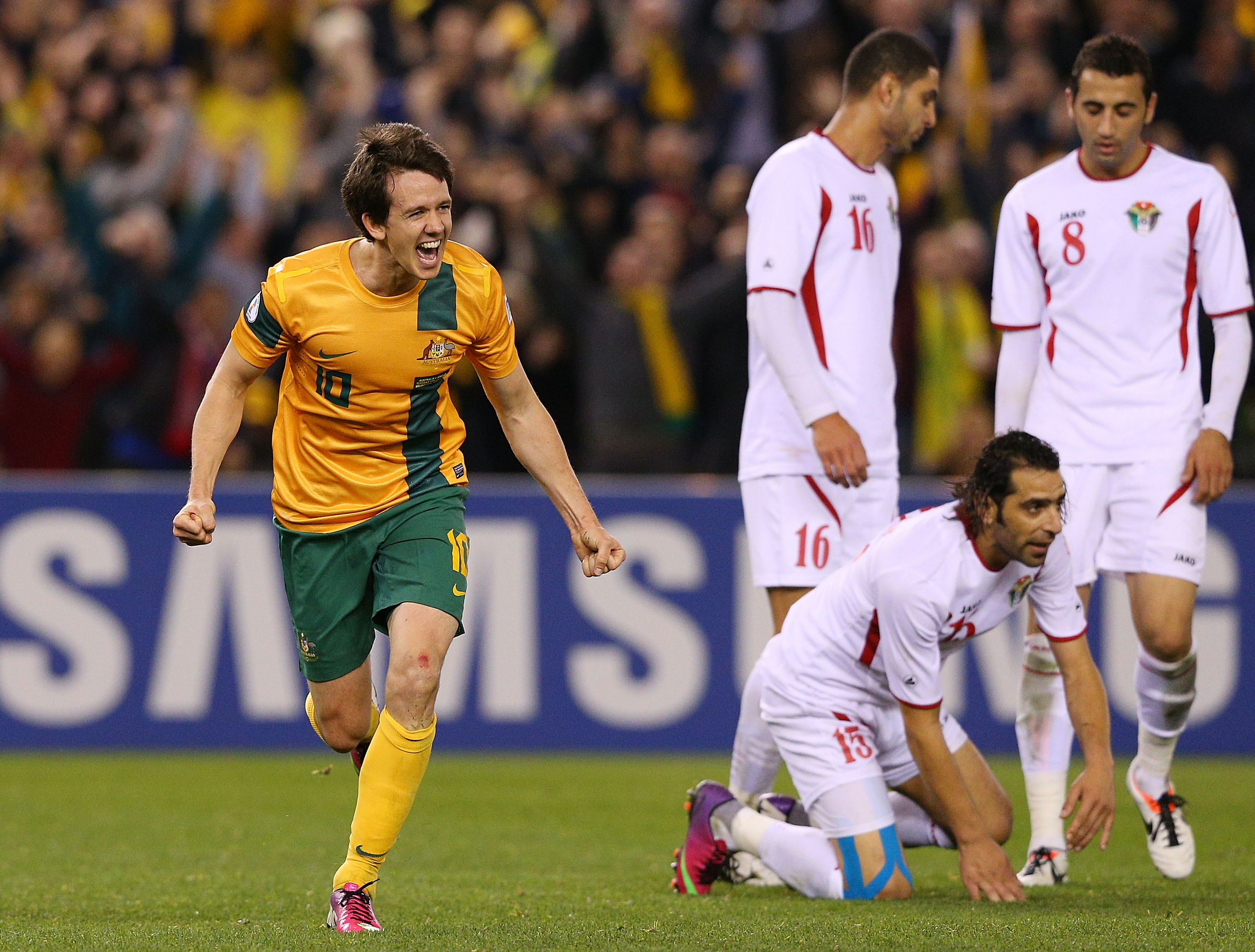 8 October 2015
Jordan 2-0 Australia at Amman International Stadium, Amman
The second time they met in Jordan for a World Cup qualification match and a second win for the home team.

29 March 2016
Australia 5-1 Jordan at Sydney Football Stadium, Sydney
Australia’s progression to the next stage of World Cup qualification was already sealed by this stage, but that didn’t stop the Socceroos going rampant with a double to Tim Cahill plus goals to Aaron Mooy, Tom Rogic, and Massimo Luongo.

6 January 2019
Australia 0-1 Jordan at Hazza Bin Zayed Stadium, Al Ain, United Arab Emirates
This was the first time the two teams had met at an Asian Cup Finals and it was a match to forget for the Socceroos.