The next generation of Socceroos – the Joeys – are heading to Chile next week to represent Australia at the 2015 FIFA U-17 World Cup.

Vidmar has selected 13 players from the FFA Centre of Excellence squad based in Canberra, four overseas-based players, three from the Hyundai A-League and one unattached player.

The squad will depart Australia for Chile on 7 October for a pre tournament camp before their opening match against Germany on 18 October.

The Joeys have been drawn in Group C of the 2015 FIFA U-17 World Cup Chile along with Germany, Mexico, and Argentina, and will play all three of their group games in Chillan at the Estadio Municipal Nelson Oyarzun Arenas. 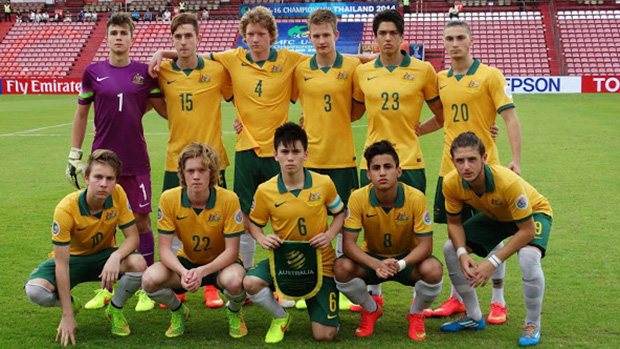 Vidmar said he was looking forward to the challenge of taking on some of the best in the world.

“The 2015 FIFA-U17 World Cup is just around the corner and we can’t wait to play against three excellent teams,” Vidmar said.

“We will be throwing everything at our opponents in the group stage to give us the best possible chance to progress to the next round.”

FFA Centre of Excellence technical director Peter de Roo is the man tasked with helping develop the Joeys’ style of play, and works closely with Vidmar in instilling the same positive, high-tempo mentality the Socceroos have been playing with.

"We have been working hard towards this moment,” de Roo said. “We are ready and can’t wait to test ourselves against the best teams in the world."

The Joeys open their 2015 FIFA U-17 World Cup Chile campaign against Germany on 18 October, followed by Mexico on 21 October, before their final group game against Argentina on 24 October.

The top-two placed teams in all six groups will automatically qualify for the Round of 16, while the best four third-placed teams will also advance.