Australia’s U17 National Team secured a berth at the 2019 FIFA U17 World Cup in Peru on Monday after defeating Indonesia 3-2 in Malaysia.

In front of a vociferous crowd of just under 14,000 supporters at the Bukit Jalil Stadium in Kuala Lumpur, Australia came back from 1-0 down at half time to advance to the Semi Finals of the 2018 AFC U16 Championship.

Indonesian attacker Sutan Diego put his nation ahead in the 17th minute with a clinical finish from the edge of the area.

Perth Glory youngster Daniel Walsh restored parity to the contest in the 51st minute with a fine header from a Birkan Kirdar free kick, before South Australia’s Adam Leombruno helped Trevor Morgan’s side to a 2-1 lead with a fine finish in the 65th minute of the match.

Striker Noah Botic added to the Joeys’ lead in the 74th minute when he curled a strike beyond Indonesian goalkeeper Ernando Ari Sutaryadi, before the Indonesians rounded out the scoring in late in the second stanza via Rendy Juliansyah.

Following the match Joeys Head Coach Trevor Morgan praised his youngsters for earning one of Asia’s four spots at next year’s FIFA U17 World Cup in Peru, and for advancing to the Semi Finals of the continental Championship.

“I couldn’t be prouder of the group,” Morgan said.

“We had a slow start to the tournament with a loss against Korea Republic, however since then have shown quality and resilience to secure wins over Iraq, Afghanistan, and Indonesia which has helped us achieve our first target of this Championship – a place at next year’s FIFA U17 World Cup.

“In a short period of time we have grown as a group, and we will now play Japan for a place in the Final of the AFC U16 Championship. Japan will be an immensely tough opponent on Thursday, however we will enter the game with the belief that we can win the match and progress to the Final.

“Qualification for next year’s World Cup in Peru will ensure more high-level international matches for this group of youngsters over the next 12 months, which will be critical to their development as footballers.

"While our focus must be on Thursday’s Semi Final, we must also recognise that qualification for the World Cup is an incredible achievement for everyone involved with the team and enjoy the moment,” he said.

Australia last qualified for the FIFA U17 World Cup in 2015 when the competition was held in another South American nation, Chile.

“Qualification for any FIFA World Cup is a fantastic achievement and congratulations must go this evening to Trevor Morgan, the players, and the staff with the team in Malaysia,” Gallop said.

“We will look forward to watching the team in Peru, but before that supporting them when they play Japan for a place in the AFC U16 Championship Final on Thursday,” he said. 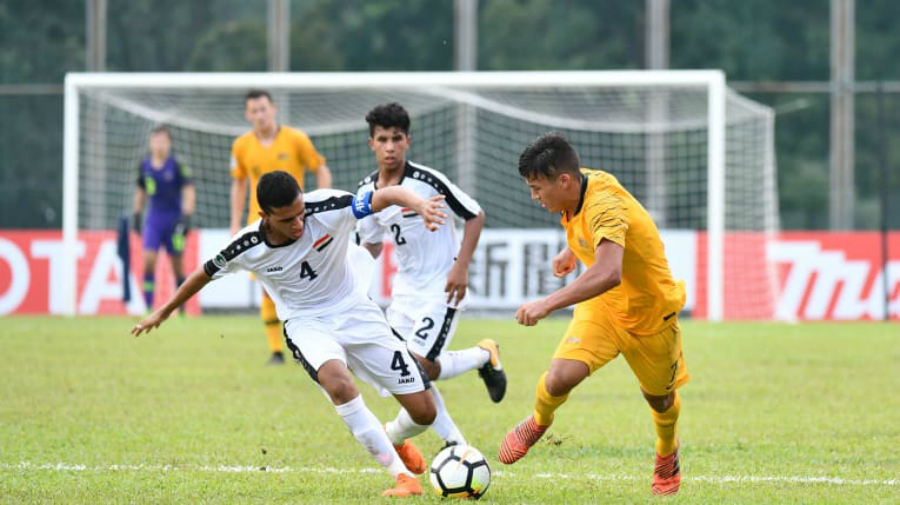