'It's inspirational for our team': U23's approach high-stakes semi-final buoyed by Socceroos success

Like hundreds of thousands back at home, the Australia U23's watched on as the Socceroos booked their spot at the FIFA World Cup

Less than two days later, it's their turn to make history.

Trevor Morgan's side take on Saudi Arabia in the Semi-Finals of the AFC U23 Asian Cup Uzbekistan 2022, knowing a win will take them where no Olyroos side has been before.

Australia's third-placed finish in Thailand two years ago was the nation's best at U23 level to date - meaning Wednesday night's match at Pakhtakor Stadium is an opportunity to etch a place in the history books.

While it won't be easy against a Saudi Arabia outfit who are yet to concede a goal at the tournament, Australia (who have only conceded once) have found an extra source of inspiration in the Socceroos.

"We all are very very happy to see our senior national team at the World Cup," said Head Coach Trevor Morgan.

"I think it's inspirational for our team, but now we have to play our own match and that's what we're focusing on.

"This is an opportunity. These boys here have been excellent leading into this, in this tournament and they're improving every match.

So we have a lot of belief and draw extra belief from the Socceroos but we have no fear. We've been in many tournaments before and there's no fear going into big matches."

Ramy Najjarine is the only remaining member of the squad that qualified for the Tokyo Olympics in 2020. 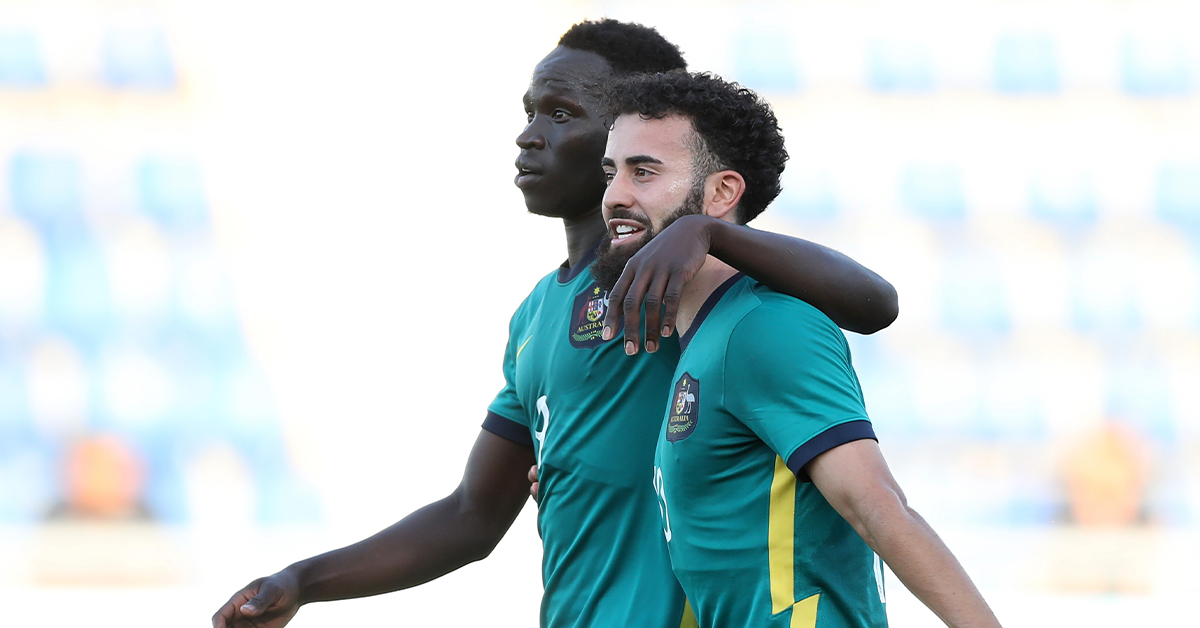 He has started every one of the Australia U23's matches in Uzbekistan, and is looking forward to adding to what has been a monumental week for his nation.

"It's massive achievement and great for Australia football as a whole. A lot of the boys were watching the game and it gives us big belief."

Watch Australia v Saudi Arabia in the AFC U23 Asian Cup live and exclusive on Paramount+ from 11pm AEST on Wednesday night.