‘I’d rather be here than on a sun lounge’: Maclaren revels in World Cup selection

Two weeks ago Jamie Maclaren was prepared to be a Caltex Socceroos fan for the 2018 FIFA World Cup and now he hopes to provide the goals to help the team make a statement in Russia.

After initially being left out of Bert van Marwijk’s 26-man preliminary squad for the tournament, Maclaren’s “whirlwind” fortnight ended with him making the final 23 which was named on Sunday.

Recalled as cover for Tomi Juric who was under an injury cloud, the 24-year-old showed van Marwijk enough in one week’s training in Antalya he deserves a spot on the plane to Russia.

After it was initially thought his FIFA World Cup dream was over, Maclaren went on holiday in Dubai but revealed he kept his fitness in check in the hope he might just get the call to join the squad.

“I actually packed a pair of boots to Dubai so I automatically had that feeling this could happen,” he told reporters on Monday evening (AEST) in his first interview since making the squad.

“As a footballer you have to be prepared for any situation and for me I was on holiday having breakfast and I got the call saying ‘you might need to be on the next flight to Turkey’.

“I would rather be here than sitting on a sun lounge in Dubai. For me it’s something I have worked so hard for. 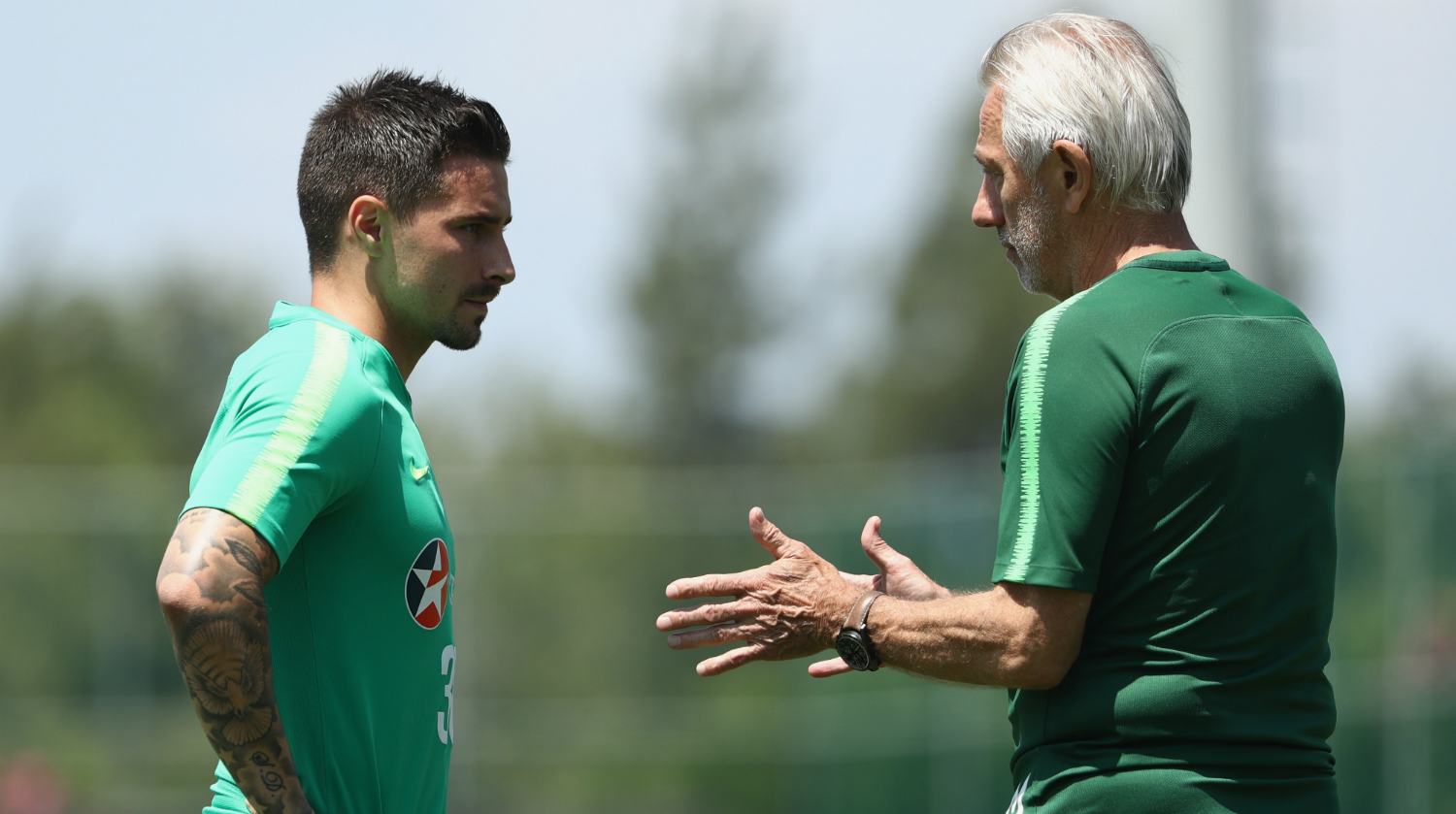 “World Cups don’t come around too often, I watched them as a kid and to say I’ve been a part of a World Cup squad is a proud achievement for my family and myself.”

Maclaren added: “For me it’s a major relief and feels like a caravan is taking off your back because all that hard work, graft and disappointment mentally…it builds up.

“Thankfully I’m here and it’s just great to be involved.”

Despite missing the first week with the squad in Turkey, Maclaren says his fitness is now at “100%” and he’s now one of four serious striking options for van Marwijk for the opening group game against France on June 16.

Andrew Nabbout, who scored in the 4-0 friendly win over Czech Republic on Friday, Juric and veteran Tim Cahill are the other three who are a chance to lead the line in Kazan for Australia’s Group C opener.

While he was last to join the squad, Maclaren is in red-hot form, having ended his loan spell with Hibernian in Scotland with a hat-trick against Rangers last month.

And he believes his type of game, playing off the shoulders of defenders and using his speed to get in behind, could be an asset in Russia.

“I’m probably the sort of player that can pop up out of nowhere in the box and get that goal. Sometimes in tournament football or international football, all it takes one chance to win the game,” Maclaren said. 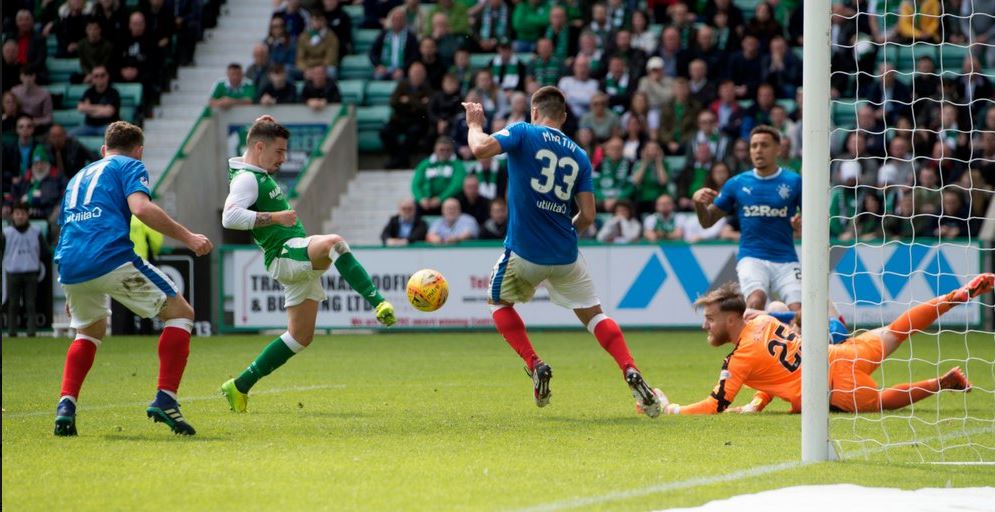 “I like to think I’ve scored in some big games this year and I’ve played against some big name defenders.

“[Bruno] Alves is in the Portugal squad, [Cedric] Boyata is in the Belgium squad and I’ve been able to go up against them and score.

“It gives me confidence and I think Bert has seen the quality I can bring and when a coach gives you kind of confidence, it grows within you as a player.”

And confidence is also flowing through the squad after the big win over the Czech’s in Austria in their penultimate hitout before heading to Russia.

Maclaren believes the performance and result – while only a friendly – sends a message to Australia’s rivals at the World Cup.

“Czech Republic are a good European country and for us to go out there and really stamp our authority, while it was a bit of a slow start, I think we controlled the game thoroughly and when you take your chances, 4-0 is a comfortable win in international football,” he said.

“It doesn’t happen very often but I think it shows don’t underestimate us and if you do we can punish you.

Asked why the Caltex Socceroos can be a threat in Russia, Maclaren declared: "It's probably cliche but it's the Aussie spirit.

"People can say you're not the side with the most ability, but at the end of the day we believe in ourselves.

"When we come together in camp you can see everybody's laughing and joking around. At meal time, some boys don't even want to leave the meal room because you're having such good chat.

"That's important as a team, and when you've got a coaching staff of the highest quality it breeds confidence and we believe in each other." 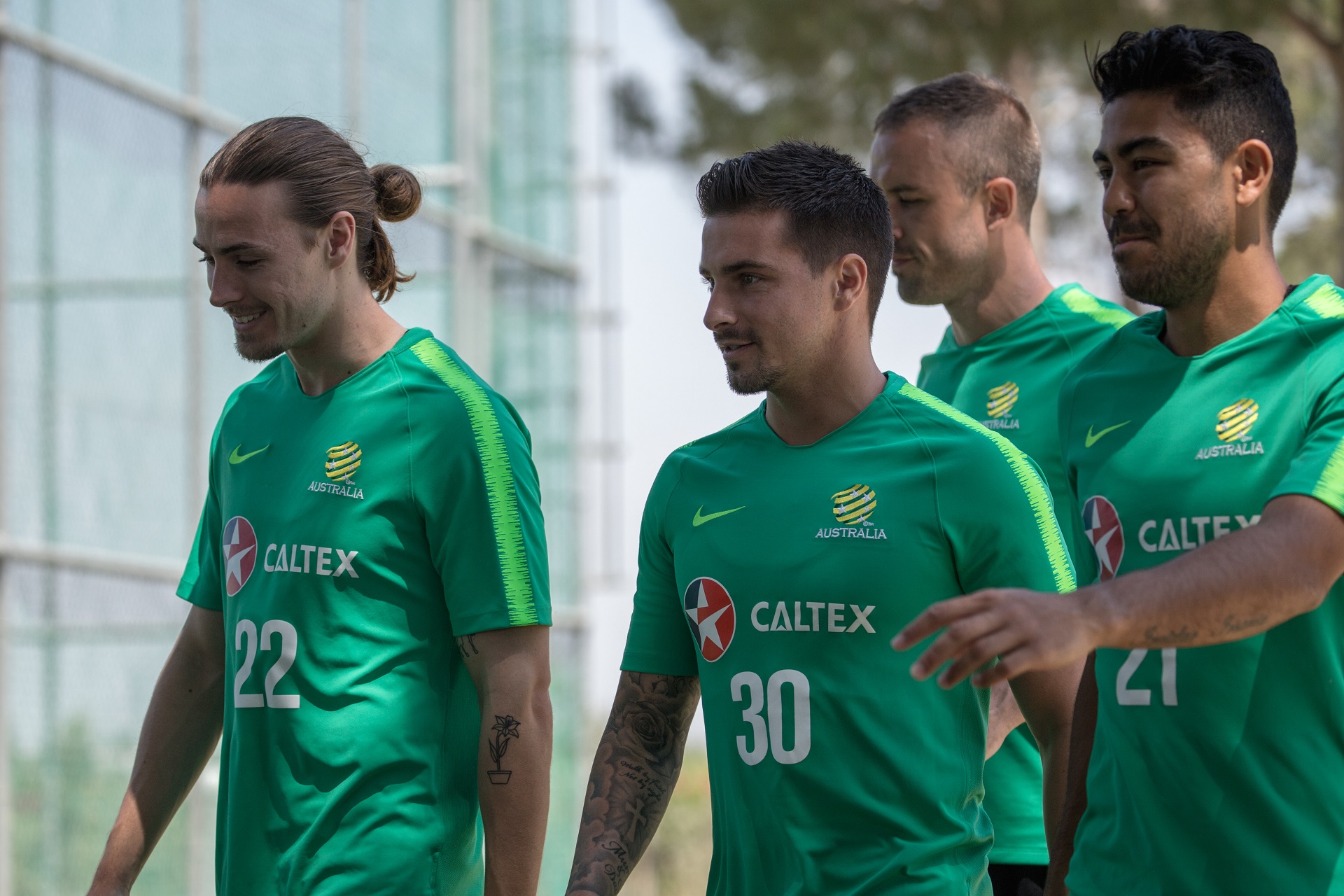