Ultimate Guide: How to watch the Socceroos take on Japan

After overcoming Oman to secure an 11th successive FIFA World Cup Qualifying victory, the Socceroos travel to Saitama to face what may be their toughest challenge yet.

Graham Arnold's Group B leaders are set to go head to head with a Japan side desperate for three points, with kick off scheduled for 9:14pm AEDT on Tuesday, October 12.

It's a rivalry on the international stage that always delivers... here's how you can make sure you catch all of the action.

Yet again, Tuesday's match will be broadcast live and free via Network Ten and 10 Play.

Fans can watch the prime-time meeting with Japan on 10 Bold, or alternatively, stream the action via the 10 play app and website. 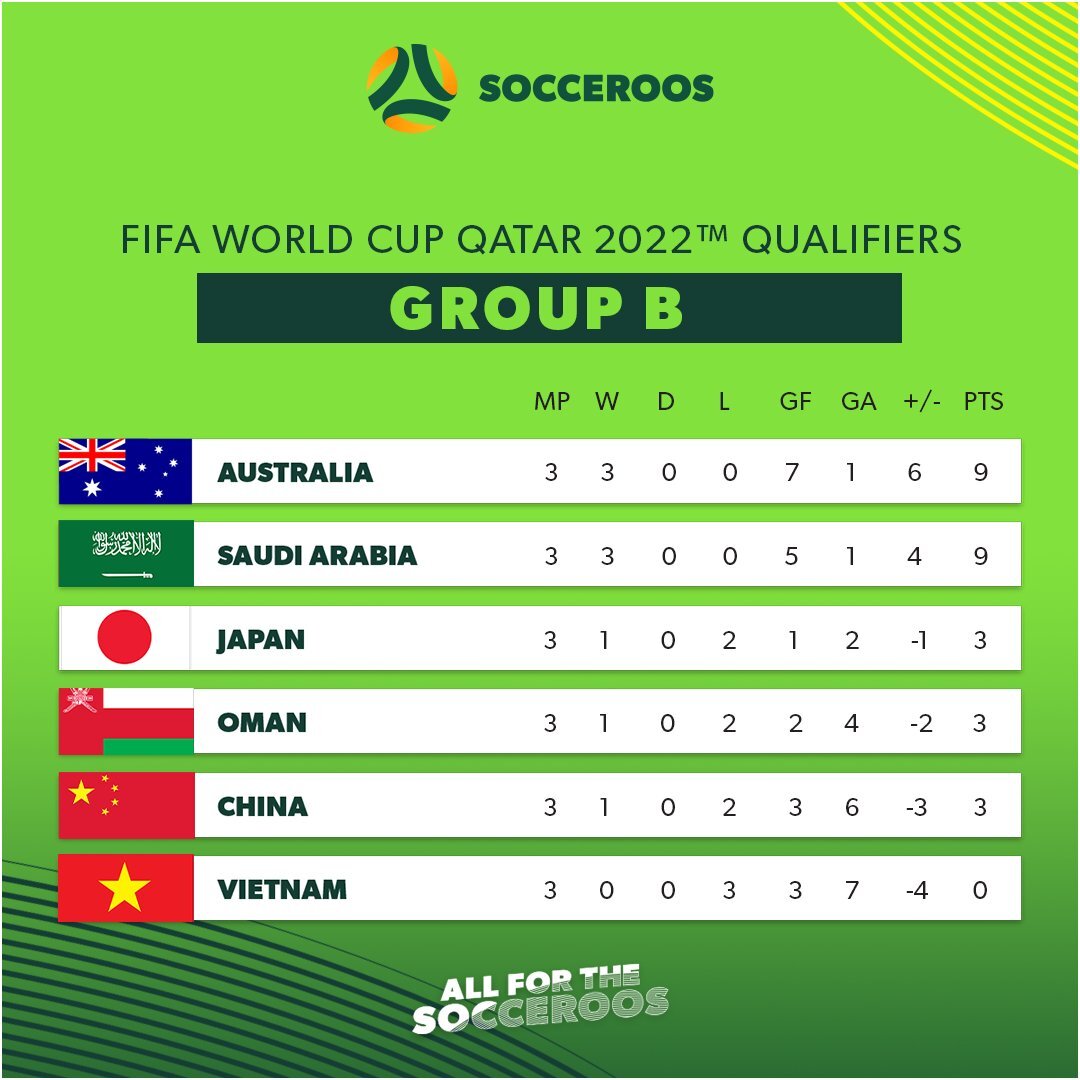 Ongoing hotel quarantine requirements in Australia remain challenging for Football Australia and domestic-based players hoping to play for the Socceroos.

Attacker Ikonomidis, however, has committed to the October window despite the prospect of having to undertake two weeks of hotel quarantine upon his return to Australia, while Grant, after he scored his first goal for Australia at senior international level last month, remained abroad and trained in Hibernian FC’s high-performance environment alongside fellow Socceroo Martin Boyle to maintain his fitness to be prepared for Socceroos selection.

October 12's away fixture against Japan will take place in Saitama, at the Saitama Stadium 2002. Kick-off is scheduled for 9:14pm AEDT (7:14pm local time), with a limited capacity crowd expected.

Moving forward, Football Australia are in advanced discussions with the NSW Government regarding the Socceroos hosting a designated home AFC Asian Qualifier – Road to Qatar match against Saudi Arabia on 11 November, in Sydney under a Quarantine Management Plan.

Australia made a perfect start their 2022 FIFA World Cup qualifiers, advancing through their first group in perfect fashion.

With the first four matches played in late 2019 and final half of the group played out in June 2021, the Socceroos secured eight-straight victories: with seven of those coming away from home.

Graham Arnold's side notched an impressive 28 goals at an average of 3.5 per game, while conceding just the two.

A 3-0 win in Kuwait kicked off the campaign, as Mathew Leckie bagged a memorable brace and Aaron Mooy curled home a stunner to ensure the result.

Exactly a month later, it was a whole lot closer when Australia travelled to face Jordan in Amman. But Arnold's side managed to get the job done in difficult conditions, with a solitary Adam Taggart goal ensuring the Socceroos would return home with a priceless three points.

When the full time whistle blew on that night in November 2019, no one would have suspected that the Socceroos would wait another 18 months before returning to action.

But that was exactly the case, as the Asian Qualifiers finally resumed within a hub based in Kuwait City.

Despite the lengthy intermission, Australia would come away with another four important victories to ensure they sealed top spot in Group B and advanced to within striking distance of a fifth-straight FIFA World Cup Finals appearance.

Round 3 kicked off in perfect fashion, with a 3-0 win over China in Doha sealing top spot of Group B with one round played.

History was made a few days later, as a tight 1-0 victory away in Vietnam not only maintained Australia's perfect record, but also saw them become the first AFC nation to secure 10 victories in a single qualifying campaign.

The records continued to tumble following a 3-1 win over Oman in Doha, to kick off October's action - as goals from Awer Mabil, Martin Boyle and Mitch Duke saw Australia become the first nation in FIFA World Cup qualifying history to win 11-straight games in a single campaign.