Vukovic became the oldest player in more than 50 years to debut for the Socceroos when he came off the bench against Colombia on the day of his 33rd birthday – March 27, 2018.

And it was the perfect birthday present for the experienced gloveman, saving an 85th-minute penalty from Miguel Borja (watch in the player at the top) to ensure a 0-0 draw for Bert van Marwijk’s side just a few months out from the FIFA World Cup in Russia.

But speaking to socceroos.com.au two years on – on his 35th birthday – Vukovic recalled the build up to the match and how his dream start in the green and gold almost never happened.

“[Van Marwijk told us on the first or second night in camp that Maty [Ryan] would play a full game against Norway and then Brad Jones and I would share the game against Colombia,” said Vukovic from his home in Belguim.

MORE: Who am I? Guess the Socceroo....
PODCAST: 'I was crying, sleeping, waking up and asking, why am I doing this?' - The day Amini left for Dortmund

“I had quite a bit of time to prepare and for the nerves to build up in the lead up to the game.

“Then the day before the game against Colombia I rolled my ankle in training and it swelled up pretty badly.

“The fear was I wouldn’t be able to play. That was my lead in to the game.

“I remember going to sleep the night before thinking I might not be able to take the pitch.

“I iced the ankle all night and woke up the next morning, not much swelling and was able to play. It was a really great moment.”

Where do I start with this! I've fulfilled a life long dream at the age of 33, on my birthday. I did that with an amazing amount of support from my wife and son, my family, friends, teammates, support staff, medical staff, coaches etc I want to thank all those who were involved in some way along this road I've taken. Thank you all for your messages of support and congratulations. This is a night I will never forget. Thank you to everyone who was part of it! 💛💚

Vukovic’s realisation of a boyhood dream was made even more special by the fact his family had made a surprise dash from Belgium to be in the stands at Craven Cottage in London.

“They didn’t tell me they were coming. I thought they were just going to stay in Belgium and stream it,” the ex-Sydney FC and Mariners gloveman said.

“I found out when I got to the game they had travelled. It was nice to have my family, my wife, my son in the crowd to see me play my first game for my country.”

Vukovic’s 45-minute cameo against Colombia saw him become the oldest player to debut in the green and gold since Tommy Stankovic (33y 311d) v Torpedo Moscow in 1965.

And two years on from his debut, he is still pinching himself that has first appearance for the Socceroos became a reality.

“I’ve been a part of the Socceroos set up since I was in my early 20s, then there was a period there where I wasn’t a part of it at all for seven or eight years and there was a fear I would have been so close and still not have made my debut,” Vukovic admitted.

“To finally make my debut was an amazing moment. A lot of hard work went into it, that hard work obviously paid off in the end.

“I was happy - relieved in a sense - and it’s given me the taste of international football and I want to continue as long as I can.

“It was an amazing moment and one I’m going to remember forever.”

MORE: How Socceroos staff are supporting Aussies Abroad through COVID-19
MORE: Missing your weekend football fix? Show the world your skills with our #PlayAtHomeChallenge 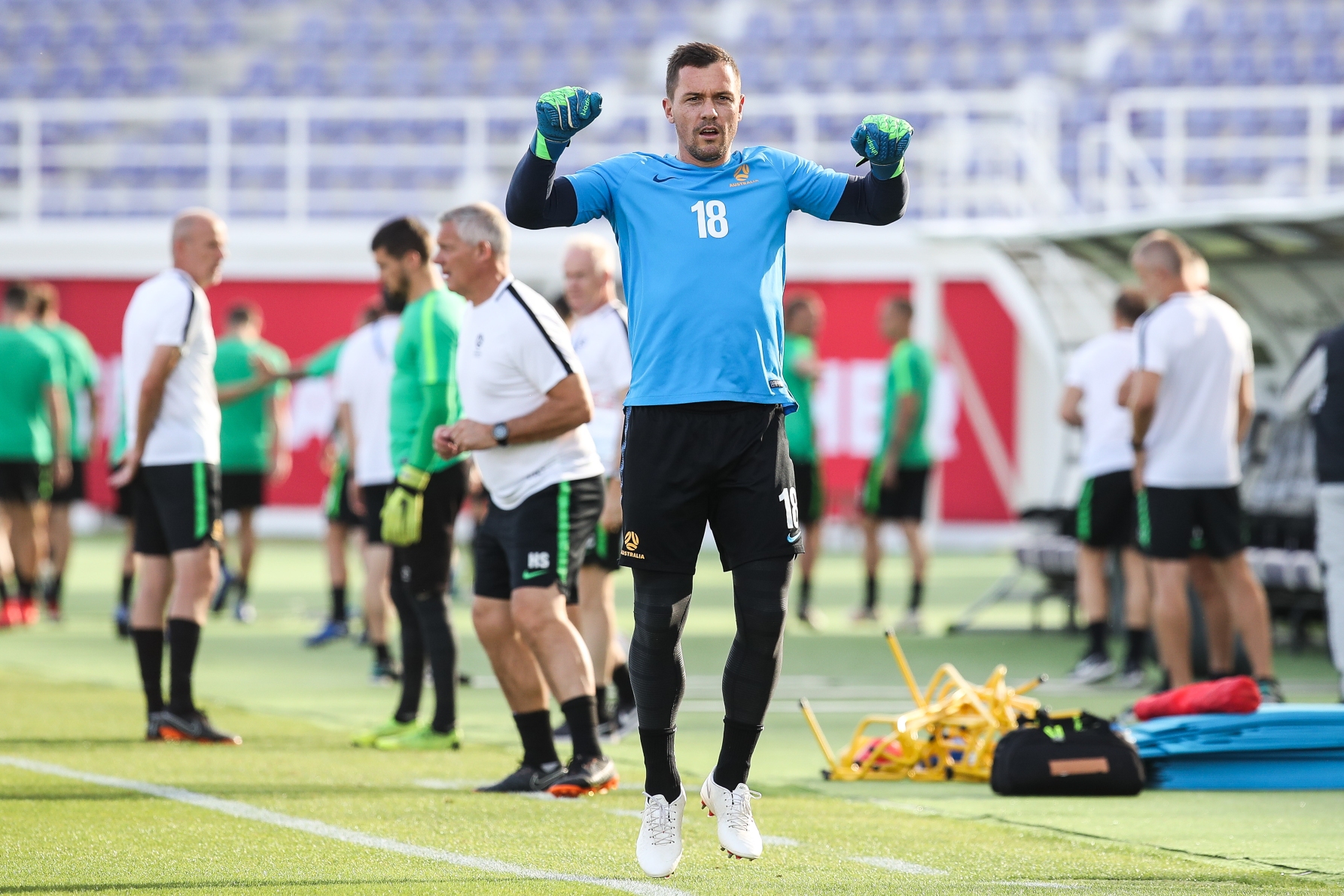 A serious Achilles injury has meant Vukovic has missed all of the 2019/20 Season so far with both club side Genk as well as Graham Arnold’s Socceroos.

But his recovery is on track, admitting he is close to full fitness while training in isolation at home during the COVID-19 pandemic sweeping the globe.

With every rehab session, every long distance run and workout in the gym, the 35-year-old is edging closer to getting back on the pitch for both club and country.

“My biggest goal over the last six months was to get fit again. Of course I’ve missed a lot of football with my club but the one thing that hurt the most was missing out with the national team,” he said.

“It’s what I love, going into camp with the boys is something I always look forward to…that’s the goal now.

“I’m almost 100% fit. I need to play regularly for my club and if I play well I’m putting myself in with a good shout to play for the national team. That’s the goal and hopefully I can achieve that.”