When the Socceroos finally secured a spot at the FIFA World Cup for the first time in 32 years, there was no Twitter or Instagram while Facebook and Youtube were yet to enter the public's conscience.

Rather, the 2005 play-off against Uruguay was captured through videos and photos, cheers and jeers, hugs and high-fives, and tears aplenty.

However, almost 15 years later, a match that meant so much to so many people across Australia and the world was brought to life on social media.

With the Socceroos' FIFA World Cup 2022 qualifier against Nepal postponed, it presented the perfect opportunity to relive THAT night in its entirety through a Facebook and Youtube live Premiere.

And, Socceroos fans, pundits, and players - both current and former - sure enjoyed the moment.

Here is how the Socceroos and Australian football community consumed and interacted with #AUSvURU on social media.

WATCH THE MINI MATCH OF SOCCEROOS V URUGUAY IN THE VIDEO PLAYER AT THE TOP!

From the moment the line ups dropped, Socceroos fans were left in a state of (sarcastic) bewilderment.

Guus Hiddink had made two changes to the starting XI that were beaten 1-0 in the first leg of the play-off in Montevideo.

Surprisingly, Harry Kewell and Archie Thompson had been dropped to the bench with Tim Cahill and Mark Bresciano coming in to the side.

At the time, fans couldn't understand why.

However, others suspected there might be some tactical planning behind Kewell's benching...

The atmosphere inside the stadium (and at home) continued to build in the lead up to kick-off with 80,000 fans eagerly awaiting and hoping this would be Australian football's night.

And, the Uruguayans felt that in full force when it came to singing the anthems...

The atmosphere was truly one that had rarely been seen at an Australian sporting match - and before you knew it, it was time for kick-off!

Socceroos supporters across the world had all tuned in to see what was in store...

A cagey opening stanza resulted in a couple of chances for Australia before Uruguay's danger man - Alvaro Recoba - had a massive chance.

Ten minutes later, and with only 32 minutes elapsed, Hiddink sensed an opportunity and made his move.

With Tony Popovic on a yellow card, he was withdrawn to make way for Harry Kewell.

Kewell had made the immediate impact after linking up with Scott Chipperfield, Cahill & Mark Viduka before supplying a ball for Bresciano to bury into the back of the net.

Australia were back level on aggregate with Uruguay and it had fans - young and old - captivated.

Australia began to take more and more control over the match as they searched for the goal that would put them ahead on aggregate and in the box seat for a spot at the Germany FIFA World Cup.

Alas, it wasn't to be decided in 90 minutes and extra time would be needed.

With the game hanging in the balance, Hiddink made another tactical move; withdrawing goalscoring hero Bresciano and putting on John Aloisi.

Not everyone was impressed.

As extra time dragged on, the nerves really began to set in.

But, the full-time whistle blew and so the game was to be decided on penalties!

And the Socceroos fans went into hysterics!

And then the tears began to flow...

Current Socceroos were feeling it too.

Jackson Irvine was in the crowd on that night 15 years ago. Now he's representing his country.

Even Trent Sainsbury was getting goosebumps. 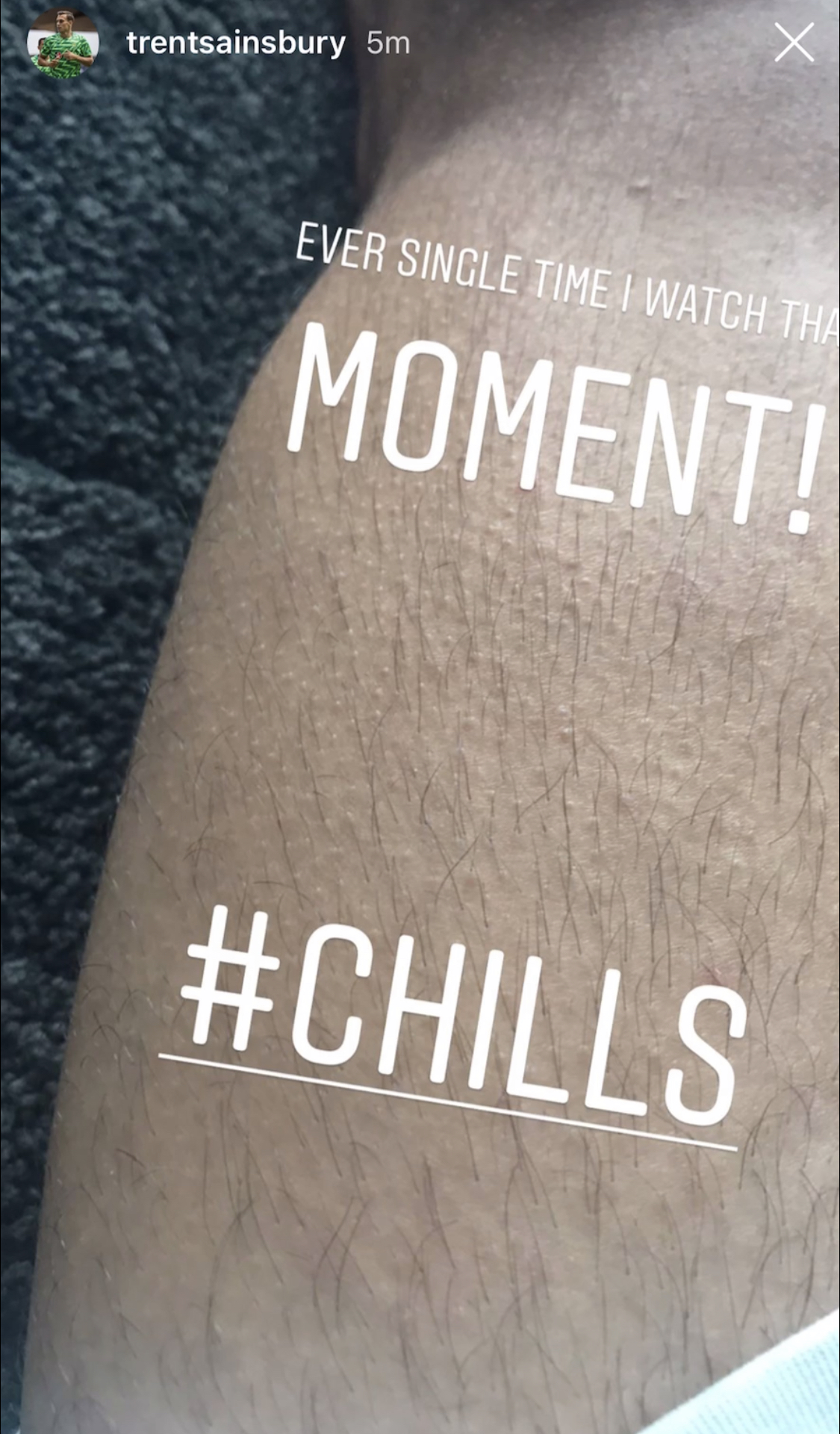 And broadcasters from the night also shared their memories.

But this John Travolta moment was reserved exclusively for the Socceroos in the change room!

It was certainly a night Socceroos fans will never forget...

If you enjoyed reliving the Uruguay game, then head to our 'Stay At Home' hub for more Socceroos news and videos!