‘His passion for the Green and Gold was enormous’: Graham Arnold remembers Frank Arok

“I have to be open and honest and say that if it wasn't for Frank Arok I probably would never have had the life and the career that I've had.”

During his time as Socceroos coach, Frank Arok played an integral role in developing a whole generation of Australian talent.

Among his roster of emerging stars was current Socceroos boss Graham Arnold, who was handed his full international debut by the legendary mentor in October 1985.

Following news of Arok’s passing this week, Arnold paid a powerful, personal tribute to a man who was “ahead of his time” in the way he entrusted and cultivated the nation’s youth.

“Frank was such a wonderful motivator and his passion for the game was incredible,” he reflected.

“As he showed with myself and a lot of young players, he was well ahead of his time in the development side of football - he had no hesitation in bringing me into the Socceroos at a very young age.

“I look back to the mid-80s, Frank was at one stage coaching the Socceroos, the Socceroos B team, as well as St George Budapest in the old NSL.

Arok’s infectious passion for the game meant that there was no shortage of memorable moments from Arnold’s time spent with him in the changing room and on the training pitch.

“He had a great relationship with Les Murray and he was the first coach I had that invited the media and SBS into the dressing room for before training sessions to hear his team talks,” he recalled.

“He used to work up a massive sweat in the dressing room with his passion and drive of telling us what we were going to do to the opposition, how we were going to train and what it meant to play for Australia and play for the Socceroos.

“His passion for the Green and Gold was enormous for someone who really wasn't Australian. He was so passionate about the flag, the shirt and the honour of playing for Australia.”

One match that stands out during Arok’s reign was Australia’s remarkable 4-1 win over reigning FIFA World Cup winners Argentina on home soil in the 1988 ‘Gold Cup’.

Surprisingly, Arnold recalls how Arok’s immediate reaction was not one of joy.

“I have to say he was so angry after the game because there was only 19,000 people in the stadium,” he said.

“He couldn't believe that when playing against a team that had won the World Cup in Mexico, there wouldn't have been a full house.

“He used that as motivation for us to show the Australian public. It was also to show other opposition, especially leading into an Olympic year, what we could do as a nation, and that we were going to go into the Olympics and those type of tournaments as underdogs but they're going to be scared of us.

“Arok could get into our brains, he knew how to get us motivated and to play for your country.

“It was an amazing night that one, the 4-1 victory. It shocked the world and really put Australian football on the map.”

“At the training session the day before, he knew the media were going to be there so we played 11 v 11 – and we kicked the hell out of each other," he said. 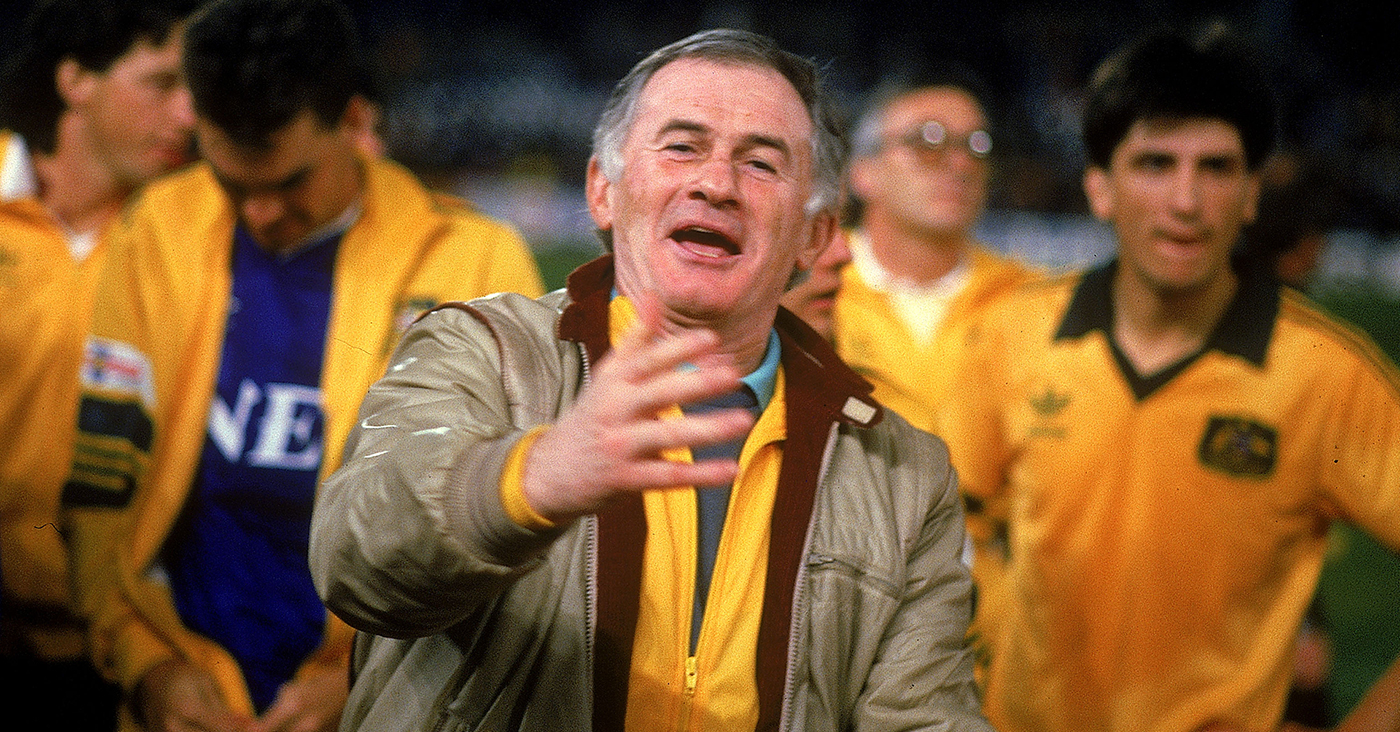 “And I think that put the wind up Israel that night because the boys went out and put on a great performance, won 2-1, and that rivalry continued on from 1985.”

Anecdotes like these will ensure that Frank Arok’s name is forever remembered in Australian footballing circles.