When it comes to international football, Stadium Australia is as close to an impenetrable fortress as it comes.

This is not hyperbole. The cold hard facts suggest this to be so. Having started playing competitive games at the venue in 2001, the Socceroos have ten wins, one draw, and only a solitary loss.

That’s a win rate of 83%: an enviable percentage for any team and any venue in the world.

With the next big fixture at the stadium coming up – a crucial World Cup Qualifier against Japan on Thursday 24 March – we take you through every competitive match the Socceroos have played at Stadium Australia.

The first competitive match at Stadium Australia saw Australia get off to a winning start at the new World Class venue. Goals from David Zdrilic (x2), Brett Emerton and John Aloisi saw the team triumph over New Zealand in the second leg of World Cup Qualifying. Having taken a 2-0 lead in the first leg, the 6-1 aggregate victory set-up a ill-fated match up with Uruguay. 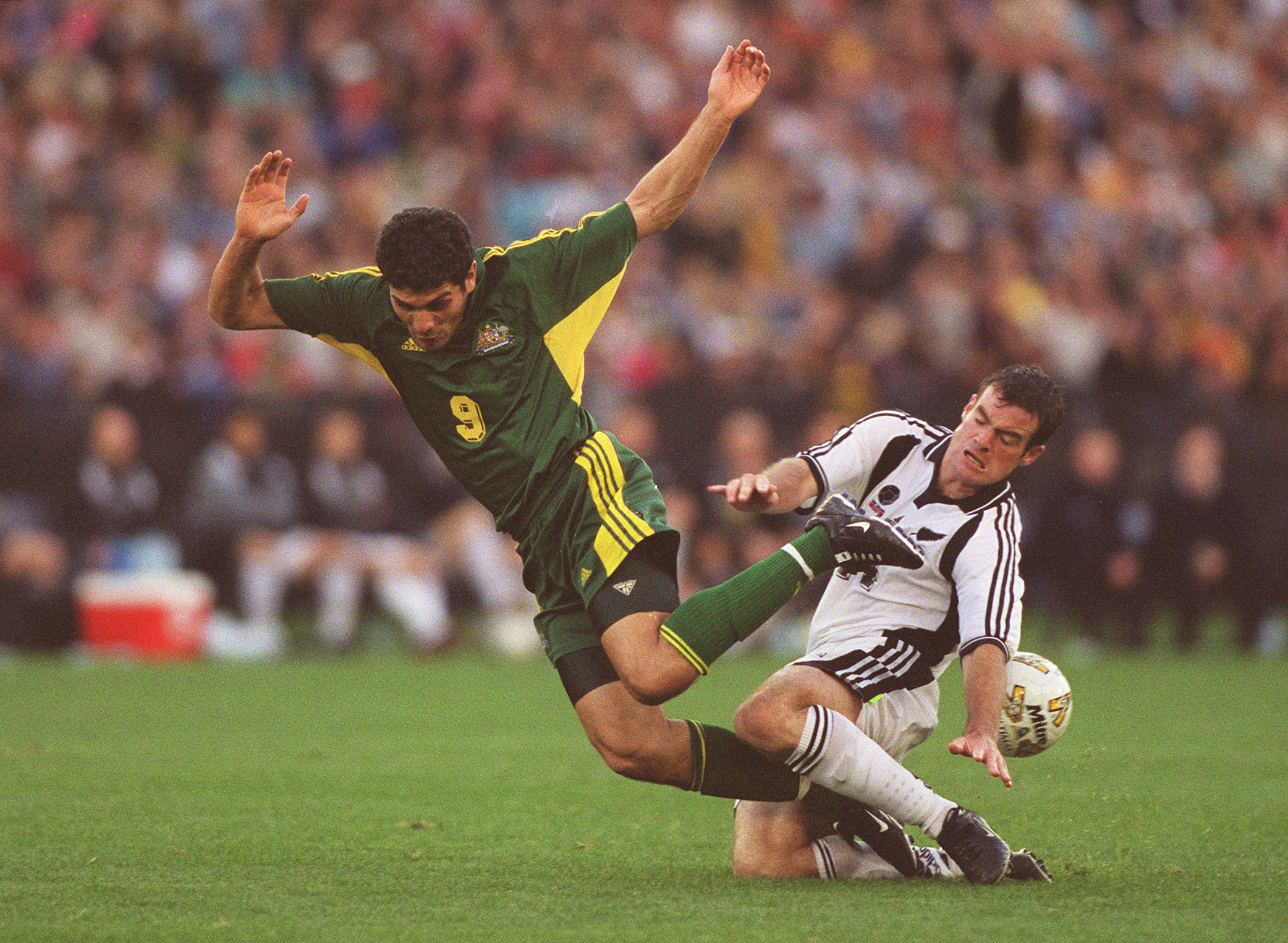 The most famous of all matches at Stadium Australia, the Socceroos were able to exact revenge on Uruguay for the defeat four years prior. A capacity crowd backed Australia, the most vocal a crowd as has been seen on these shores – even booing the South American’s national anthem.

Going into the game 1-0 down from the first leg, a Harry Kewell air-swing inadvertently set up Marc Bresciano for the equaliser before John Aloisi famously scored the winning penalty that broke Australia’s 32-year appearance drought at the FIFA World Cup.

The Socceroos' only competitive defeat at Stadium Australia came at the hands of the Chinese in a dead rubber. Having already guaranteed their place in the next round of qualification, Australia put out a young line-up featuring the likes of Ruben Zadkovich and Kristian Sarkies against a strong Chinese side. 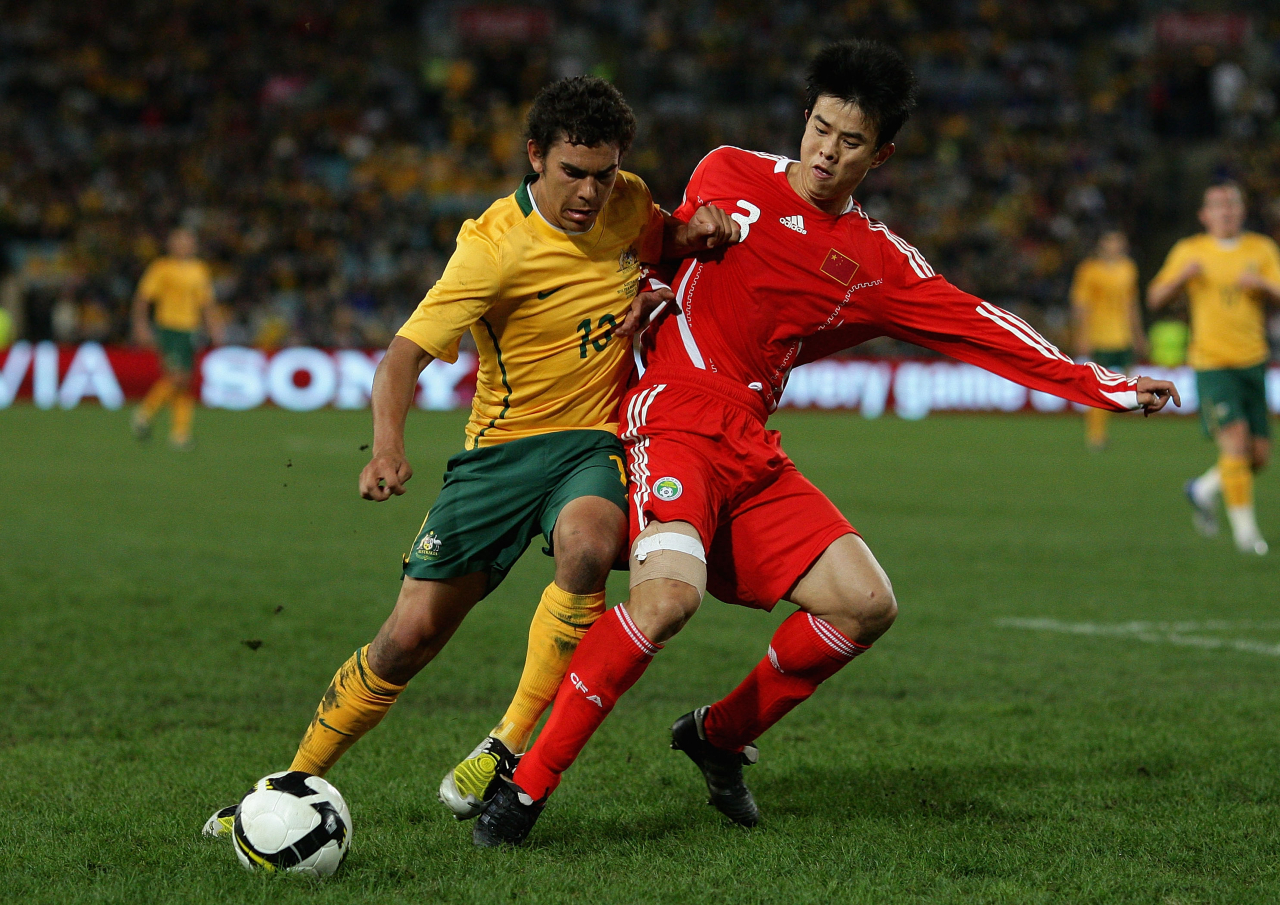 This win put the Socceroos on the brink of qualification for the 2010 FIFA World Cup in South Africa. It was an efficient performance which was typical of the Pim Verbeek-coached team at the time with goals from Josh Kennedy and Harry Kewell defeating the Uzbeks. 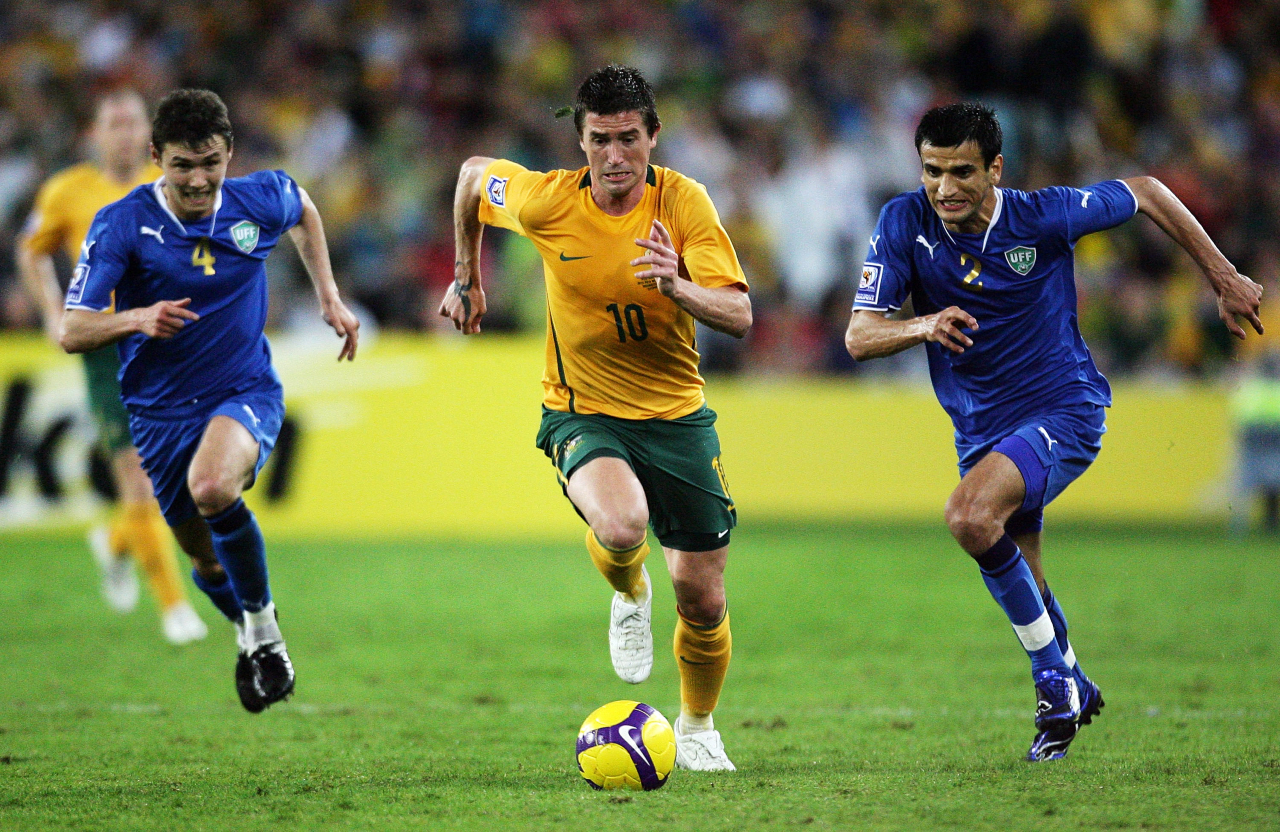 With FIFA World Cup qualification already secured at this stage, it was a routine win in very cold conditions. Mile Sterjovski and David Carney were the goal scorers. 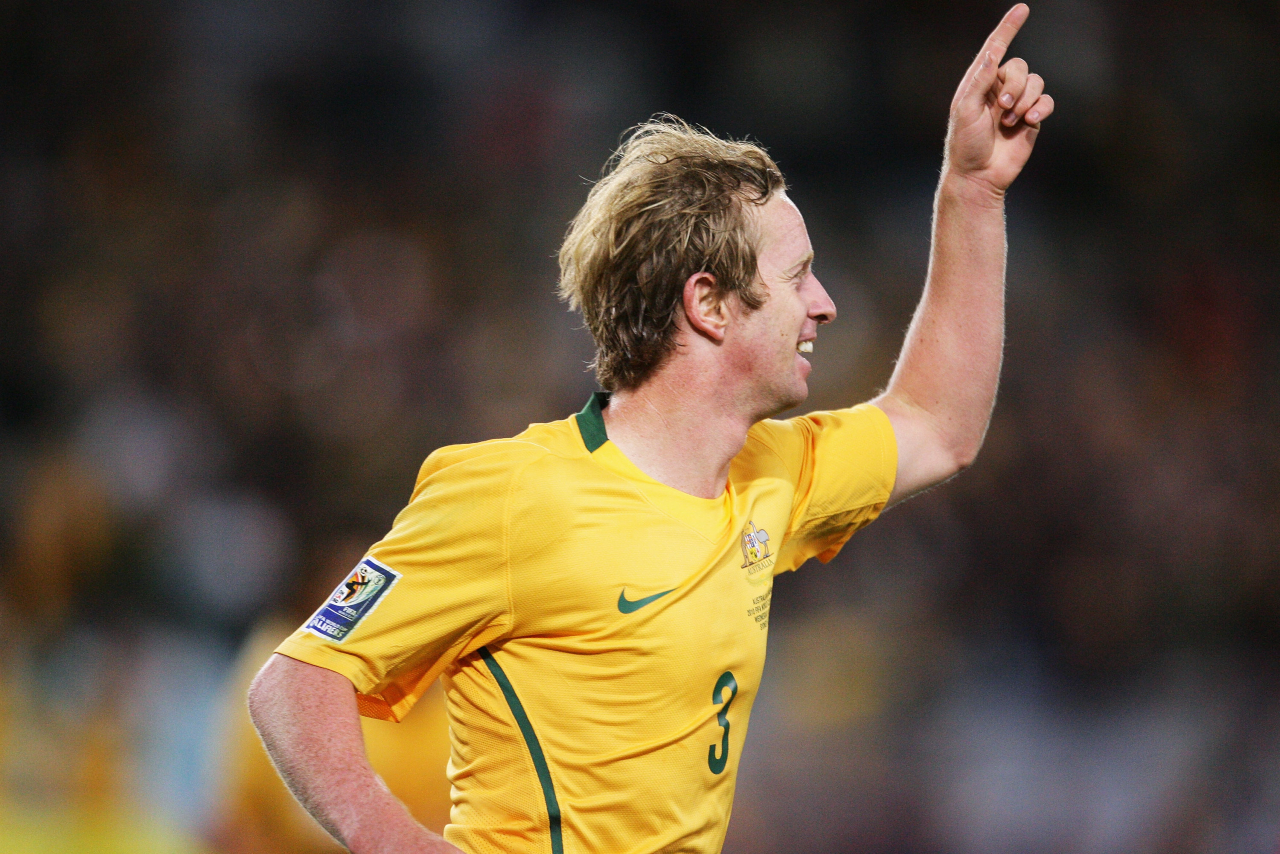 A cruisy win where Australia was never troubled. Brett Holman scored in the eighth minute and the Socceroos never looked in danger. Goals from Josh Kennedy and Mile Jedinak sealed the win in the World Cup Qualifier. 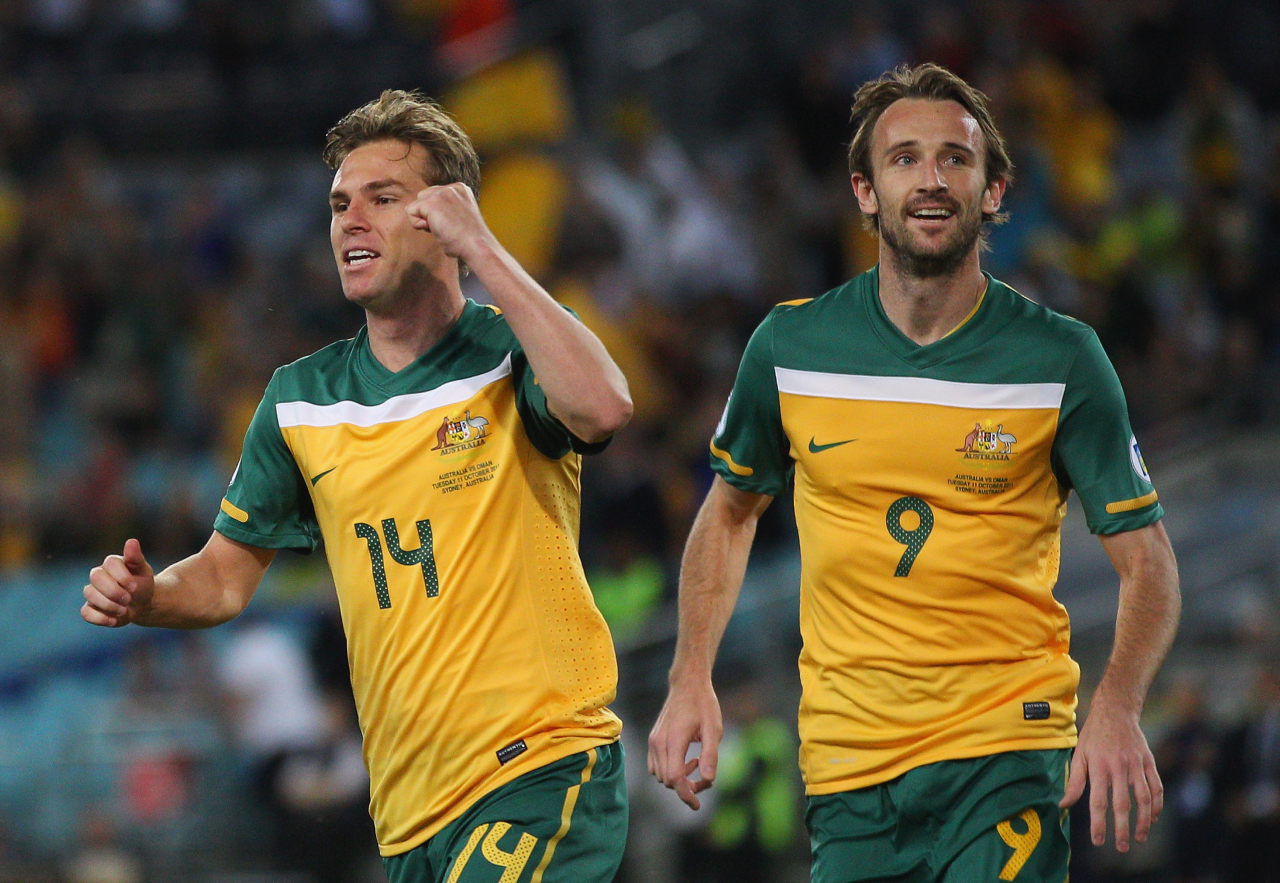 It was a much different story the next time Oman came to town as the Socceroos were desperate for a victory to right the ship after a shaky start to the final group phase of AFC World Cup qualifying.

Heading into the game the Socceroos had only had a single victory along with two draws and a loss – and things were looking even worse only 49 minutes in as Oman took a 2-0 lead. Crucially, Australia were able to hold off Oman’s attacks and eventually turned the match on its head: Tim Cahill and Brett Holman both scoring in the second half.

It was a disappointing result but kept Australia in the race for a World Cup spot... just. 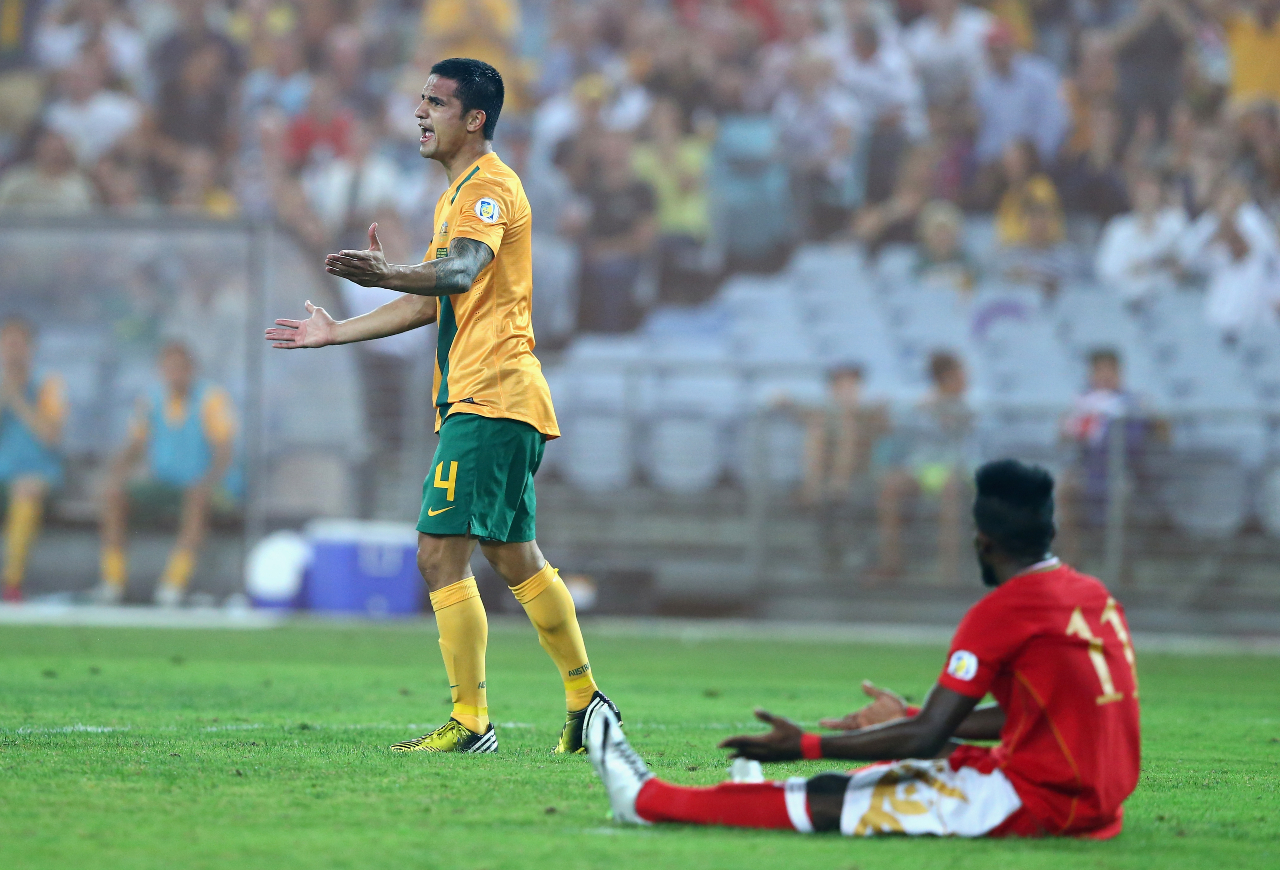 It all came down to this. In front of the biggest Stadium Australia crowd since the 2005 match against Uruguay, the Socceroos walked onto the pitch knowing that only a victory would ensure their direct qualification to the 2014 FIFA World Cup in Brazil.

It was a trepidatious first 80 minutes, with no breakthrough achieved. There was tension in the crowd as the reality of entering the play-off lottery started to linger in the minds of those watching.

Thankfully it was not to come to that. A delightful Marc Bresciano cross found the head of Josh Kennedy who made no mistake: burying the finish in the back of the net. The remaining ten minutes was agonising and seemed to drag on forever, but the full time whistle sounded and the Socceroos had secured their spot in Brazil. 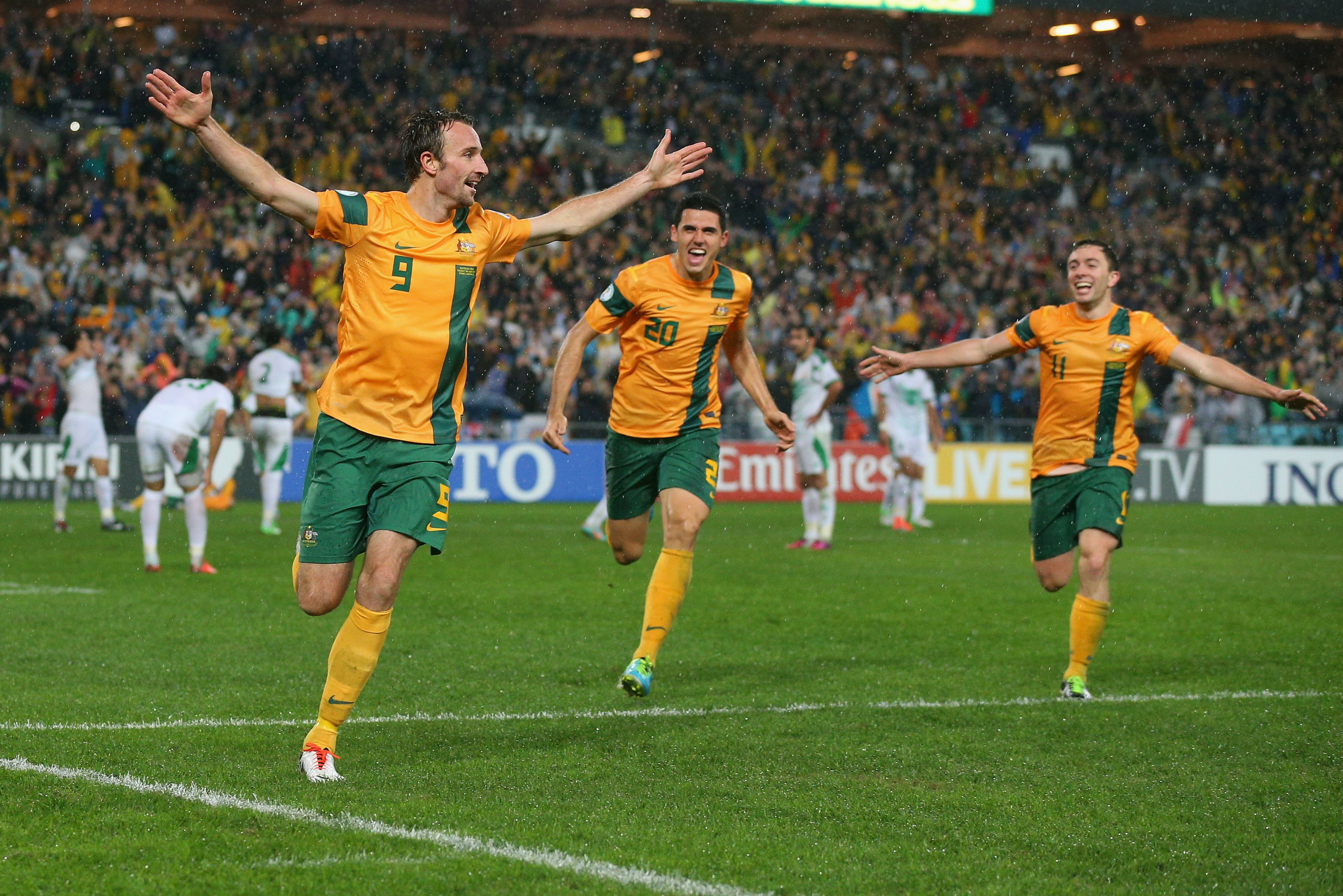 Australia was hosting the men’s Asian Cup for the first time and Oman were once again the visitors at Stadium Australian. A comfortable and professional performance saw the Socceroos earn their second win of the tournament with goals from Matt McKay, Robbie Kruse, Mark Milligan, and Tomi Juric. 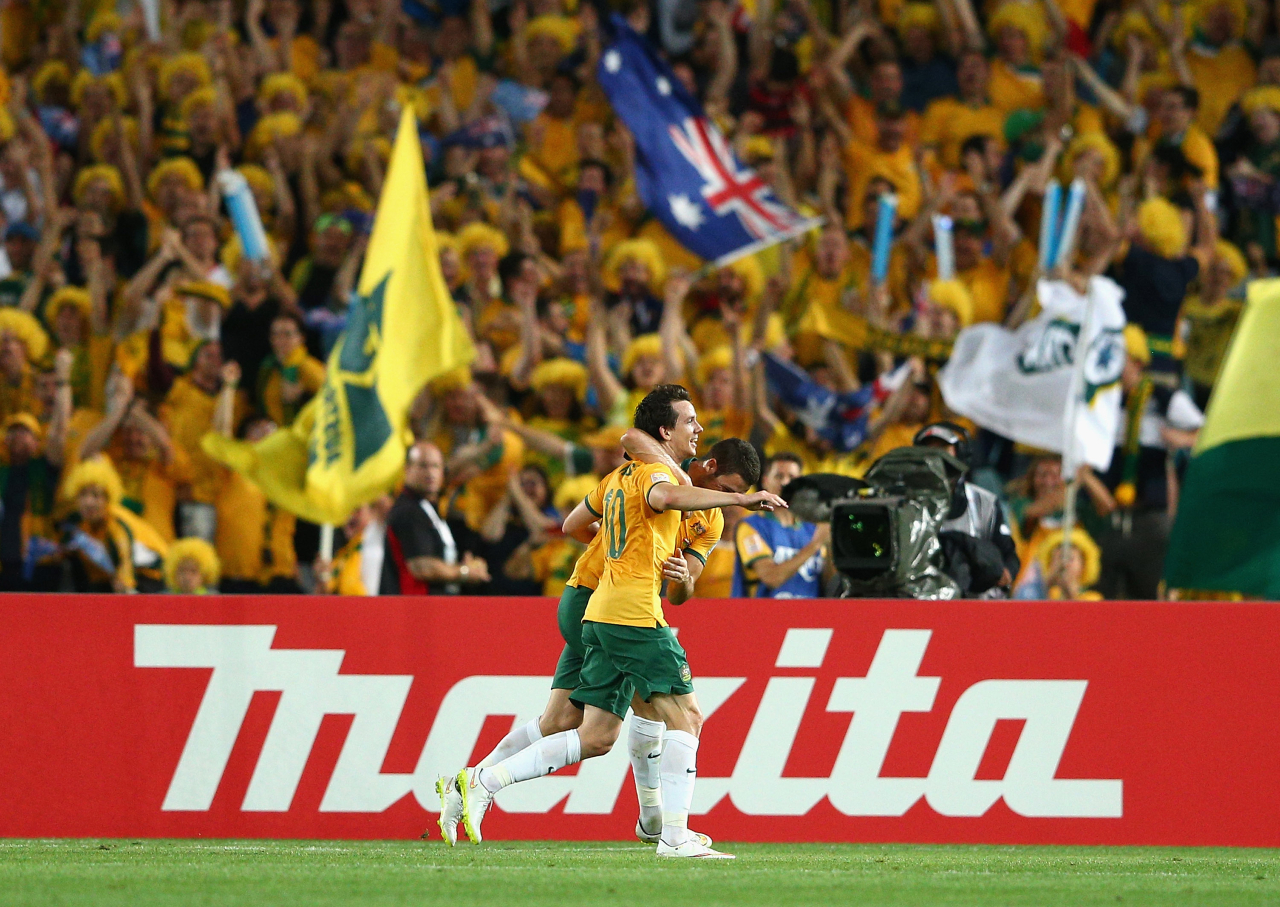 The Socceroos were playing in their second Asian Cup Final and they had a large crowd behind them to maximise the home ground advantage. Massimo Luongo opened the scoring and Australia looked to be cruising to victory until Korea hit Australia with an injury time equaliser.

Extra time was tense but Australia had the edge and when James Troisi slammed home the set-up work by Tomi Juric, the noise of celebration lifted the metaphorical roof off the stadium.

The Asian Cup trophy was the Socceroos’ first piece of major silverware and it was fitting that it came in a stadium which had already been host to so many historical moments for the national team.

A 1-1 draw in the first leg meant that danger signs were on after Syria took the lead in just the sixth minute. Those concerns were put to bed relatively quickly though when Tim Cahill equalised seven minutes later.

The rest of the match was a dicey affair until Cahill scored his second goal in extra time. Even then, hearts were in mouths until the very end when Syria hit the post in what was essentially the last play of the game. If that went in, Syria would have triumphed on away goals. But alas, it did not, and Australia won the right to take on Honduras in the inter-continental play-off.

The most recent match at Stadium Australia, the third World Cup Play-Off, and one of the more impressive results. Coming off a 0-0 result in the away tie, Australia needed a victory to reach the FIFA World Cup in Russia. It was a Mile Jedinak hat-trick that put the Socceroos through – with all three goals coming in the second half, and two coming from penalties.

A 90th-minute consolation goal did little to dampen the celebratory spirits at Stadium Australia with the Socceroos celebrating their qualification for a fourth straight FIFA World Cup.

Australia will be looking to build on its strong history at Stadium Australia when it hosts a crucial World Cup Qualifier against Japan. Interestingly, despite the fierce and regularly rivalry between the Socceroos and the Samurai Blue, this is the first time these two teams have met at Stadium Australia. A win is almost the bare minimum if direct qualification is to be won with a big crowd needed to help push the national team over the line.