Maclaren collected the award at the Hyundai A-League's edition of the Dolan Warren Awards, hosted online on Thursday night.

His 22 strikes included two hat-tricks, five braces and six individual goals as the 27-year-old led City to their best-ever finish of second on the table with a club-record 47 points for the 2019/20 season.

Of all the goals he scored on his way to collecting the Nike Golden Boot, however, Maclaren says his least memorable finishes are his favourites.

"My favourite goals are probably the ugliest goals," Maclaren said.

"I pride myself on making sure the move is finished when the ball is in the back of the net, I like to follow up on every single action and be pessimistic in the sense that I’m always preparing for the worst situation and preparing for mistakes.

"I pride myself on that and I’ve worked on it, some of my game is based on instinct and like I said my team-mates have produced some great crosses and some great through balls for me too."

It's the second time Maclaren has finished as the leading goalscorer throughout a Hyundai A-League campaign after sharing the honour with Besart Berisha in 2016/17 in his stint with Brisbane Roar.

Maclaren says the honour is important to him, but admits it wouldn't have been possible without those around him at the club, and his family who made a lot of sacrifices to continue to support him this season.

"Being a striker you grow up and you pride yourself on scoring goals.

"I have to thank obviously Erick [Mombaerts] and [Patrick Kisnorbo] who were the coaches this season who really drove me to a new level, and the guys behind me who produced the ammunition for me.

"Pure and simply I wouldn’t be sitting on the goals that I have if it wasn’t for those blokes.

"Huge credit to them but aside from football it’s your family and the ones who sacrificed all this time.

"It’s a difficult time but the support i’ve got is unreal and I have to credit all those people who have been around and helped me achieve this goal." 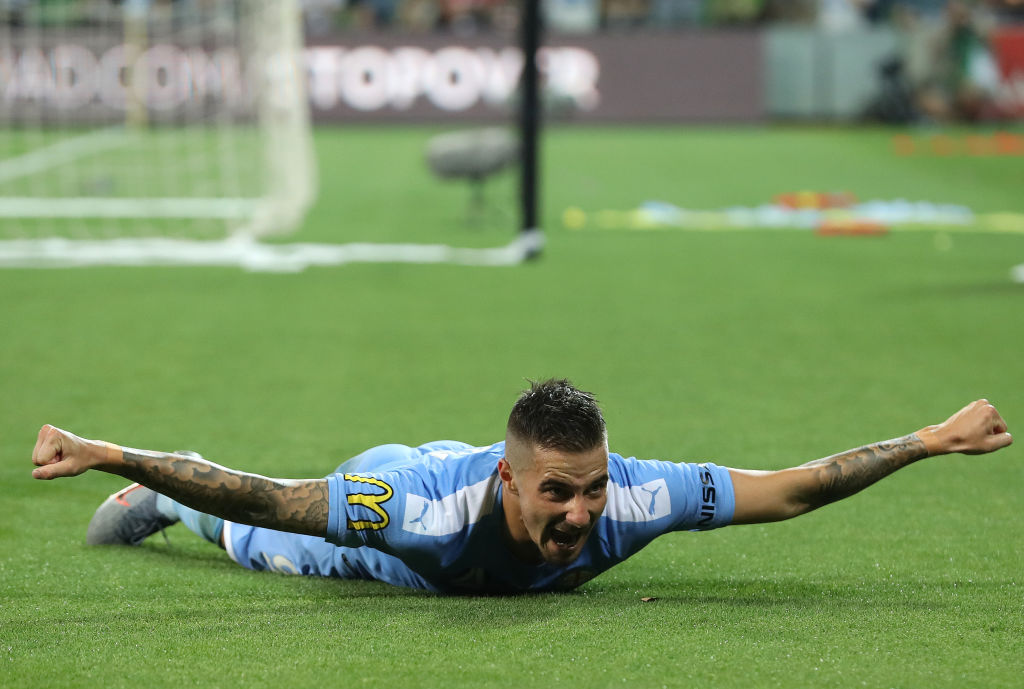