Daniel Arzani has officially signed with Danish Outfit AGF Aarhus on loan for the remainder of the 2020/21 season.

On Tuesday night (AEST) it was announced that the 22-year-old will link up with fellow Socceroo Alex Gersbach and Australian U23's representative Zach Duncan at the Superliga club.

The move arrived after an agreement was struck between FC Utrecht and Arzani's parent club Manchester City to secure an early release from his previous loan spell.

READ: Zach Duncan signs on with AGF Aarhus until 2025

The dynamic attacker has six Socceroos appearances to his name so far, which came after a breakout period with Melbourne City in the A-League, culminating in his selection with Australia's 2018 FIFA World Cup squad.

Since then a move to Manchester City was immediately followed by a stint with Celtic, which was unfortunately headlined by a serious knee injury on debut.

Arzani will be eager regain his momentum with some regular match minutes at a club which was also the home of Socceroos midfielder Mustafa Amini for four seasons.

"I'm very excited to be here and more excited to get started - I'm hungry to show myself," Arzani told AGF TV.

"I've talked a lot with the Aussie boys at the club... they've all had nothing but good things to say about the club, the city and the management so for me this was a no brainer when it came across my table.

"Young players are given a chance here more than anything and that's the most important thing." 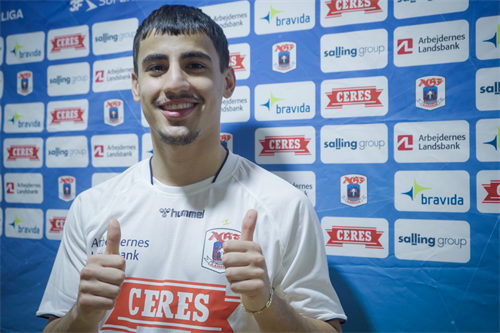 AGF are also hoping that the young Australian attacker can contribute to achieving  their high ambitions this season.

"Arzani is a talented and exciting player who can perform both in the offensive part of midfield and on an edge," club CEO Jacob Nielsen said.

"He is a technically strong player, rounded by the Australian mentality, as we know well in AGF, where it is healthy virtues and a good work mentality that characterise the football players. So he will fit in well with our squad in the spring, where we enter a period with many matches."

AGF are currently third in the Danish Superliga, but only three points shy of first. Their next 2020/21 league fixture is away to Vejle BK on February 3 (AEST).