Commonwealth Bank is set to become the largest investor in Australian women’s football as the Matildas prepare for their most exciting international campaign ever, to 2023, and beyond.

Commonwealth Bank and the sport’s governing body, Football Australia, announced today that CBA will become the official naming rights partner and bank of the national women’s team, the Matildas, Junior Matildas and Young Matildas from August 2021. The initial four year partnership will inject millions of dollars into elite women’s football and grassroots initiatives around the country, and it’s just the start of what is set to be an exciting new partnership.

With the new Football Australia partnership, CBA believes it will be the largest supporter of women’s sport in the country, alongside its longstanding partnership and support for women’s cricket spanning more than 20 years.

CBA’s commitment to women’s football supports Football Australia’s Legacy ‘23 plan which was announced at Parliament House in Canberra in February this year. Legacy ’23 is a plan to deliver immediate and long-term community benefits and economic impact from Australia hosting the biggest sporting event on our shores since Sydney 2000. It’s football’s ambitious plan for our nation to grow through football and realise enduring and exciting benefits as a result of hosting this global event. 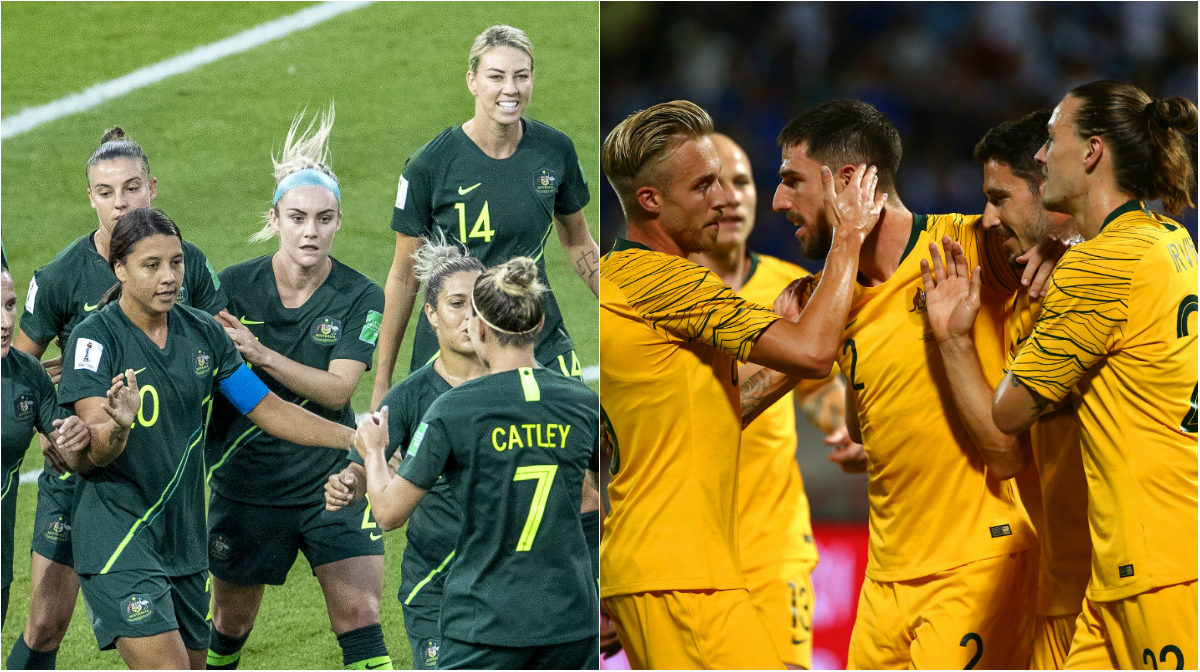 Commonwealth Bank CEO, Matt Comyn, said: “Women’s football and women’s cricket are showing young Australian women they can achieve great things on the world stage. We look forward to working with Football Australia to ensure every girl and boy playing in a community club with a goal to play at an elite level has the same access and support to achieve their dream.

“The Matildas have been one of the great success stories of Australian sport in recent years as the women’s game has grown in stature and importance at home and around the globe. Many players are now in some of the best leagues in the world which has helped put Australian football on the map. We are delighted to partner with Football Australia in not only supporting the Matildas in their quest for World Cup glory, but equally as important, supporting the future growth and development of the game across all levels.”

CBA Group Executive, Marketing and Corporate Affairs, Priscilla Brown, said: “Through our support for women’s cricket, we have greatly appreciated and understood the significance of creating equal access and opportunity for all through sport. In taking our investment in Australian women’s sport to the next level, CBA and Football Australia have committed to helping players of all ages, genders and abilities to participate in one of the country’s favourite sports, football.

“Women’s football has become one of the fastest growing participatory sports across the country and I’m proud that our investment will be able to support even more opportunities for women and girls to play a game they are passionate about at the highest levels. We believe the Football Australia partnership, alongside our existing support of women’s cricket, will make CBA the largest supporter of women’s sport in the country and we are excited about the ways we can work together to expand football from grassroots to elite levels.” 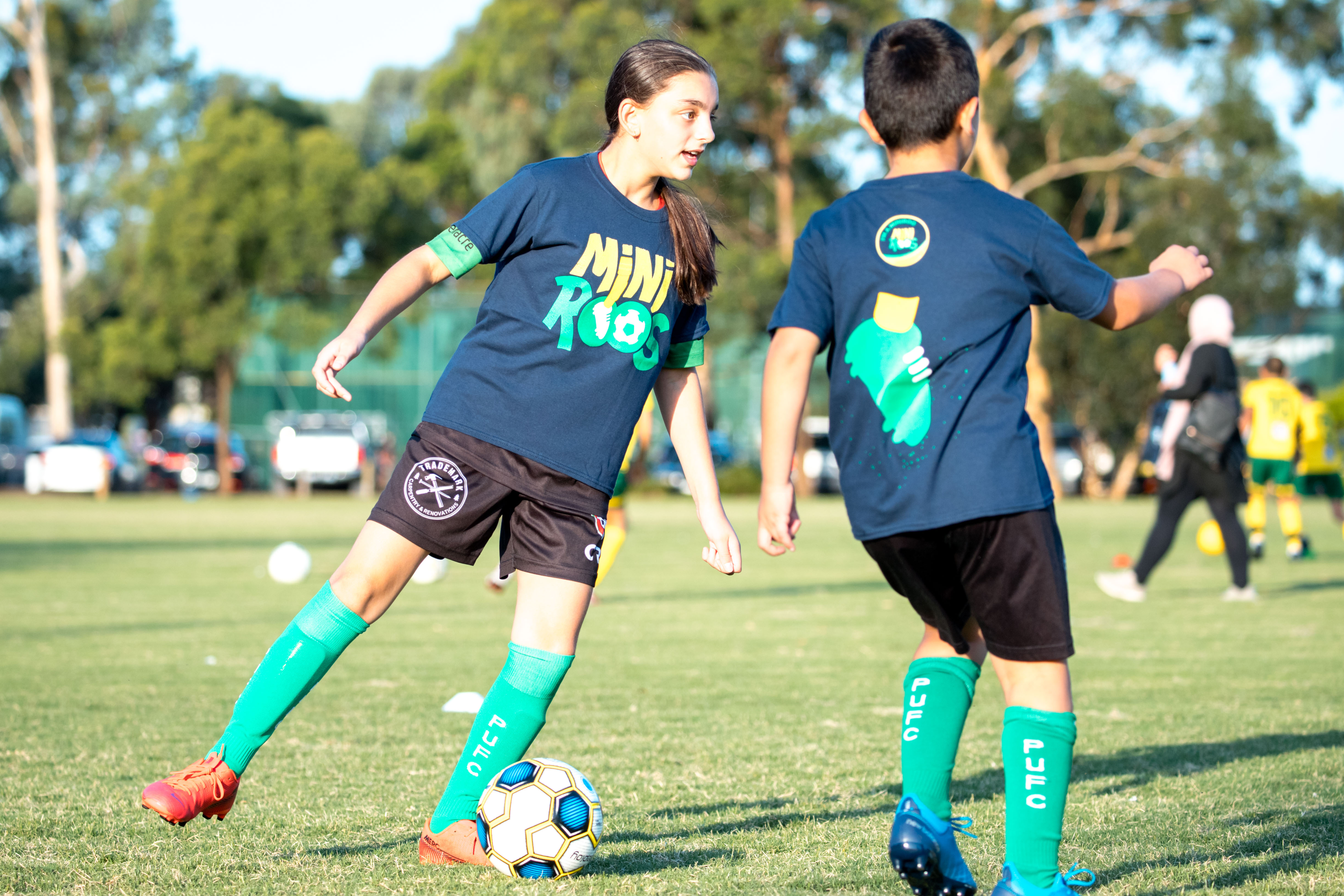 Football Australia CEO, James Johnson, said: “We’re delighted to partner with Commonwealth Bank and see this as an exciting synergy of two of Australia’s great contemporary brands. We believe firmly in anchoring the growth of our sport in women’s football, the strength of our diverse community, promoting inclusivity in Australian football and enhancing the reputation of our national teams, both the Matildas and Socceroos as we embark on an incredibly busy international schedule over the next four years. We are thrilled that these core themes of our new 15-year vision and strategic agenda, which are so deeply embedded within our XI Principles for the future of Australian football, are also extremely important to Commonwealth Bank.

“This partnership is a wonderful representation of our bold new vision for the sport coming to life and the new trajectory of Australian football. We are proud to welcome Commonwealth Bank, one of Australia’s most iconic companies, to the football family as we embark, together, on this exciting journey of transformation towards becoming the centre of women’s football in the Asia-Pacific.

“I would also like to take this opportunity to pay tribute to the enormous support that Westfield has and continues to provide to women’s football in Australia. Westfield’s commitment, leadership and significant investment in the game over 13 years has helped to create the current generation of champions and for that we will always be grateful. We continue to work with Westfield and indeed are excited about the Westfield Matildas taking on the Netherlands tonight.”

Football Australia Head of Women's Football, Women's World Cup Legacy & Inclusion, Sarah Walsh said: “Commonwealth Bank’s female-focused investment will provide greater awareness of, and access to, women’s football. We want to ensure every boy and girl has a great experience in the game they love and remain focused on building a legacy for our sport by providing girls with a pathway and inspiring them to play elite football. Only three months ago, Commonwealth Bank was ranked as Australia’s strongest brand, and as both an ex-player and administrator in the game, it is a truly proud moment to have such a significant organisation dedicating so much resource to our game.”

Commencing from August 2021, the partnership between CBA and Football Australia will include but is not limited to: