The Caltex Socceroos will find out who is in their group for next year’s AFC Asian Cup title defence, when the draw for the 2019 tournament is held in the early hours of Saturday morning (AEST).

In a first for the AFC Asian Cup, 24 nations will be involved for the tournament in the UAE, with the six groups to be determined from 1.30am on Saturday (AEST).

As defending champions and one of the highest-ranked nations in the AFC, Bert van Marwijk’s side are in Pot 1 alongside hosts UAE, Iran, Japan, Korea Republic and Saudi Arabia.

One team from each of the pots will be drawn into six groups of four, with 16 countries to then advance to the knockout stages.

That will include the top two from each group which makes the round of 16 automatically, while the four best third-placed nations from the six groups will qualify.

This will be the second time the UAE has hosted the tournament, losing the final to Saudi Arabia on the last occasion in 1996.

CHECK OUT THE POTS FOR THE DRAW BELOW 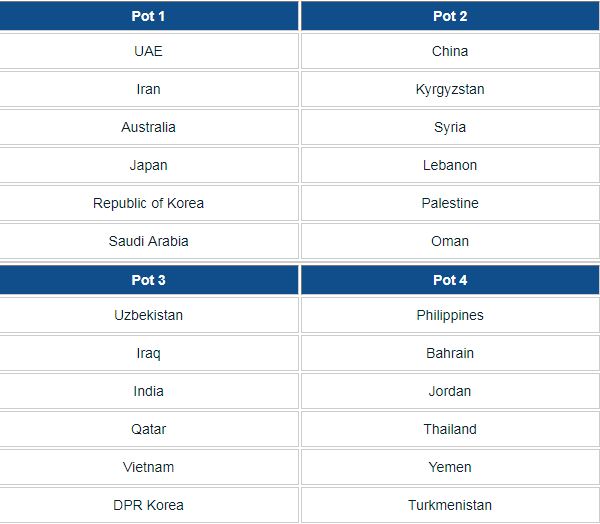