The Caltex Socceroos defeated UAE 2-0 to pick up three precious points in Group B of World Cup qualification on Tuesday night in Sydney.

After four consecutive draws, three points was a must for Australia. And the Socceroos' danger at set pieces proved the difference with both goals coming via headers from corners to push Australia to 13 points in the group.

Australia got off to a perfect start with Jackson Irvine’s bullet header – his first for his nation – giving the hosts a vital edge.

But with Omar Abdulrahman becoming increasingly influential, UAE worked their way back into the contest for the remainder of the first half.

It remained a tight contest with UAE pressing hard early in the second stanza but the home side was lifted with 20 minutes to go when Tim Cahill came on for Tomi Juric.

The game opened up in the final stages with both sides creating good chances – Irvine going closest to doubling his and Australia’s tally with a neat header. 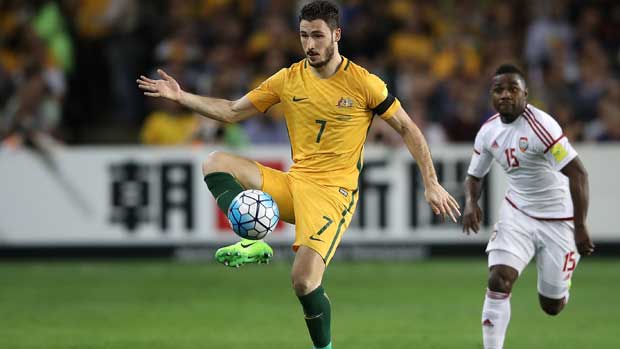 And Mat Leckie doubled the lead with 11 minutes left with a power header to confirm the points.

Some heavy tackles crept into the final stages of the game as UAE sensed the jig was up.

Australia’s first effort on goal and the Burton Albion man powered home a corner which was deflected past Ali Khaseif and rolled into the net.

James Troisi’s curling corner was met by Leckie and in a replica of his goal in Tehran last week, the German-based striker smashed his header home. 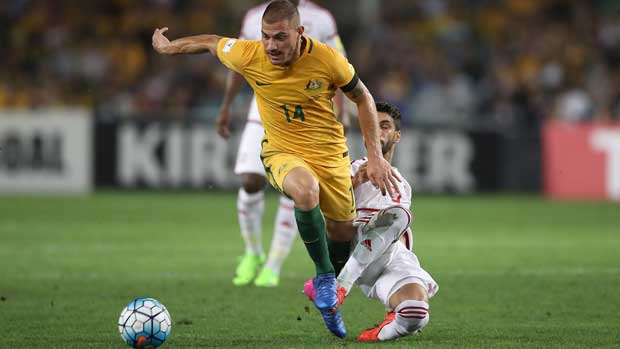 17’ Ryan’s excellent save to keep out a wicked Abdulrahman left footed set piece from just outside the box.

3.     Trent Sainsbury starting for the first time since November

The Socceroos maintained their push for a top-two finish with a precious three points. It wasn’t pretty, but it’ll do.

Now onto Adelaide and Saudi Arabia for an absolute blockbuster.