The Caltex Socceroos have their first point after they drew 1-1 against a physically powerful Cameroon in their second game at the FIFA Confederations Cup on Friday morning (AEST) in St Petersburg.

After a 3-2 loss to Germany earlier in the week, a win was needed but in the end the Socceroos could not find a winner against a physically imposing Cameroon side after they equalised in the second half.

The other two teams in the group - Chile and Germany - were set to face each other later in the day.

Australia got caught out with Ngadeu-Ngadjui’s long ball over the top that found Anguissa running off Degenek’s shoulder. He was first to the ball through and inside the box he poked the ball past the oncoming Mat Ryan. 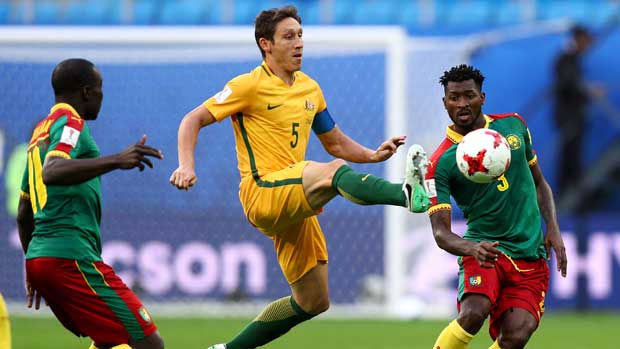 Gersbach was adjudged to have been fouled and Milligan coolly stroked the pen home low into the left-hand corner past Ondoa.