Caltex Australia with the Socceroos all the way

The exciting new partnership sees Australia’s leading fuel supplier secure naming rights for the Caltex Socceroos and also involves a broader partnership with the men’s and women’s National Teams to help develop the next generation of football stars.

“We are extremely thrilled that Caltex Australia has joined as naming rights partner of the Socceroos for the next four years,” FFA CEO David Gallop said.

“This partnership comes at a time when the Caltex Socceroos are entering an incredibly exciting period as we build towards the 2018 World Cup.

“Ange Postecoglou and his team face two crucial World Cup qualifiers and then two matches against Greece as the Caltex Socceroos prepare to play matches in Adelaide, Sydney and Melbourne before the start of the final round of World Cup Qualifying later this year.

“This partnership will help the Caltex Socceroos ensure they are well prepared as we look ahead to the 2017 FIFA Confederations Cup and the 2018 FIFA World Cup.” 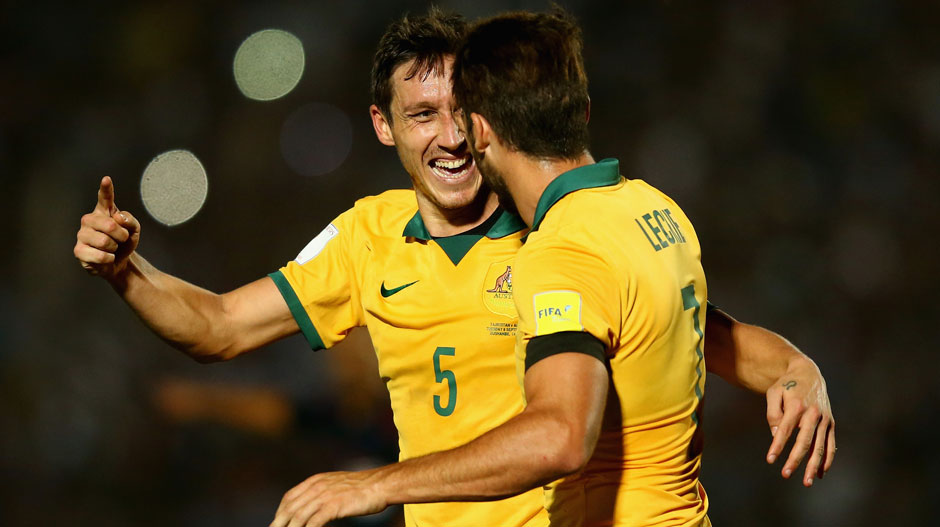 Caltex Australia’s Executive General Manager Commercial, Bruce Rosengarten, said as an Australian company, Caltex was very proud and excited to be backing football in Australia and the Caltex Socceroos as its national team.

“It’s extremely exciting for us to be the naming rights sponsor of the Caltex Socceroos for the next four years, particularly as football is one of the country’s fastest growing sports,” Mr Rosengarten said.

“We couldn’t be more thrilled to get behind football in Australia, standing by our customers and football fans nationally, cheering on the Caltex Socceroos as they strive to make an impact at the sport’s biggest event, the 2018 FIFA World Cup in Russia.

“Between Caltex and FFA, we touch many Australian lives across the nation and we look forward to celebrating Socceroo success with all the fans.

The partnership will deliver exciting new promotions with Vortex premium fuels for Caltex customers and members of the Football Family!