Olyroos goalkeeper Jack Duncan says the do-or-die nature of Thursday morning’s (AEDT) clash with Jordan will bring out the best in the Olyroos.

“As you saw [in the 2-0 win against Vietnam], we knew exactly what we had to do, we had to go out there and win and the boys put on a really good performance,” Duncan told FFA TV.

“There was a lot of energy with the game we played and I think going into this last game, we’ll really back that up.

“We know exactly what we have to do and I think in that situation we really lift. Heading into the last game we’ve got all the confidence to do it.”

The equation for Aurelio Vidmar’s side is simple.

Beat Jordan and stay alive in the AFC U-23 Championship in Doha, but fail to take the three points and their tournament – and Rio Olympics dream - is over. 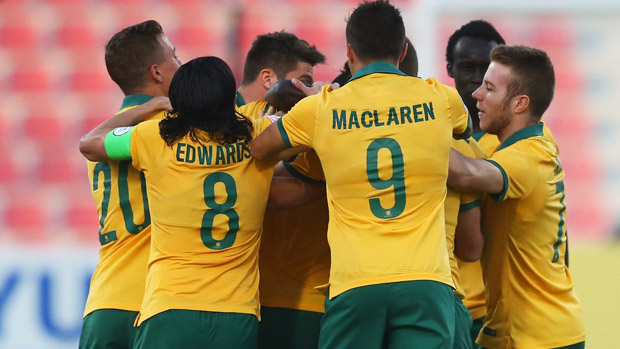 It’s a high pressure situation for the young Aussies but Duncan insists the side has grown from the opening loss to UAE and won’t fall into the same trap in the defining clash with the Jordanians.

“We definitely have to learn from our first game against UAE.

"I think they [Jordan] will be pretty similar in the way they set up and might sit back and let us have a bit of the ball around that backline,” the Randers gloveman said.

“I think we have to move the ball quick and make sure that we’re not making any errors in terms of simple passes across the backline.

“That’s where they really look to exploit teams. I think we have to be really solid in that aspect.”

The Olyroos dominance in the opening two matches means Duncan hasn’t had a lot to do but he pulled off a couple of impressive late saves to keep Vietnam at bay on Monday morning (AEDT).

“Going into it the first game it was relatively quiet accept for a couple of good stops here and there it was good to make a good save when I was called upon,” the 22-year-old said.

“And the same last game late on to ensure we kept things solid at the back and head into the next game with a clean sheet.

“Conceding a scrappy goal in the first game, it’s good to back that up with a clean sheet and looking forward, goal difference might come into it so a clean sheet is always important,” Duncan added.