The 2017/18 Premier League season will likely be remembered by the title-winning achievements of Manchester City. However, City’s supremacy ought not to overshadow the tales of against-all-odds victory from Huddersfield Town and Brighton and Hove Albion, for whom two Australians played starring roles.

Few gave Aaron Mooy or Mathew Ryan much of a chance in their debut seasons in England's top flight.

But the pair of Aussies proved to be the unlikely saviours in the promoted minnows' remarkable survival story.

As such, Huddersfield and Brighton's hopes of evolving this season could depend heavily on them again.

In this article, thanks to OPTA data, we take a look at the influence of Mooy and Ryan in the 2017/18 Premier League season, and examine what Huddersfield and Brighton must do in order to maintain their top-flight status.

HUDDERSFIELD MUST BUILD AROUND MOOY TO SURVIVE

In the words of manager David Wagner, Huddersfield were ‘predicted to be relegated by miles’ at the start of the 2017/18 campaign.

The Terriers had scored a meagre 56 goals from 45 games in the Championship season that preceded. They would also become the first team in history to be promoted via the play-offs with a negative goal difference.

Huddersfield's 2016/17 wage bill was dwarfed by Championship cellar-dwellers Birmingham City and Blackburn Rovers, and it was no surprise that Wagner’s side held the lowest wage bill when they arrived in the top flight for the first time since 1972.

It was something of a minor miracle that Huddersfield finished 16th – and Aaron Mooy was utterly central to the fairytale that unfurled in West Yorkshire.

In a team famed for their collective grind, Mooy was emblematic of the Terriers' spirit and his contribution stood head and shoulders above that of his teammates.

A key leader in Huddersfield’s aggressive pressing game and the heartbeat of the side in possession, the 27-year-old was one of the Premier League season’s unsung heroes.

Mooy’s anchoring midfield role required lung bursting sequences of pressing and long spells of defensive concentration: but he still managed to finish the campaign as the club’s central source of attacking output.

With four goals and three assists, the Australian was directly involved in the equal second-most goals of any Huddersfield player, behind only target man Steve Mounie with eight. He also created 50 goal scoring chances - 24 more than next-best, fullback Florent Hadergjona (26).

Moreover, Mooy’s key passes per 90 minutes graded at 1.42 – which saw him outrank the likes of midfield rivals Jordan Henderson, Paul Pogba and Aaron Ramsey in that particular metric.

Huddersfield will likely need to evolve to preserve their Premier League label in 2018/19. The club tallied the equal lowest goals (28) and third lowest shots per game (9.5) last season and ultimately failed to score in 55% of their matches.

While Wagner’s side should still be awkward customers once more, their chances at survival could hinge on the German’s ability to improve players around and in front of the Caltex Socceroos midfielder.

Goalkeepers, arguably more so than any other position, are intensely scrutinised in their maiden Premier League season.

But the fact that Mathew Ryan's top-flight ability was so rarely questioned throughout his debut campaign was both testament to his quality and the cohesion built at the East Sussex outfit.

The Plumpton-born local arrived at the AMEX Stadium from Spanish side Valencia in June 2017 and slotted seamlessly into Chris Hughton’s expertly-chiselled defensive unit.

Brighton proved to be an exceptionally coached side under the Englishman and, with Ryan guarding the sticks manfully, carried enough star quality in Pascal Gross to confirm safety with weeks to spare.

Their balance across the pitch was grounded between the posts, where Ryan set the tone for a well-organised and structured side.

Brighton’s allowed the least amount of shots in the 18-yard box (46%) out of all 20 Premier League sides - and their 55 goals conceded was the cleanest defensive record in the bottom half.

As a result, opposition sides were often restricted to shots outside the box. For such an outstanding shot-stopper, this would prove to be meat and drink for the ex-Central Coast Mariner.

Ryan finished the 2017/18 season with a save percentage of 94% on shots from outside the box: the second highest of any player in the competition (behind Chelsea’s Thibaut Courtois with 97%).

Although a clear sense of tactical direction will hold the Seagulls in excellent stead as they prepare to cement their Premier League status, Hughton’s side will need to improve in several areas to push on.

Prime among these will be Brighton’s record from set-pieces, and Ryan holds a big role in fostering this improvement.

Brighton conceded the most goals from set pieces (21) of all the Premier League clubs last season, and the 26-year-old’s command of the penalty area could likely have been a big target in the off-season for the club's goalkeeping cohort.

Fortunately, the Caltex Socceroos gloveman is nothing but a fiercely committed learner, and this alone could play an important part in Brighton establishing themselves as a Premier League regular in this season and beyond. 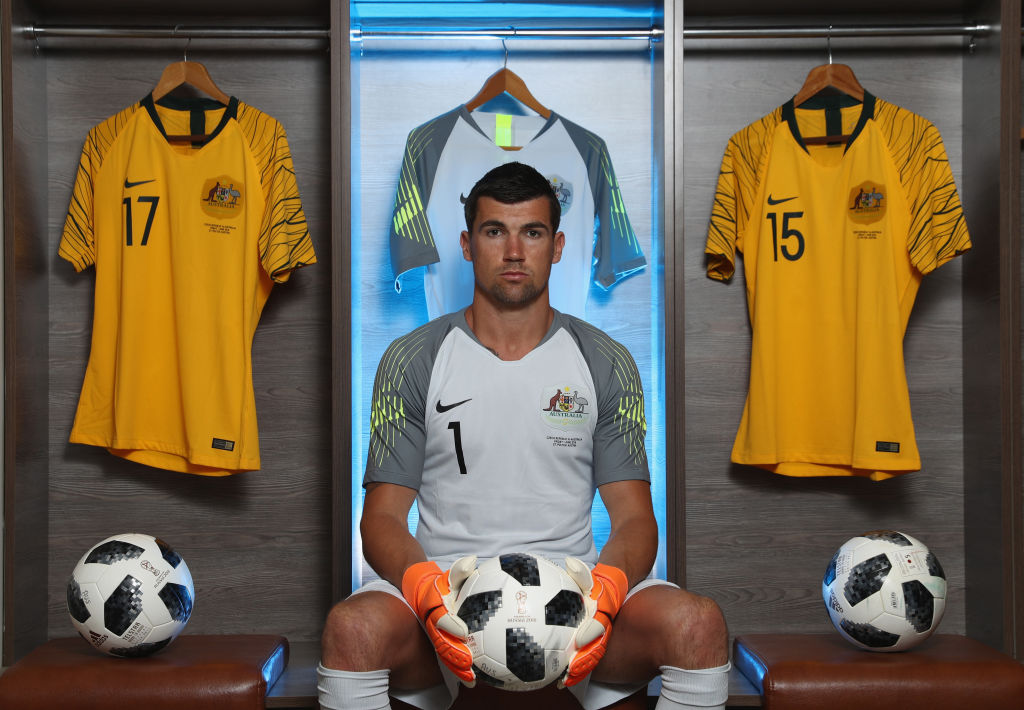