A Philippe Coutinho-inspired Brazil eased past the Caltex Socceroos 4-0 in a friendly on Tuesday night at the MCG.

Australia kicked off, the ball was passed back to Bailey Wright, an errant pass later and Brazil swooped. Within seconds they were inside the Socceroos’ box and Diego Souza slotted low across Mitch Langerak’s right glove after just 12 seconds.

Coutinho’s outswinging corner was met by David Luiz who powered his header against the crossbar, the ball wasn’t cleared and the PSG defender was on hand to head home the loose ball.

Gorgeous interplay started by Willian before Paulinho played his part with a back heel that found Taison who slotted home his first international goal. 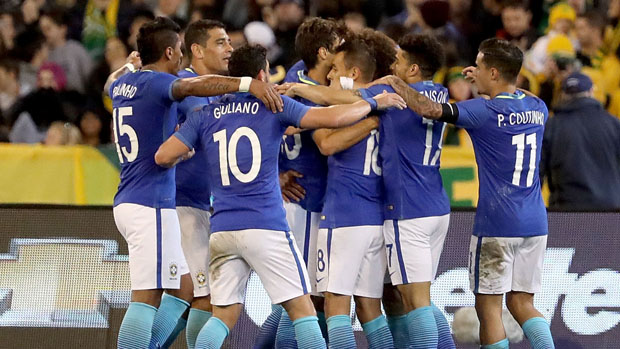 A corner was won after a thrilling counter and Souza made it a double with a header off the set piece with the final action in the game.