Boyle: 'I want to give everything for this country'

New Caltex Socceroos forward Martin Boyle said he is desperate to repay the faith shown in him by coach Graham Arnold after making his Australia debut.

Arnold visited Boyle in Scotland earlier this year to speak with the Hibernian man about pledging his allegiance to Australia.

And the Scottish-born forward did so, turning down advances from his home nation to play for the nation his father was born in.

LUONGO REACTS: Australia will 'get even better', according to goal hero
READ: 'The pool is getting deeper': Arnold hails Caltex Socceroos' attacking options
REPORT: Luongo strikes at the death as Caltex Socceroos and Korea Republic draw 1-1 in Brisbane

Boyle caught the eye in an impressive cameo off the bench on debut, too, playing a key role in Australia’s equaliser in a 1-1 friendly draw with Korea Republic in Brisbane on Saturday evening.

After Tom Rogic’s long-range shot was parried by Korea Republic goalkeeper Kim Seung-Gyu, Boyle showcased his quick reactions by getting to the ball first and helping set up Massimo Luongo’s last-gasp equaliser.

“I was very honoured [to play],” Boyle told www.socceroos.com.au after becoming the 599th men’s player to be capped by Australia.

“For the gaffer just to throw me on, he’s given me a right good chance here and I want to grab it with two hands.

“The lads were great out there and they’ve been great with me since I walked in the door.

“And hopefully I can show more glimpses like that on the pitch. 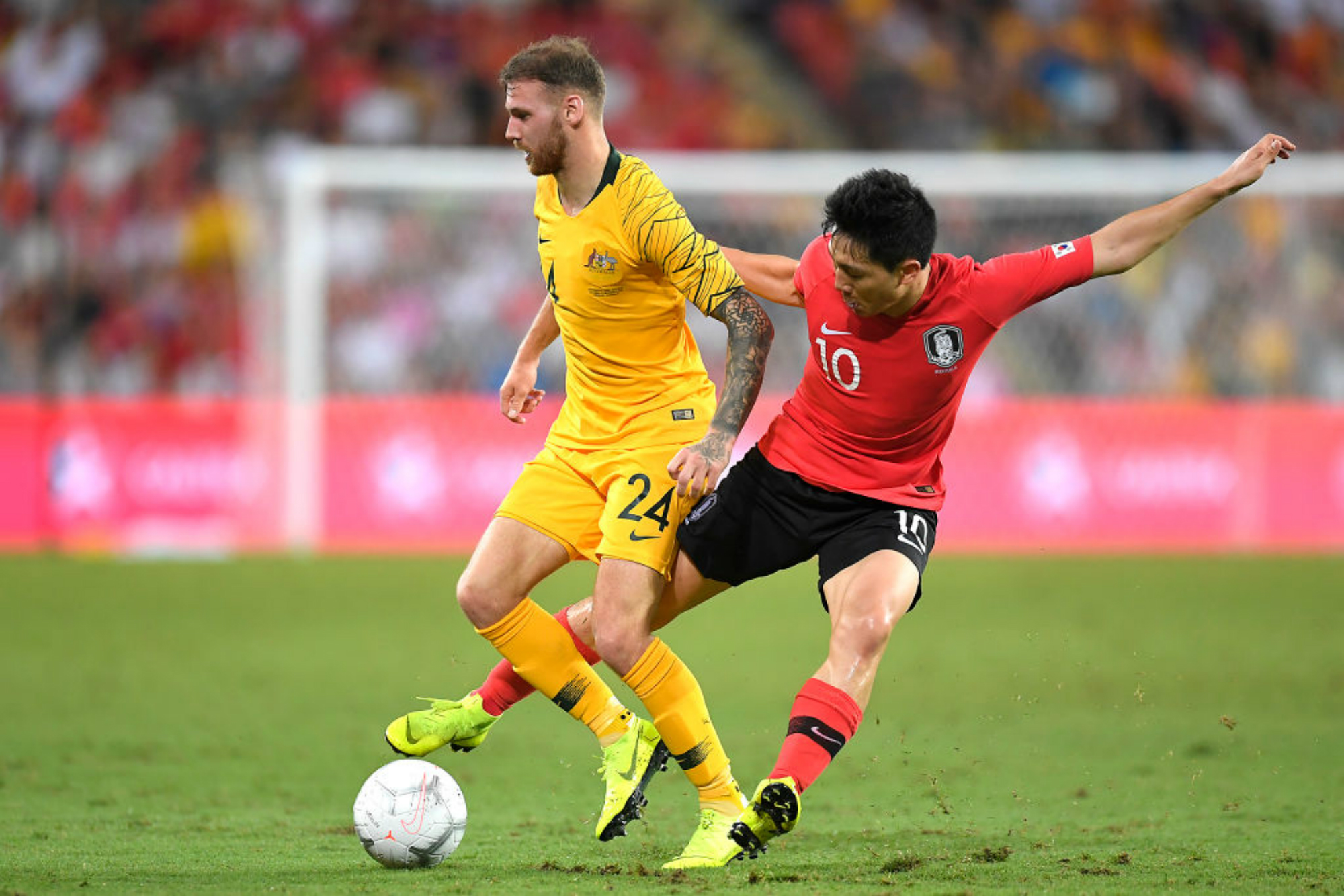 “He’s [Arnold] been brilliant with me since I walked in the door and I want to give everything for this country.”

In the lead-up to the Brisbane clash, Awer Mabil revealed Arnold kept telling him that he would score before his Caltex Socceroos debut against Kuwait last month.

That premonition came true, too, with Mabil netting in a convincing 4-0 triumph.

Boyle said that Arnold had also given him the same message, with lightning almost striking twice - even though Boyle was happy to be credited with an assist.

“He says I was going to score - so he was not far away,” Boyle said.

Boyle also praised the “character” and “determination” the Caltex Socceroos showed for continuing to push to the final whistle - spirit that ultimately finished with a “deserved” equaliser.

Boyle may get another chance to impress when the Caltex Socceroos host Lebanon in Sydney on Tuesday.