Australia U23 edged out by Romania in second Marbella friendly

After conceding within the opening nine minutes, the Australia U23's suffered a narrow 1-0 defeat to Romania U23 in the second friendly of their Marbella Training Camp.

Australia was on the front foot in the opening five minutes with John Iredale attempting an audacious shot from halfway that had goalkeeper Aioani Marian backtracking before it eventually sailed over the crossbar.

However, it was Romania who would strike first. After just nine minutes, a long ball from inside the half split Australia’s centre-back pairing and found their number nine Ganea George, who ran straight through on goal and flicked a bouncing ball over the top of Ashley Maynard-Brewer.

Australia had a golden opportunity to respond after 30 minutes when German-based striker Iredale intercepted a loose pass from Romania’s goalkeeper but he fired wide from a difficult angle.

The Green and Gold tried to draw level by attacking down their left through Daniel Arzani who dribbled around a defender and won a free kick on the edge of the box before shooting just wide of the goal a few minutes before half time. 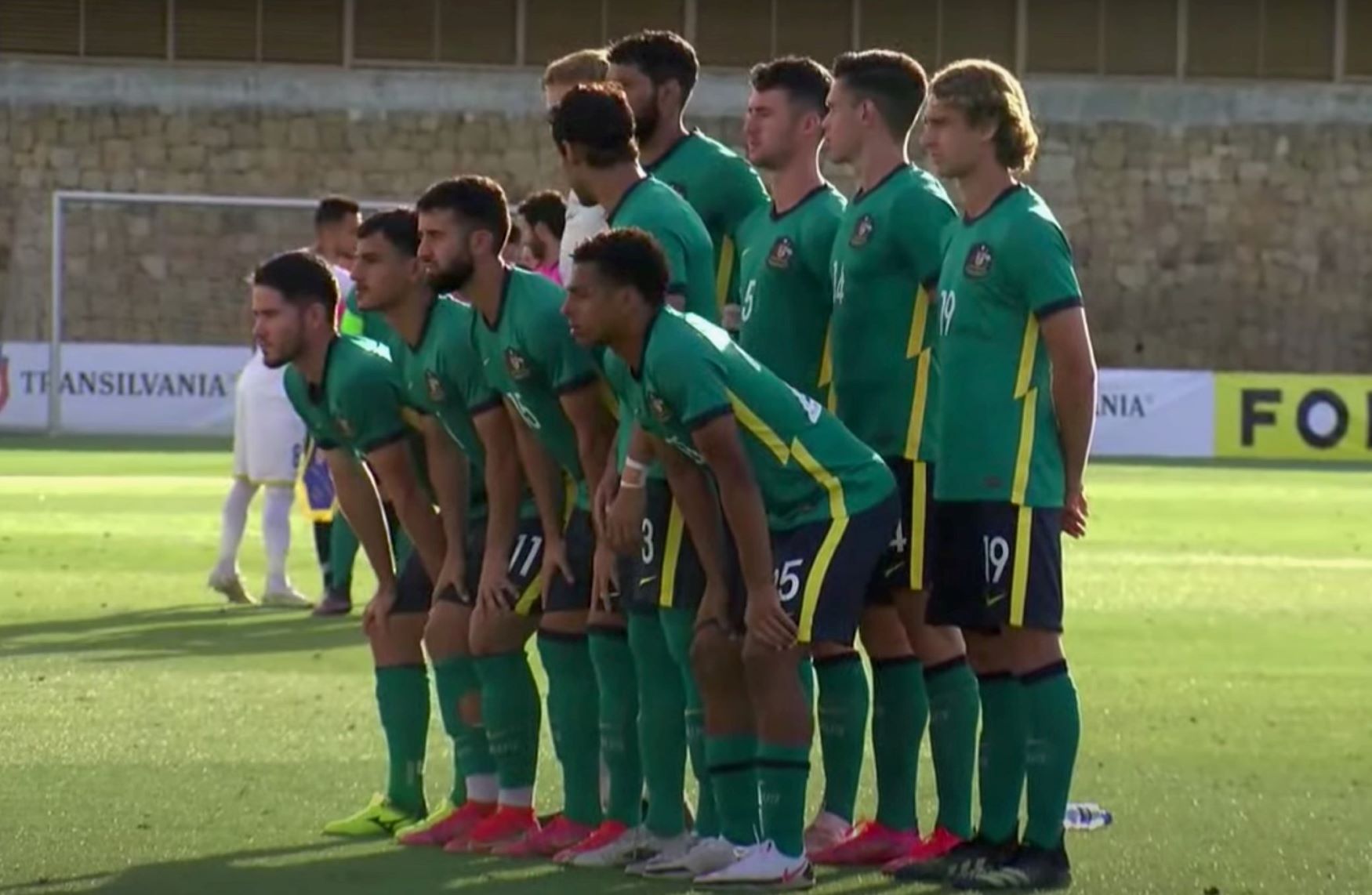 Romania then pressured Australia’s backline by attacking numerous times down the left. However, they managed to subdue the attacks and Romania held onto their 1-0 advantage at the half time break.

It was a relatively even start to the second half with both sides battling for the ascendency in the middle of the park.

Continuing the theme of the first half, Australia looked to attack down the left through Arzani but the Romanian’s held their defensive structure.

Two minutes after the hour mark, Iredale and Caleb Watts were replaced by Croatia-based winger Anthony Kalik and Perth Glory attacker Nicholas D’Agostino as Australia went in search of the equaliser.

Romania went close one minute later with goalscorer George cutting in from the left and firing into the arms of Maynard-Brewer in the Australia goal.

D’Agostino then found himself free in the box, but he could not direct Gabriel Cleur’s deflected cross goalward. 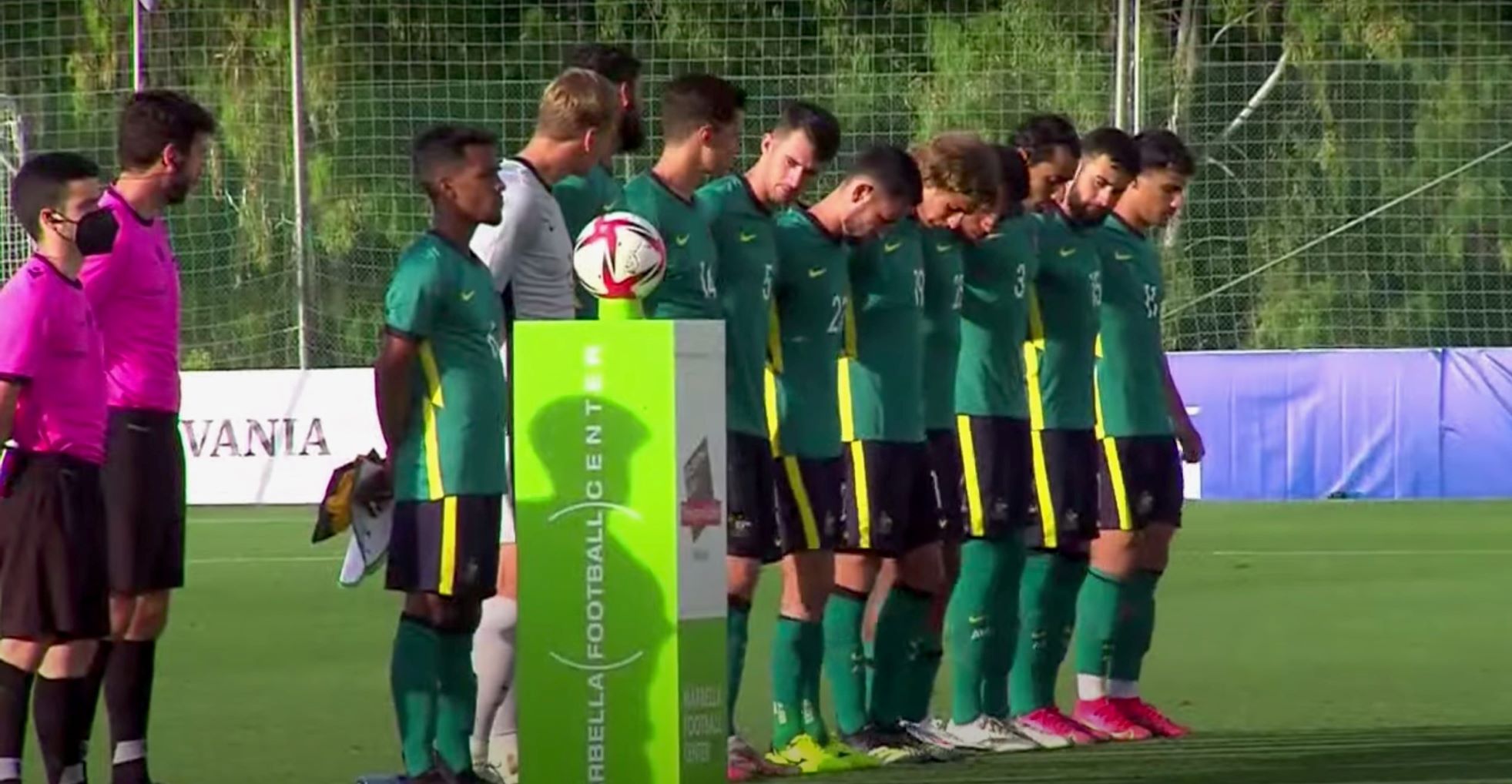 Romania then had their own opportunity to double their lead with Popescu Octavian running into the box from the left and firing wide of the near post.

On the 75th minute mark, Australia had their best opportunity to draw level. It was D’Agostino who intercepted Romania’s free kick on the edge of the box and drove forward, leading a counter attack which resulted in the final pass for Arzani being intercepted just as he wound up to get a strike on goal.

Australia made a triple substitution with Panos Armenakas, Luka Prso and Marc Tokich all being introduced with 11 minutes to go.

The Green and Gold pushed for the equaliser late into the second half with Nicholas Pennington and Marlee Francois also thrust onto the park but it was not to be and the side narrowly suffered their second defeat in the space of a week.

Australia cap off their Marbella Training Camp with one more friendly on Saturday morning (AEST) against Mexico U23.

The Olyroos’ final squad selection for Tokyo 2020 is due to be announced in late June, before the squad assembles in Japan for a training camp in early July.