Read and watch our wrap of the weekend's Aussies Abroad action now!

Kenny Dougall and Bailey Wright contributed to important goals to headline the action, while the MLS' 30th campaign got underway, with Milos Degenek and his side making a huge statement.

Watch all the best bits in the player above, and read on to check out how every overseas-based Socceroo fared.

We start in the north of England, where Bailey Wright's opening goal inspired his side Sunderland to a strong 3-0 victory away at Wigan Athletic. The two former Premier League sides currently find themselves locked in a battle for an automatic promotion spot with 11 games to play, adding further importance to the Black Cats' win overnight.

After a tight first half an hour, Sunderland found themselves with a set-piece out wide, leading to a in-swinging cross toward the penalty spot. Wright found a way to shrug off his marker, darting towards the ball and producing a delightful header that bounced below the keeper's reach.

Meanwhile, Kenny Dougall's stature continues to grow in Blackpool, where the man they call 'King Kenny' produced a man-of-the-match performance in his side's 4-1 victory at home to Reading. Dougall played a hand in three of the four goals, recording two assists to his name along with another 90 minutes in the Championship.

Dougall was pleased with the result after the match, but being humble, choose to underplay his stellar performance.

It was a great feeling and we deserved the win, we showed great team character.

"When you've got big tall players like Gary Madine in the box, sometimes it's easy to just put the ball in that area, and they do all the work."

The victory keeps Blackpool's slim possibility promotion to the Premier League alive, with 9 points separating themselves from the play-offs, after many of the teams above them dropped points.

Despite not emerging victorious, Celtic's 0-0 stalemate at Hibernian may turn out to be just as rosy for their title challenge, with the point helping maintain the Hoops' three-point gap at the top of the Scottish Premiership, following Rangers 2-2 draw at home. Tom Rogic started the match for the Glasgow side and was unlucky to be involved in a goal or two, before being withdrawn after 58 minutes.

Ajdin Hrustic and Eintracht Frankfurt performed admirably over the weekend, but were unable to hold the unstoppable force of Bayern Munich who emerged victorious 1-0 and now cruise toward a 10th straight Bundesliga title. Hrustic started the game, looking dangerous on numerous occasions as the match remained in the balance.

A 71st-minute Leroy Sane strike broke Frankfurt hearts, with Hrustic's side requiring a host of changes to help claw their way back into the contest. The Australian was substituted in the last 10 minutes.

St Pauli's charge for Bundesliga promotion is back on track after a 3-1 win away at Ingolstadt which sees the Hamburg outfit rise to a play-off position in third. Jackson Irvine started and the finished the clash, with the Australian midfielder pulling the strings in a dominant display. The objective is still for automatic promotion inside the top 2 places, with only goal difference now separating St Pauli from second-placed Darmstadt.

In Turkey, Aziz Behich was involved for the full 90 minutes as he recorded his most important victory for club side Giresunspor this season, defeating Göztepe 3-1. Heading into the match, Göztepe occupied the last spot of safety, in front of Giresunspor by two points - with the clash proving to be a shootout of sorts. Behich's side are now out of the relegation zone with their latest opponents having slipped behind them.

Joel King and Odensk BK were denied a famous victory in injury time, with Danish champions FC Midtjylland scoring a 93rd minute equaliser in a match that ended 2-2. King started once again, with a second 90 minute performance in Denmark already. Despite the tough schedule of opponents first up, the boy from the South Coast has impressed in his first two displays, with a first league win on the horizon as the fixtures ease.

AS Eupen have recorded an enormous result in respect to the quest for league safety, with a 0-0 draw away at top-of-the-table Union Saint-Gilloise. The soon-to-be Belgian champions had almost wrapped the title up after a dominant league campaign, but despite this, James Jeggo and his teammates have travelled to the capital and put on a superb defensive display to deny USG. Jeggo played out the full 90 minutes in Brusels and was the organiser in the heart of Eupen's midfield.

Trent Sainsbury started once again for Kortijk but didn't have the same output as last week's brace, with his side defeated by Belgian giants Genk away from home. T

In Italy, Brescia were denied a golden opportunity to return Serie B's automatic promotion places after a 1-1 draw away to mid-table Como. Defender Fran Karačić played out his second full 90 minutes in under a week, with Brescia sitting just a point behind second-placed Cremonese.

Milos Degenek's introduction to Major League Soccer could not have gone any better for the defender, who recorded a clean sheet for Columbus Crew in a 4-0 victory at home. The MLS kicked off its 30th season over the weekend, with Columbus elected to play on the first night of the competition against Canadian side Vancouver Whitecaps.

Degenek started for the Crew and played out the full 90 minutes, in a dominant early display that has put the rest of the Eastern Conference on high alert.

Fagiano Okayama started brightly in their match on Sunday afternoon against Tokushima Vortis, scoring early before being pegged to a 1-1 result. Mitch Duke started the match and was heavily involved before being brought off at the hour mark. Okayama now find themselves second after a dominant opening match last weekend, with early signs showing that they will be amongst the promotion candidates at the end of the campaign.

Martin Boyle played the full 90 minutes in Saudi Arabia once again, as he continues to push for form before Australia's next round of FIFA World Cup qualifiers. Boyle and his side Al-Faisaly were defeated 1-0 away at Al-Batin on the weekend.

As the East Coast was bombarded with wet weather, some of our Socceroos were still able to shine in the conditions. Among those was Mathew Leckie, who scored an injury-time winner against Sydney FC, to help his side Melbourne City momentarily occupy top-spot in the A-League Men's competition.

Teammates Jamie Maclaren, Connor Metcalfe and Marco Tilio were all involved in the win, braving the torrid conditions at Kogarah and helping solidifying their spot in the league's top four. For Sydney FC duo Rhyan Grant and Andrew Redmayne, the loss has seen the Sky Blues drift away from the leading pack, with their form requiring up an uptick if they are to return to finals football this campaign. 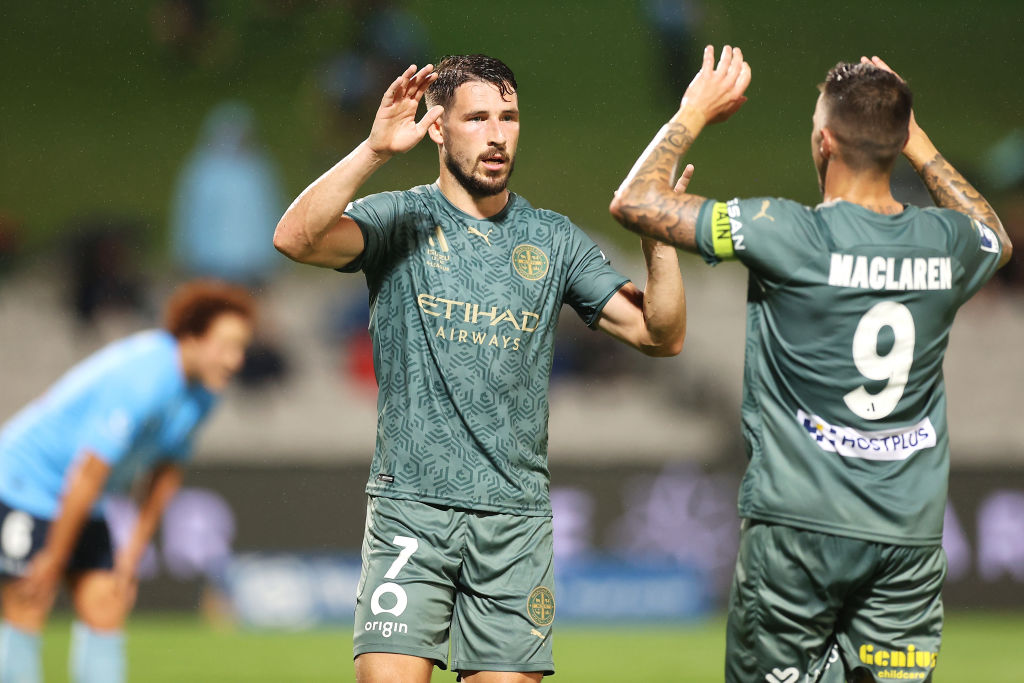