The long-weekend of football saw a number of our Socceroos involved in tight tournament match-ups, with some experiencing heartbreak and others pure jubilation.

Meanwhile, Mitch Duke strikes again in Japan, with the forward continuing his goal-scoring form since the international break.

Heartbreak for Ange Postecoglou, Tom Rogic and Celtic in the Scottish Cup, as they were beaten at Hampton Park in their semi-final against arch-rivals Rangers, on Easter Sunday no less. The Socceroo attacking midfielder started the tie for the Hoops, but was brought off after an hour, having managed to brush off a number of rash challenges from his opponent, similar to the tackle that caused a substantial leg injury just weeks earlier.

The match opened up late, with Celtic taking the lead midway through the second-half, before a late equaliser from Rangers sent the semi-final into extra-time. Watching from the sidelines, Rogic could do nothing to stop the blue wave of attack in the last 30 minutes of play, with Rangers earning the winner in the 115th minute, sending them through the Scottish Cup final in a month's time.

Waiting for Rangers in the final is a pair of young Australia stars, with Nathaniel Atkinson and compatriot Cameron Devlin helping their side Hearts defeat Hibernian in the earlier semi-final tie, two goals to one at Hampton Park. Atkinson started the match as a wide midfielder rather than his usual position as right-back, highlighting his side's faith in the Socceroo both in creating attacks and recovering in defence.

The 22-year-old played the full match, yet it was 2 goals in the opening 20 minutes that proved to be enough for Hearts, who held on desperately, to claim a spot in Scotland's showpiece event. 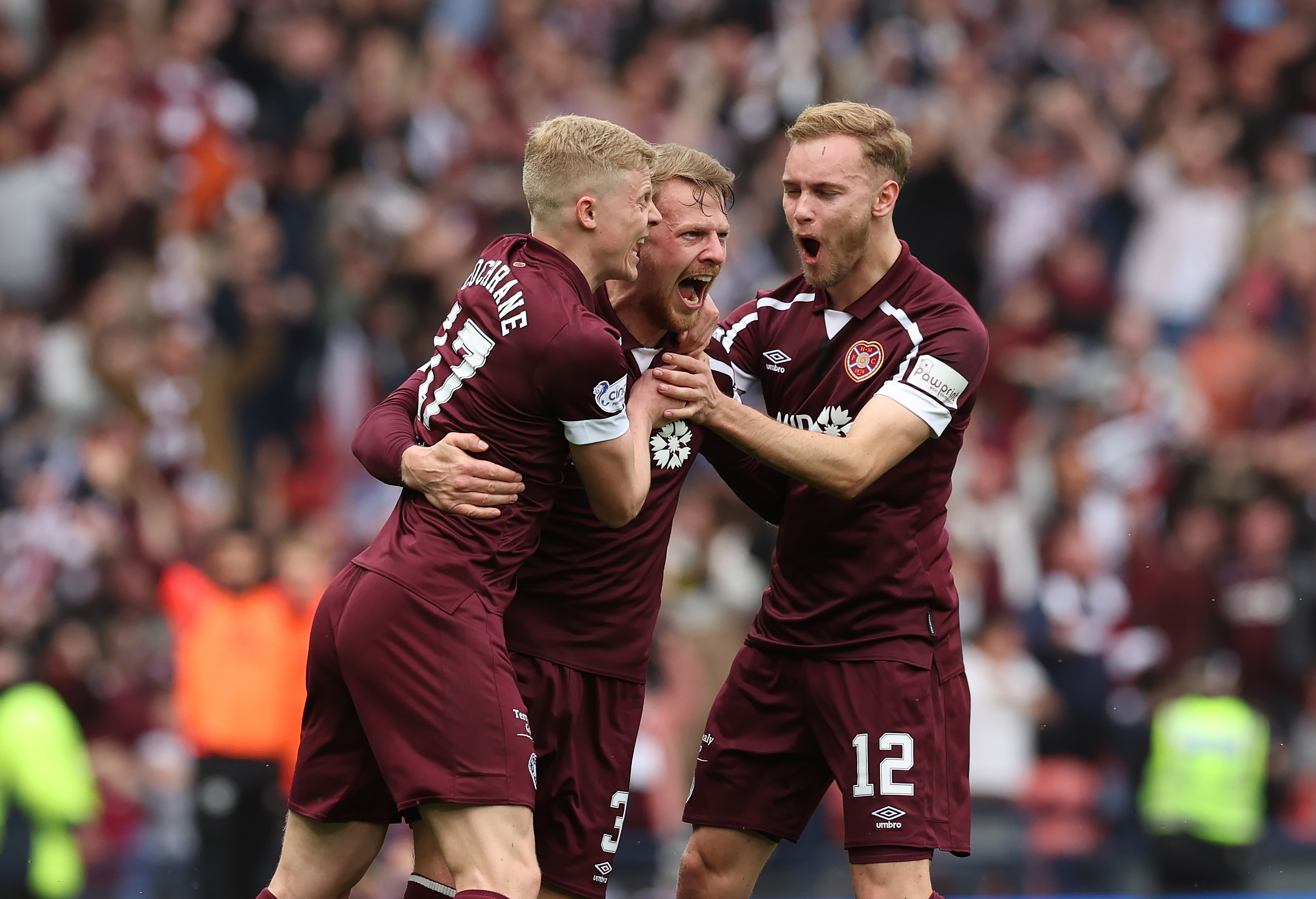 In the Championship, Riley McGree continues to recover from his injury, having been introduced late for Middlesbrough, away at promotion-bound Bournemouth. Boro escaped with a crucial point, keeping them in touch with the promotion play-off positions, with 5 matches yet to play.

Mitch Duke's rich goal-scoring form continues in Japan, after the Socceroos forward found the back of the net for Fagiano Okayama during their 1-1 home tie with Albirex Niigata.

After falling behind early, it was former Sydney FC star Jordi Buijs, who looped a cross-field ball toward the path of Duke, who managed to head the ball past his marker, swivel, and poke the ball past the keeper with his outstretched right foot. The goal was Duke's second in as many games, with the draw helping Okayama stay within reach of their promotion rivals.

To the AFC Asian Champions League now, where a number of Socceroos stars started their campaign in Vietnam, while another was instrumental in establishing his side's early dominance over their group.

Martin Boyle played 90 minutes in his third match in just over a week for Al-Faisaly, who claimed a crucial 1-0 victory against Uzbek side Nasaf, in their third group game. The two sides will meet once again in just four days time, with the Saudi outfit currently occupying top spot in Group E, after two victories and one draw.

Sydney FC duo Rhyan Grant and Andrew Redmayne started their continental campaign with a promising 0-0 draw against Korean giants Jeonbuk Motors. Meanwhile, Melbourne City were held by Thailand outfit BG Pathum United 1-1 in their opening match. Socceroos trio Jamie Maclaren, Mathew Leckie and Marco Tilio all played extensive minutes in their Champions League debut for the Cityzens, with many tipping the Victorian outfit to go far in the competition this season.

After a memorable week in Europe, Eintracht Frankfurt has been brought back to earth in the Bundesliga, falling to fellow continental hopefuls Union Berlin 2-0, away from home. Ajdin Hrustic backed up for Frankfurt, just three days after his appearance at the Camp Nou, starting the match in the German capital, before being replaced after the hour mark, with his side requiring fresh legs to help chase the game.

FC St Pauli missed a golden opportunity to return to the summit of the 2. Bundesliga over the weekend, after the Hamburg outfit, conceded a last-minute equaliser away at battlers Sandhausen, with the match finishing 1-1.

Midfielder Jackson Irvine was involved for all 90 minutes as his speed down the right flank caused plenty of headaches for the home side. After taking the lead just before half-time, St Pauli failed to finish off the tie, with an injury-time Sandhausen header, finding its way through a sea of defenders and into the back of the net.

The promotion party for Toulouse and Denis Genreau may have to wait just one week longer, with title rivals Auxerre claiming all three points in their tie, despite Toulouse doing their part, defeating Quevilly Rouen 2-0 at home. Genreau started the clash as a substitute before being brought on with just 30 minutes to play, as the side from the south of France looked to finally breakthrough.

It was no coincidence that the midfielder's steady hand improved Toulouse' attack, with the deadlock finally broken after 75 minutes, before a second was scored in injury time. Genreau's side now heads into a mid-week tie away at Sochaux, 11 points in front of their promotion challengers with 5 games to play.

In Turkey, Aziz Behich and Girsunspor managed to hold out Istanbul giants Besiktas at home, with the 0-0 draw extending a month-long unbeaten run for Behich's side. The 31-year-old played all 90 minutes against the former league champions, with the hosts providing the match's best chances, highlighting the side's remarkable revival after a tough start to the season.

Socceroos defender Milos Degenek succumbed to a first defeat at home for the season, after his side, Columbus Crew failed to convert their chances, during a 2-0 loss to Orlando City. Degenek was on the pitch for the first hour of play, before being replaced, as the Ohio outfit desperately through on attacking players, hoping for a change in fortune late in the match.