Socceroo Denis Genreau has etched his name into an illustrious list, now amongst a host of Australians to win a European crown after firing Toulouse toward the Ligue 2 title.

Tom Rogic is not far behind his compatriot, with only a single point now required for Celtic to claim another Scottish premiership title, following a 4-1 victory over Nathaniel Atkinson's Hearts.

Watch the weekend's highlights in the player above, or read on to check out our full Aussies Abroad wrap.

Just a fortnight ago, citizens from the southern city of Toulouse were partying in the streets having seen their side seal promotion to Ligue 1 next season. Two weeks on and the celebrations have restarted, with the league title now to show after a dominant season from Denis Genreau's team in purple.

Coming into the weekend, a victory would be enough to wrap up the Ligue 2 championship with mid-table Nimes seemingly no match for the all-conquering Toulouse outfit. To their opponents' credit, the away side Nimes took the lead after 25 minutes, stunning a packed Stadium de Toulouse. An equaliser just after half time still proved insufficient, with a late second goal required from Toulouse to wrap up the league.

Enter Australian midfielder Denis Genreau, who was brought on after 75 minutes with his team looking for someone to spark their attack. After an initial effort was deflected by the Nimes centre-back, Genreau latched on to the loose ball, producing a half volley that cut straight through a sea of legs and into the bottom left-corner, wrapping up a 2-1 win and first piece of silverware for the first French-born Socceroo. 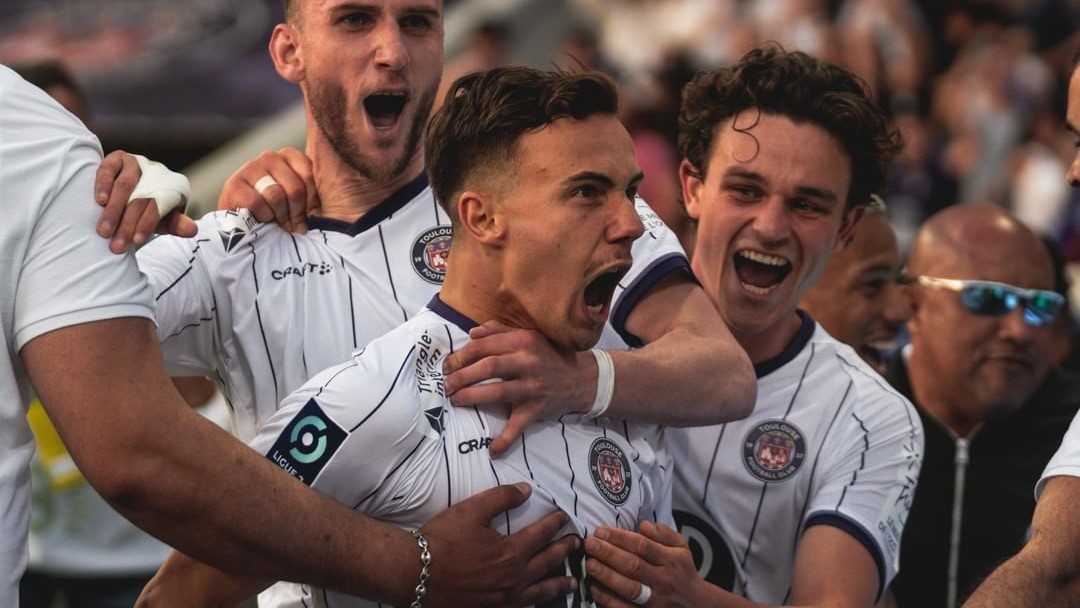 Two Australian stars clashed in the Scottish Premiership, with Tom Rogic's Celtic tightening their grip over the league title after a convincing 4-1 victory over Nathaniel Atkinson's Hearts at Celtic Park.

Heading into the tie, Rogic's Hoops knew that just four points were required from their last three games. A nervous start ensued, with Atkinson's team taking the lead after three minutes, before Ange Postecoglou's men quickly took control, with Atkinson's backline unable to hold out the attacks of Kyogo and Maeda.

Next week looms as the defining match of the title race, with Celtic needing a point at Dundee United to cement their place as champions.

Middlesbrough's dream of play-off football has been left in tatters, with the northern outfit beaten in their final match 4-1, away at Preston North End. Socceroo Riley McGree was unable to claw back the contest, having previously been on a prolific goalscoring run for his new club.

Boro required a victory in their final Championship fixture to secure a last promotion play-off position, with the loss forcing McGree's team back to the drawing board, with a Premier League push very much the target for season 2022-23.

Eintracht Frankfurt and Ajdin Hrustic did well to back up from their famous European semi-final victory mid-week, coming back from a goal down to record a 1-1 draw with Bundesliga giants Borussia Monchengladbach. Hrustic had played a bulk of minutes against West Ham United just three days earlier, yet pushed through the fatigue, producing a 90-minute performance in the middle of the park.

Despite recording two assists away at league leaders Schalke, Jackson Irvine and his team FC St Pauli failed to close the gap on the 2. Bundesliga top-three, defeated by their promotion rivals 3-2 after taking a two-goal lead early in the first half. It was Irvine who started the flurry of attacks for the Hamburg outfit in the 9th minute, producing a stunning back-heel flick to teammate Igor Matanovic for the first goal, before setting up Matanovic for the second shortly after.

The result effectively brings an end to St Pauli's promotion push for another season, with three points and a hefty goal difference separating them from the all-important top three, with one game remaining.

Joel King played a full 90 minutes over the weekend, helping his team to a 1-1 draw away at Nordsjælland. The 21-year-old and his side Odense BK are currently in a two-horse race for one Conference League qualification position in Denmark, with rivals Viborg nipping at their heels in second place, sitting behind on just goal difference alone.

In Turkey, Awer Mabil and Kasimpasa regained their impressive recent record in the league, with a 3-1 victory away at Sivasspor to secure a seventh win in nine matches. The forward started the clash and threatened, despite not adding to his goal and assists tally this season, eventually making way after an hour of play, as Kasimpasa looked to defend their way to three points.

Aziz Behich was also in action for his Süper Lig club Giresunspor, who recorded a 1-1 draw away at a desperate Atlay outift. The defender had his minutes managed after a tough six weeks of continuous fixtures, eventually brought on with 30 minutes to play as Giresunspor pushed for a winner.

Fagiano Okayama hearts were broken on Sunday afternoon, with a 93rd-minute winner by opponents JEF United, pushing Mitch Duke's side further adrift from the J2 automatic promotion places. The Socceroo started once again after recording a double in goal involvements last weekend, yet struggled to cut through the dogged JEF backline, who currently find themselves under the threat of relegation.

The 1-0 result sees the task of promotion and a league title become slightly more difficult, with five points now separating Okayama from top-spot.

Martin Boyle returned to the Saudi Pro league over the weekend with a 0-0 draw, after a highly successful Asian Champions League group stage campaign. The forward was involved for the full match for club side Al-Faisaly, who struggled to break down the defence of their opponents, Abha.

Colombus Crew's revival in the MLS continued overnight, with Milos Degenek's side scoring in the 89th minute to secure a crucial 2-2 draw away at local rivals New England Revolution. The defender started the match from the substitutes bench, before being introduced right as the Ohio outfit equalised, helping his side then push for a winner in stoppage time.