Maty Ryan and Aaron Mooy’s Brighton & Hove Albion have an opportunity to confirm their Premier League survival when they come up against Newcastle while Aziz Behich’s Istanbul Basaksehir could secure the Turkish SuperLig championship on Sunday morning.

Ryan and Mooy will feature for Brighton & Hove Albion when they host Newcastle United at 3am AEST on Tuesday morning.

Brighton took one step closer to Premier League survival on Friday morning after they drew 1-1 against south coast neighbours Southampton.

Ryan put in a full shift between the sticks and pulled off a top draw save to ensure that his side escaped with a point.

Brighton sit in 15th position on the league ladder with 37 points and have a six point buffer above the relegation zone with two rounds still to be played.

Heading to the Turkish SuperLig and Aziz Behich’s Istanbul Basaksehir will have the chance to tie up the championship when they host Kayserispor at 4am on Sunday.

As it stands, Istanbul hold a four point lead over 2nd placed Trabzonspor with two rounds still to be played.

Behich’s side will enter Sunday’s match knowing that either a win or a draw will guarantee them the championship regardless of Trabzonspor’s result against Konyaspor.

In the English Championship, Massimo Luongo started and played just over 70 minutes for Sheffield Wednesday as they endured a 0-0 stalemate against Huddersfield Town on Wednesday morning.

The Owls’ next fixture sees them travel to Craven Cottage to take on fourth placed Fulham at 12am on Sunday morning.

Brad Smith was in action for Cardiff City on Wednesday morning, the Aussie left back was introduced in the dying moments of his side’s 2-1 win against playoff rivals Derby County.

The Bluebirds sit in 6th place on the league ladder and occupy the final playoff spot with two matches remaining.

They face off against Middlesbrough in their next fixture with proceedings set to get underway from 12am on Sunday.

In the J League, Thomas Deng will feature for Urawa Red Diamonds on Saturday night when they take on FC Tokyo at 8pm.

Deng’s side occupy 2nd spot on the table and are still undefeated after four matches while their opponents sit in 4th only one point behind the Red Diamonds.

Mitch Langerak will also take to the pitch on Saturday night as his Nagoya Grampus Eight host Sagan Tosu at 7pm.

Nagoya have also had an inspired start to the season and are situated in 5th heading into this fixture while their opponents occupy 15th spot and are one of four sides yet to taste victory this campaign.

Over to Korea and Brandon O’Neill’s Pohang Steelers will go head to head against FC Seoul at 9pm on Saturday night.

The Steelers have been enjoying a fantastic league run, undefeated in their last four encounters.

They have only lost three of their 11 matches in the Korean top flight this campaign, however one of those defeats came against Seoul who claimed the three points with a 2-1 win the last time they met on May 22.

Adam Taggart and Terry Antonis will also be in action as their Suwon Bluewings host Seongnam FC at 8pm on Sunday.

Suwon have experienced an upturn in fortune of late with back-to-back draws against Seoul and Pohang respectively.

Taggart has four goals to his name this season, with three of those arriving in his side’s last two matches.

Seongnam may prove to be the perfect proposition for the Bluewings to continue their rise up the ladder given that one of their two victories this season arrived against Sunday’s opponents back in mid-June. 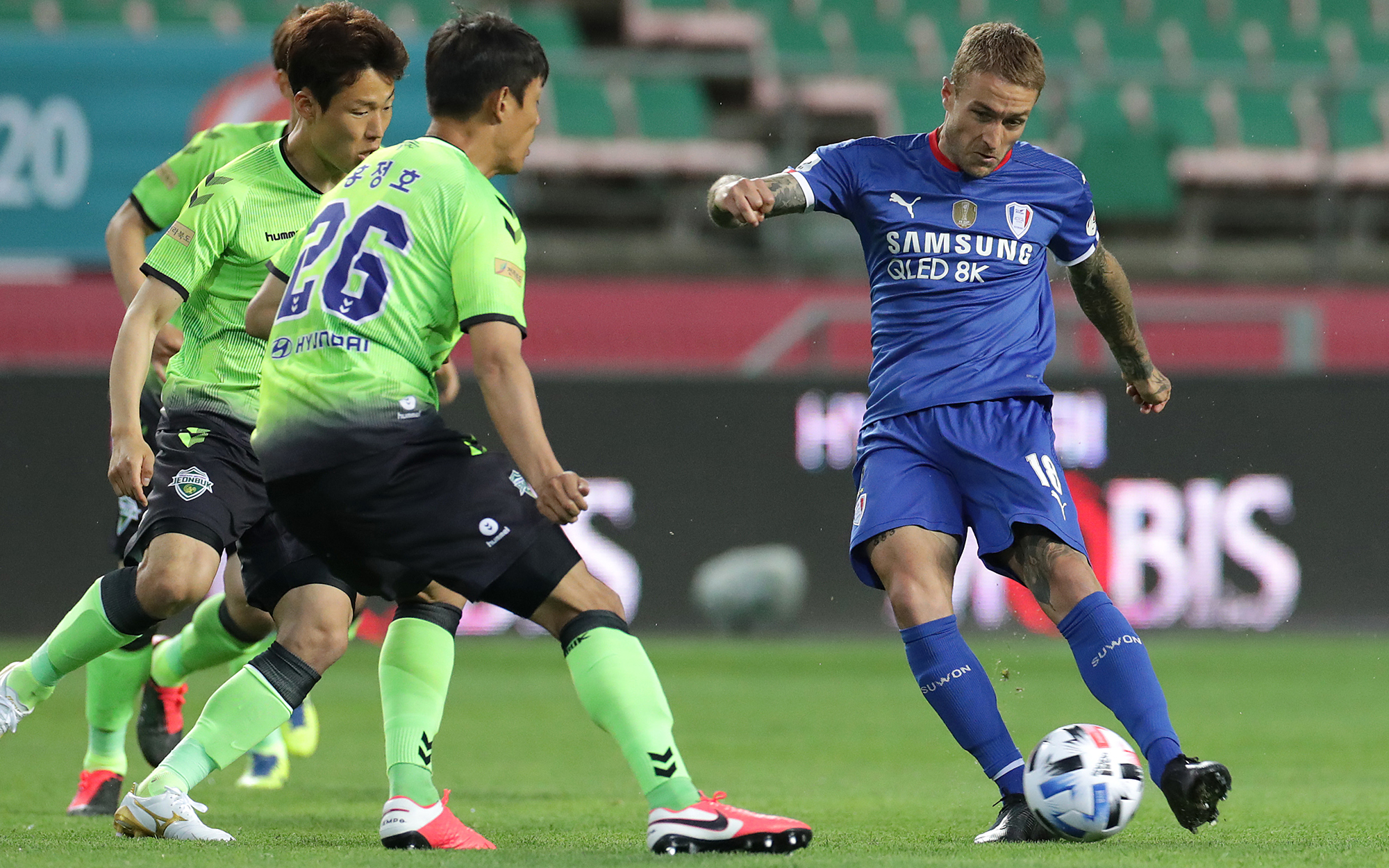 In the Danish Superligaen, Mustafa Amini and Alex Gersbach are set to feature for AGF Aarhus on Monday when they meet FC Kobenhavn at 4am.

This fixture is finely poised with the men from the capital sitting in 2nd spot while AGF occupy 3rd position, only two points behind them with three rounds remaining.

If Aarhus manage to leapfrog Kobenhavn and finish in 2nd place, then they will secure a spot in next season’s Europa League qualifiers.