Aussies Abroad: Socceroos around the world kick off new seasons

Maty Ryan will be putting the gloves back on for Brighton & Hove Albion as they prepare for their season opener on Tuesday morning when they face off against Chelsea.

Maty Ryan will be in between the sticks for Brighton & Hove Albion next Tuesday morning as they begin their English Premier League campaign with a home fixture against Chelsea with kick off scheduled for 5:15am.

Brighton finished the 2019/20 season in 15th place and will be aiming to retain their Premier League status for a fifth consecutive campaign. 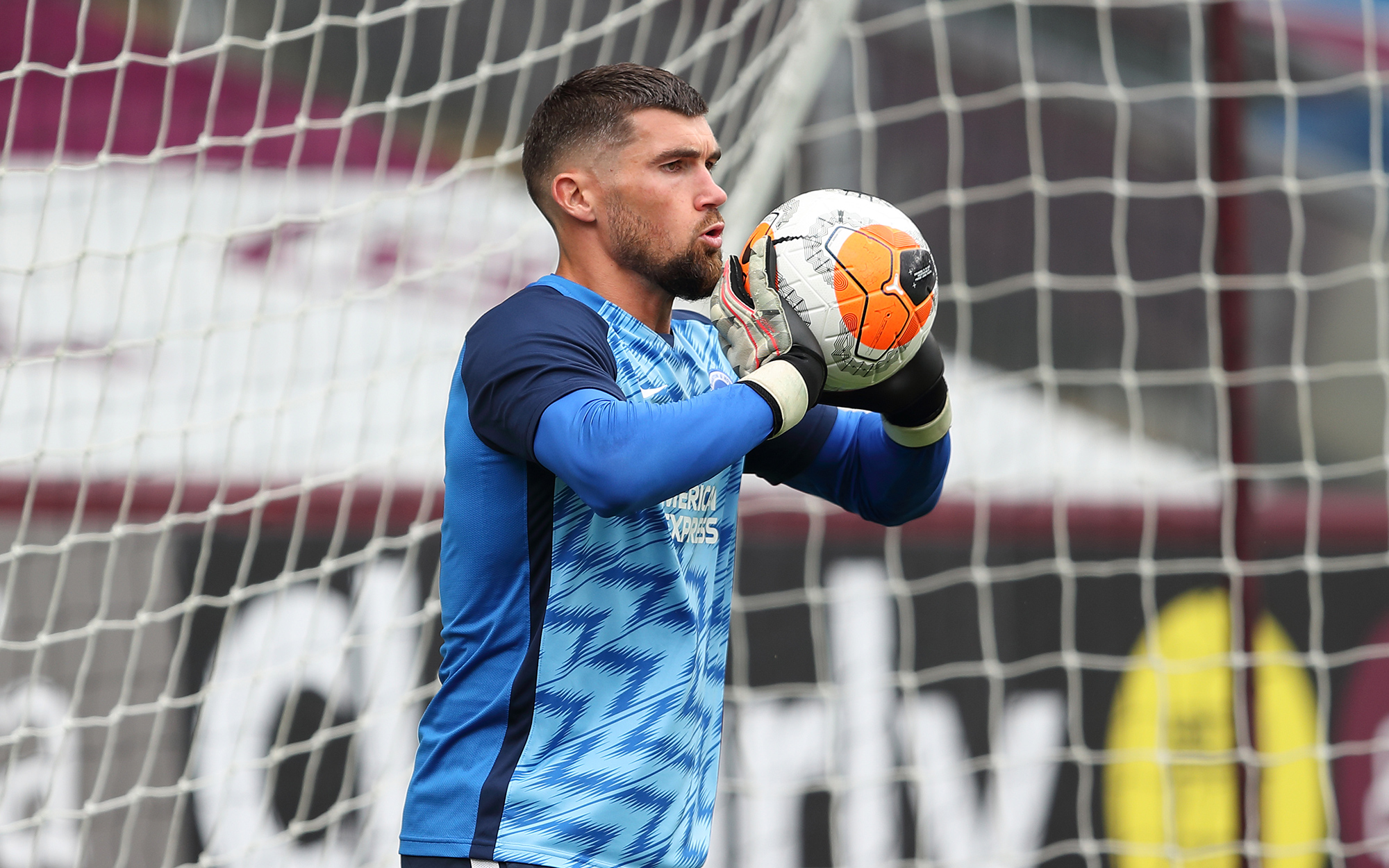 Ryan enjoyed a breakthrough season at the club with nine clean sheets collected over the course of the season.

The Socceroos shot stopper will be hoping to turn that into double digits this season as he hopes to repeat last season’s feat which saw him feature for every minute of Premier League action.

Over to Denmark where Awer Mabil’s Midtjylland begin their season with an away fixture against SonderjyskE at 3am on Saturday.

Mabil’s side enter the 2020/21 season as reigning champions after a stellar campaign saw them secure their third league title in the space of five years.

They have also progressed into the third qualification round for the UEFA Champions League and have a meeting with Swiss club Young Boys next Thursday.

The Aussie duo of Mustafa Amini, Alex Gersbach will be in action for AGF Aarhus at 3am on Tuesday when they kick off their campaign against promoted outfit Vejle Boldklub.

AGF secured silverware for the first time in 23 years thanks to their third placed finish last season.

They have been involved in UEFA Europa League qualifiers for the last month and should be fit and raring to go for their first league match.

Amini recently returned to Aarhus on a four month contract after a proposed move fell apart due to unforeseen circumstances.

The pair will be hoping to play a part in Aarhus’ success this season as they look to break into the top two.

Aziz Behich and his Istanbul Basaksehir kick off their campaign against newly-promoted Hatayspor at 3am on Tuesday.

Last season marked a historic season for Behich and his side after they were crowned league champions for the first time in their history.

It was also a special moment for the Socceroos left back who received his first piece of silverware at club level.

James Jeggo will be hoping to make his debut for Aris Thessaloniki when they host Lamia in the season opener of the Greek Super League at 1:15am on Saturday.

Jeggo joined Aris in the off season after spending four years plying his trade in the Austrian Bundesliga.

His new side finished in 5th last season and will begin their UEFA Europa League journey next week when they take on Ukrainian side FC Kolos Kovalivka in the second qualification round.

Over to the English Championship where Harry Souttar could be lining up for Stoke City in their first match of the season against Millwall at 12am on Sunday.

Souttar has impressed in pre-season for the Potters and looks likely to feature in the first team this season.

Stoke had a difficult first season back in the Championship, finishing in 15th place and spending most of the campaign fighting at the bottom of the ladder.

In the Scottish Premiership, Martin Boyle’s Hibernian will be in action on Sunday at 12am when they travel to St. Mirren.

Hibernian sit in 2nd place on the table ahead of the league’s return following the international break.

They are favourites to take maximum points from their upcoming opponents as they look to stay in the top two and stave off competition from Celtic and Aberdeen below them who have two games in hand over them.

Tom Rogic’s Celtic are set to face off against Ross County this weekend, with kick off also scheduled for 12am on Sunday.

They will be looking to make up ground after they had two of their league matches postponed after one of their players breached COVID-19 protocols.

Danny Vukovic will be in between the sticks for Genk on Tuesday when they meet Beerschot at 4:45am.

Genk occupy a mid-table position after the first four matches of the Belgian top flight season while Beerschot have been a force to be reckoned with – they have won three and lost one.

Elsewhere in the Belgian Pro League, Trent Sainsbury could make his debut for Kortrijk as they prepare to do battle with bottom of the table Royal Excel Mouscron at 4:45am on Monday.

Sainsbury’s side have had quite a positive start to the season and occupy 4th place while Mouscron prop up the ladder and are yet to record a win this campaign.

Over to Serbia where Milos Degenek’s FK Crvena zvezda are set to go head to head against Cukaricki at 3am on Saturday.

Degenek’s side have won all six of their league matches and sit top of the table with a three point gap over their nearest challengers.

This upcoming fixture will be another chance for them to extend their advantage as they take on the 3rd placed team who are also undefeated this season.

Thomas Deng will be taking to the pitch on Sunday for Urawa Red Diamonds in their J League affair against Consadole Sapporo at 2:05pm.

Deng’s side occupy 7th position in the Japanese top flight and arrive into this fixture on the back of a 2-2 draw against Sagan Tosu.

In the K League, Brandon O’Neill and his Pohang Steelers will be coming up against Gangwon FC at 8pm on Sunday.

Pohang have a five point buffer in 4th place and could even jump into 3rd come the end of this weekend if they manage to beat Gangwon and Sangju Sangmu lose.

It was the Steelers who came out on top the last time they met Gangwon with the final score 2-0 back in mid-June.

Adam Taggart will be in the Korean capital on Sunday as his Suwon Bluewings take on FC Seoul at 6:30pm.

The Bluewings are in dire need of points with only three rounds remaining in the season.

They sit in second last position on the table and have won just a handful of fixtures over the course of this challenging campaign.

A highly entertaining affair played out the last time they met Seoul with Taggart grabbing a brace in the 3-3 stalemate.