It will be an all Aussie affair in the Scottish Premiership on Sunday morning (AEDT) as Tom Rogic’s Celtic travel to Edinburgh to face off against Martin Boyle’s Hibernian.

Our two Scottish based Socceroos will be going head to head against one another when Boyle’s Hibernian welcome Rogic’s Celtic to Easter Road at 2am on Sunday.

Boyle was Hibs’ star performer last time out when he teed up two of his side’s goals in their 4-1 victory against Dundee in the League Cup last weekend.

Rogic’s Celtic triumphed 4-1 at Motherwell in their last outing and occupy 2nd position in the Scottish Premiership with a five point lead over Hibs.

In the English Premier League, Maty Ryan will be between the sticks for Brighton & Hove Albion when they visit Aston Villa at 2am on Sunday morning.

The Seagulls are on a seven game winless run which dates back to the end of September and enter this fixture on the back of a 0-0 draw at home to Burnley prior to the international break.

Villa on the other hand, have been one of the form sides this season and sit in 6th ahead of this weekend’s clash.

In Qatar, Aaron Mooy and his Shanghai SIPG will be taking to the pitch for their second AFC Champions League group stage encounter when they play Korean champions Jeonbuk FC at 12am on Monday.

Harry Souttar will be lining up for Stoke City in the Championship when they host Huddersfield at 2am on Sunday.

A comfortable 3-0 win against league leaders Reading sees the Potters enter this match high on confidence. 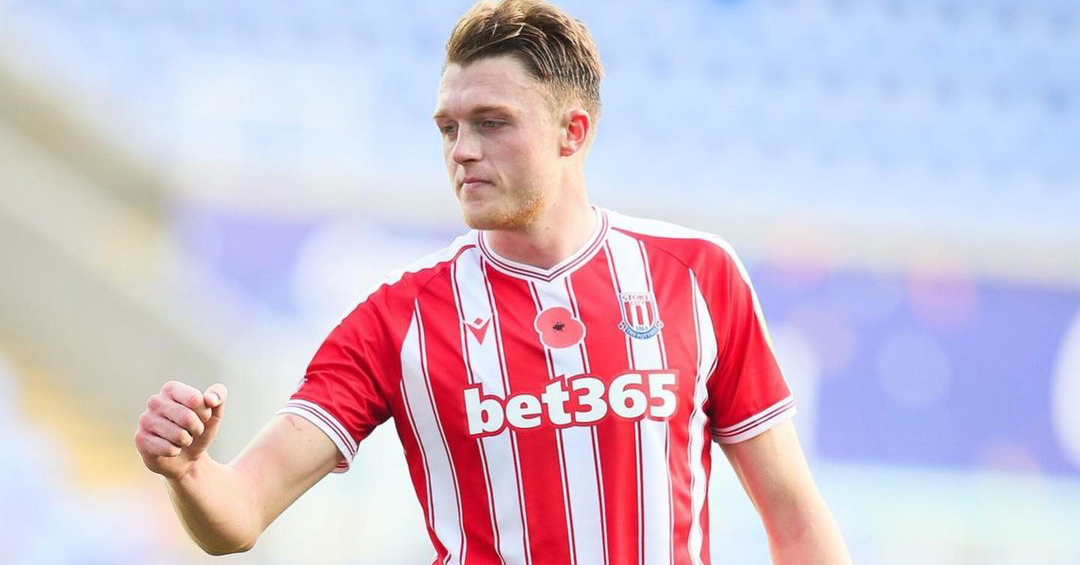 Another three points this weekend could see them jump into the highly prized playoff positions.

Heading to Belgium where Danny Vukovic will be in goals for high-flying Genk when they entertain Royal Excel Mouscron at 6:45am on Monday.

Vukovic’s side are on an eight game unbeaten run which has seen them register four wins on the bounce.

They are situated in 4th on the Pro League ladder ahead of their next encounter against Mouscron who prop up the ladder and are the only side yet to claim a victory this season.

Trent Sainsbury’s Kortrijk have a meeting with top of the table Club Brugge with kick of scheduled for 6:45am on Sunday.

It was the Socceroos defender who came up with the goods when he fired home his side’s equaliser in their end-to-end 5-5 draw with Beerschot a fortnight ago.

A win this weekend will see them close the gap between themselves and Brugge to just four points.

In the Danish Superligaen, Awer Mabil will be gearing up for Midtjylland when they travel to AGF Aarhus at 2am on Monday.

The Danish champions are on a two game winning streak following a disappointing spell that saw them suffer three straight defeats.

They sit just one point and one place above AGF in 2nd position and could go top by the end of the round if table toppers SonderjyskE lose their fixture.

Both Ajdin Hrustic’s Eintracht Frankfurt and Mathew Leckie’s Hertha Berlin are in for a tough weekend as they come up against RB Leipzig and Borussia Dortmund respectively.

Eintracht have been slowing slipping down the table – without a win since the beginning of October while Berlin broke a six game winless run when they overcame Augsburg 3-0 before the international window.

Daniel Arzani will be hoping to make it onto the pitch for FC Utrecht when his side take on PEC Zwolle in the Dutch Eredivisie at 7am on Sunday.

The Aussie’s side have suffered back-to-back defeats but are coming up against a Zwolle side which are also situated in a mid-table position.

In the Greek Super League, James Jeggo will be featuring in the heart of midfield for Aris Thessaloniki when they do battle against Panetolikos at 2:15am on Monday.

Aris’ last match was postponed due to COVID-19 which means that this will be their first match in three weeks.

This fixture will act as a perfect refresher for Jeggo’s side as they go head to head against the third last side.

Elsewhere, Apostolos Giannou will be upfront for OFI Crete when they meet NFC Volos at 4:30am on Tuesday.

Crete have struggled for any sort of consistency this season and sit in 10th position while their upcoming opponents are six points better off in 5th spot.

It will be first plays second in the Serbian SuperLiga as Milos Degenek’s FK Crvena Zvezda face off against second placed Vojvodina at 3:30am on Monday.

Degenek’s side hold an eight-point lead and are still undefeated after 14 rounds.

Their opponents have stringed together a number of wins of late and are undefeated since the beginning of October.

Heading to Turkey where Aziz Behich and his Kayserispor have a date with Galatasaray at 3:30am on Tuesday. 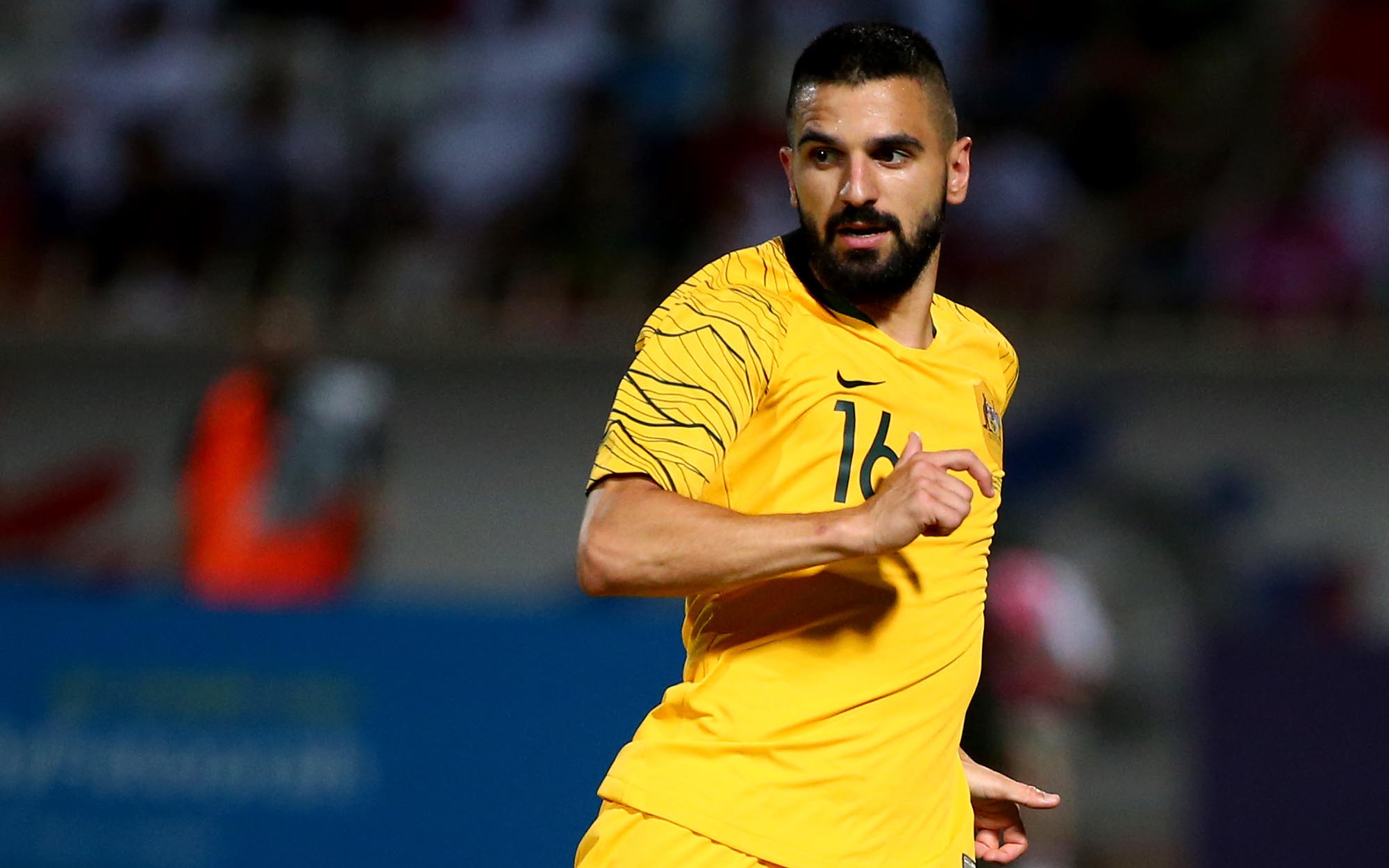 The Socceroos’ side are on a three match losing streak in the Turkish top flight and sit in one of the four dreaded relegation places ahead of their meeting with one of the league’s heavyweight outfits.

In the J League, Mitch Langerak will be donning the gloves for Nagoya Grampus when they entertain struggling Shonan Bellmare at 7pm on Saturday.

The Aussie shot stopper is in career best form with 13 league clean sheets to his name so far and like him, his side will be brimming with confidence after coming away with all three points against fellow high-achievers FC Tokyo last time out.

Elsewhere, Thomas Deng will be starring for Urawa Red Diamonds when they host Gamba Osaka at 6pm on Sunday.

The Aussie centre back put in a full shift in his side’s midweek 1-0 win over Vissel Kobe which was enough to elevate them into 8th ahead of their meeting with 2nd placed Gamba.

Saudi based Craig Goodwin will be on the wing for Abha Club when they take on Al Raed in the Pro League at 11:15pm on Monday.

His side were soundly beaten 3-0 by newly promoted Al Batin in their previous outing and have four points to their name ahead of Monday’s match.

Mitch Duke will be lining up for Al-Taawoun when they meet Al-Wehda at 1:50am on Wednesday.

Al-Taawoun came from behind to register a 1-1 draw against high-performers Al Ittihad prior to the international break while their upcoming opponents are winless since the opening round.

In League One action, Bailey Wright’s Sunderland travel to Doncaster at 2am on Sunday.

A below par performance saw the Black Cats go down to MK Dons last weekend however all three points come Saturday will most likely see them return to the playoff spots.

Kenny Dougall and his Blackpool have an almighty task on their hands as they visit league leaders Peterborough with kick off also scheduled for 2am.

This match has arrived at quite a good time for the Seasiders with the former Premier League outfit having enjoyed four wins on the bounce.

Brandon Borrello’s Fortuna Dusseldorf will have the perfect opportunity to increase their points tally when they host Sandhausen in the 2. Bundesliga at 11pm on Saturday.

Sandhausen sit just one place above Borrello’s side in 12th position but both sides have eight points to their name from the first seven rounds.