Domestic cup and promotional play-off finals headline this weekend's action, with several Socceroos in line for their first piece of silverware.

Nathaniel Atkinson and Joel King will play their first cup finals in Scotland and Denmark respectfully, while Bailey Wright will hope to guide Sunderland to the Championship in the League 1 Play-off Final.

We also look back at Friday's UEFA Europa League Final in Seville, as Ajdin Hrustic became a European champion with Eintracht Frankfurt.

Ajdin Hrustic became the Socceroo since Harry Kewell in 2005 to win a European trophy, as his Eintracht Frankfurt team claimed victory in the Europa League Final, defeating Scottish outfit Rangers FC on penalties.

Prior to the match, reports estimated about 100,000 supporters from both Frankfurt and Rangers had descended on the Spanish city of Seville looking for tickets, making it the most in-demand UEFA final, seen in over a decade.

The fans that somehow managed to secure those tickets were in fine voice, with Hrustic and his team greeted to a wall of white and blue at opposite ends. An enormous banner was unveiled as the two sides walked out, stretching across the entire Eintracht ultras bay, adding to an incredible atmosphere. 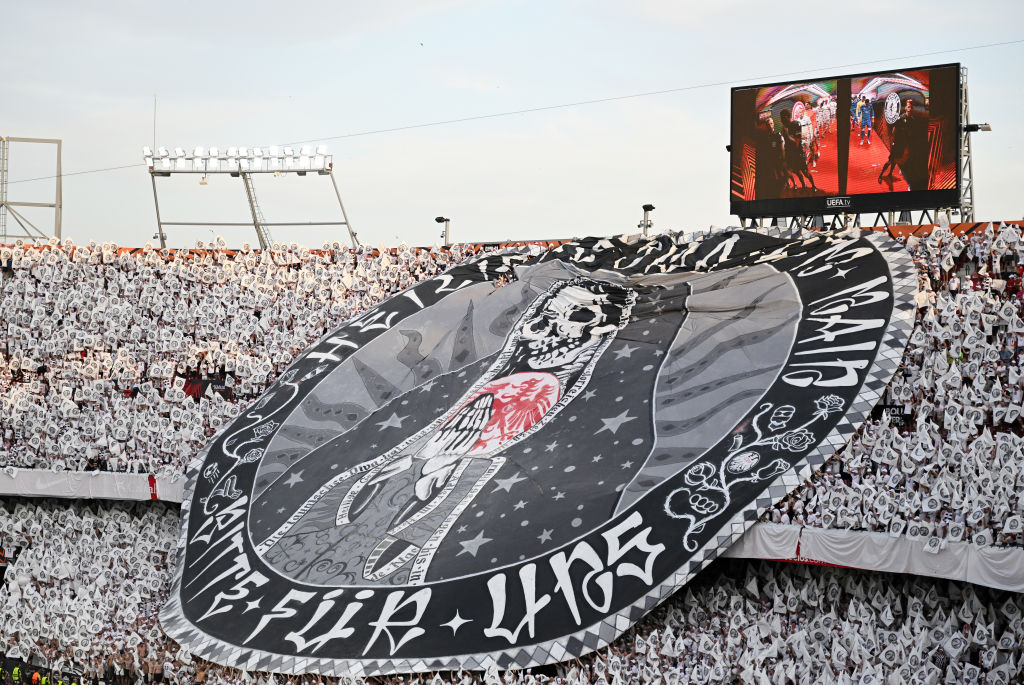 A goalless first half was followed up by a frantic second, with a backline mistake by Frankfurt gifting the Scots an opening goal after 57 minutes. Colombian Rafael Borre responded shortly after, tapping home via a near post dart, which found the low cross of Frankfurt teammate Filip Kostic.

The tie was then sent to extra-time, sparking the entrance of Hrustic, who looked to break down a Rangers side that grew more tired as play continued. Despite not being able to capitalise with a chance soon after coming on, the attacking midfielder still played a crucial role during the eventual penalty shoot-out.

With their opposition 2-1 in front, Hrustic remained composed from the spot, sending goalkeeper Allan McGregor the wrong way, as he slotted the ball neatly into the bottom-left corner. The goal proved crucial, as the shootout was decided by just one missed penalty from Aaron Ramsey, with Borre tucking home the winner, sending both the southern end of the stadium, and the central region of Germany, into pure delirium.

The famous win sees Hrustic claim his first piece of silverware in Germany, while Frankfurt broke a 40 year European drought.

Nathaniel Atkinson and as yet uncapped Aussie teammate Cameron Devlin will look to inflict more pain on Glasgow Rangers this Saturday in the Scottish Cup Final at Hampton Park (Sunday 12am AEST).

The clash will be Atkinson's first final since moving to Europe, with Hearts the fresher of the two sides, as Rangers recover from that 120 minute tussle in Seville.

In England's League One, Sunderland will have another shot at play-off final glory, with Bailey Wright's Black Cats facing off against Wycombe Wanderers at Wembley (Sunday 12am AEST).

Having been beaten in the final 3 years ago, along with semi-final heartbreak last season, the side from the North-East will attempt to rejoin the Championship in their bid to ultimately return to the summit of English football, as one of the nation's largest footballing clubs.

Fran Karacic's Brescia have a mountain they need to climb, if they are to achieve Serie A promotion at the end of the season, needing to overturn a 2-1 deficit in an away play-off second leg against Monza (Sunday 5am AEST). Facing what many believe to be the promotion favourites, the defender and his team are still very much in the contest and can reach a potential play-off final next weekend, if a victory is forthcoming.

Silverware and continental qualification is still within reach for Socceroo defender Joel King, heading into the final week of his first season at Danish club Odensk BK. Two enormous matches await the 21-year-old, starting on the weekend, with a final day league clash away at Vejle (Sunday 1am AEST), with OB needing a victory to keep their dreams of qualification for next season's UEFA Conference League alive.

Returning to action just four days later, King and his team will play for a piece of club history, having reached their first Danish Cup Final in over 15 years. Standing in their way is Awer Mabil's former side and domestic giant FC Midtjylland (Thursday 11pm AEST), who are aiming to finish their season off with silverware, having recently failed to claim the Danish Superliga crown.

In Turkey, Awer Mabil wraps up his first campaign at Kasimpasa with a promising fixture, in the form of relegation bound Atlay, away from home (Saturday 11pm AEST). The winger will have his sights set on Australia's upcoming World Cup qualifiers in the Middle-East, with a strong showing in his final league match, providing the perfect springboard toward a strong international break.

Aziz Behich will also conclude his season for Giresunspor this weekend, with an away tie at Hatayspor (Monday 2am AEST). If Behich's side can hold out their opponent, it will wrap up an impressive finish to the league, with Giresunspor beaten just once in their last seven matches.

Mitch Duke and his Fagiano Okayama are looking to bounce back after a disappointing result last weekend, with three points at home to mid-table side Oita Trinita (Friday 7pm AEST). Okayama are still in the hunt for automatic promotion to the J-League coming into the halfway point of the J2 season, with just nine points separating Duke's side from the top two.