One of the world's most exciting leagues, the J.League, returns this weekend with a host of Aussies in action!

Meanwhile, anticipation is building for a potential Aussie invasion of the Bundesliga, with Jackson Irvine, and now Connor Metcalfe, continuing their fight for promotion.

The next week will also be defining for Tom Rogic and Celtic, as they attempt to reverse their first-leg defeat in Europe.

A historic campaign seems to be developing in the northern city of Hamburg, where Jackson Irvine's side FC St Pauli head into the final third of the season as 2. Bundesliga leaders and DFB Pokal dark horses. If results go St Pauli's way, Germany's top flight may well see a swell in its Aussie contingent next season, with the club recently announcing the signing of promising Socceroos midfielder Connor Metcalfe, to join compatriot Irvine.

The task for promotion is still no certainty with 12 games yet to play and only a point separating the league leaders from those outside a promotion spot. Irvine's side will need to continue in a winning way at home to league battlers Hannover 96 (Sunday 11:30pm AEDT), with four title challengers hot on their heels.

A slip in results last weekend has seen Ajdin Hrustic's Eintracht Frankfurt drift further from European qualification in the Bundesliga. The gap is by no means insurmountable, but Hrustic will need to pull off another talismatic performance this weekend against fellow top-half side FC Köln, who are placed just a point above Frankfurt.

Meanwhile, Brandon Borrello and Dynamo Dresden will be out distance themselves from the drop this weekend as they play host to promotion hopefuls Heidenheim (Saturday 4:30am AEDT).

Tom Rogic and Celtic will be out to bounce back sharpish from a 3-1 defeat at home in their UEFA Conference League first-leg tie to Bodø/Glimt. The task to remain and progress in Europe, along with maintaining a successful league title and cup challenge, will be immense for the Australian midfielder's side.

Celtic return to the league with a home match against Dundee United (Monday 2am AEDT). That comes before a crucial second-leg clash in Norway, where the Hoops must overturn a two goal deficit in tough conditions, against a very formidable and youthful Bodø side (Next Friday 4:45am AEDT). 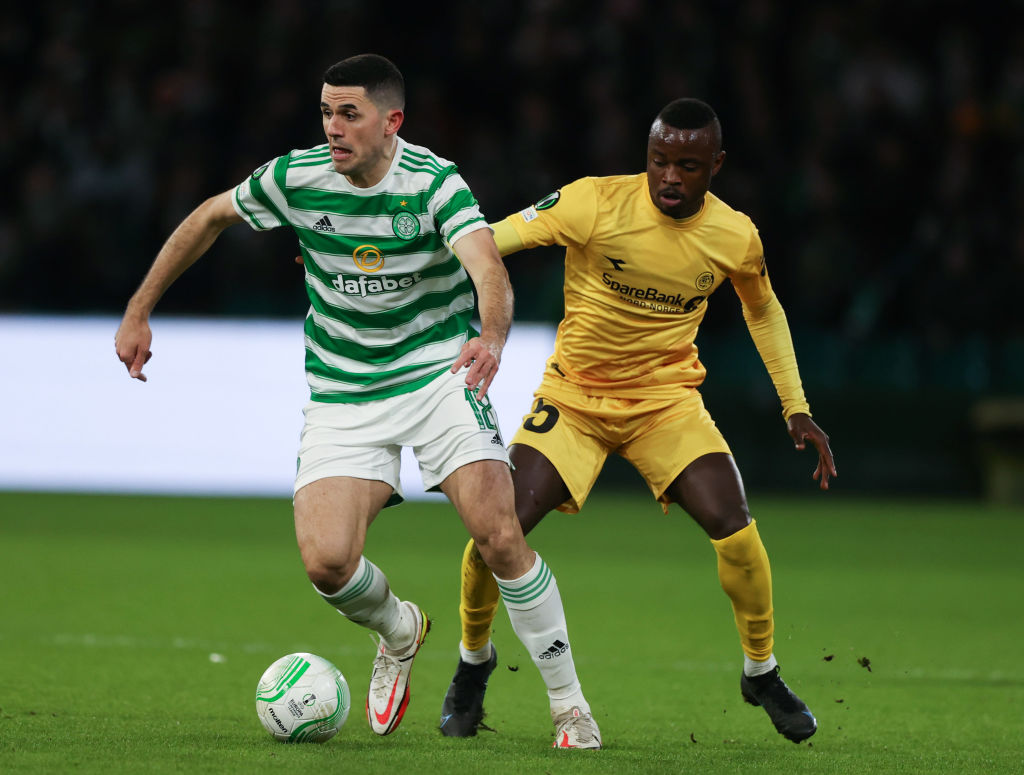 It's a busy schedule coming up for Riley McGree, as England's Championship looks to catch up on missed games from earlier in the season. Two league matches in five days could prove to be a blessing or a curse for promotional hopefuls Middlesbrough, with the side in very good form and inside the league's play-off positions for the first time.

The first match comes away to bottom-half outfit Bristol City (Sunday 2am AEDT), in a clash that Boro are expected to be victorious in. McGree and co. must then quickly regroup and recover before a huge mid-week tie with fellow promotion challengers West Bromwich Albion at home (Wednesday 6:45am AEDT).

In Italy, Fran Karacic's Brescia must overcome a tough test this upcoming matchday, with the side sitting a point behind automatic promotion, playing host to another promotional hopeful Frosinone (Monday 1:30am AEDT). Such is the close nature of Italy's second division, the gap between the top-two, play-off spots and mid table positions remain incredibly tight, meaning that three points is a minimum for Karacic and his team if they are to remain in the hunt for Serie A football.

Awer Mabil's start to Turkish football might just get more challenging, as his side Kasimpasa travel to league challengers Konyaspor (Saturday 4am AEDT).

Listen to our new Aussies Abroad Podcast featuring Awer in the player below, or subscribe and download it on Spotify, Apple Podcasts & Google Play.

Aziz Behich's Giresunspor are looking to reverse a mini form slump when they take on Kayserispor (Sunday 12am AEDT). It will be a particularly big day for Behich, who represented Kayserispor on loan last season - endearing himself with the fans as the club secured safety on the final day of the campaign.

Trent Sainsbury is faced with a great opportunity to help Belgian side Kortrijk rack up their first victory in the league since mid-December, with relegation threatened Zulte Waregam travelling to Kortrijk (Sunday 4:30am AEDT) - breaking a particularly tough recent schedule for Sainsbury's club.

James Jeggo's side AU Espen are set for a clash with Belgian giants and European regulars Club Brugge (Monday 2am AEDT).

Recently minted Socceroo Joel King may be in line for his debut for new club Odensk BK, as the Danish Superliga restarts this weekend after an extended winter break. The full-back's introduction could prove to be a trial by fire however, with OB travelling to the capital for its first match, to face former league champions and Danish giants FC København.

Real Sociedad and Socceroo keeper Mat Ryan will prepare for an enormous match this weekend, with the Basque side travelling down the road to regional rivals Athletic Bilbao (Monday 7am AEDT). The clash serves not just as a derby, but as a crucial decider for a European position within the Spanish La Liga, with La Real and Bilbao separated by just four points with one rival in the top-six, and the other being outside.

Ryan started in the Europa League on Friday morning (AEDT), as his side drew 2-2 with RB Leipzeg away from home.

Danny Vukovic's NEC Nijmegen continue to climb the Eredivisie table, hopeful of securing one of the Netherlands' seven European qualifying spots. Sitting five points adrift, NEC will need to capitalise on a favourable match-up this weekend, when they play strugglers RKC Waalwijk at home (Sunday 2:30am AEDT).

Much has been made of Japanese football in recent months, after some successful domestic exports that have taken Europe's top leagues by storm. The world will now very much watch with a keen eye when the J.Leagues return this weekend, with a host of Socceroos involved in Asia's largest football league system.

The former defender will need to stop star Cerezo forward and Socceroos striker Adam Taggart, who has made a name for himself as a prolific finisher across a range of Asian competitions. Both will be hoping to get their season off to a positive start after a long and arduous winter off-season. 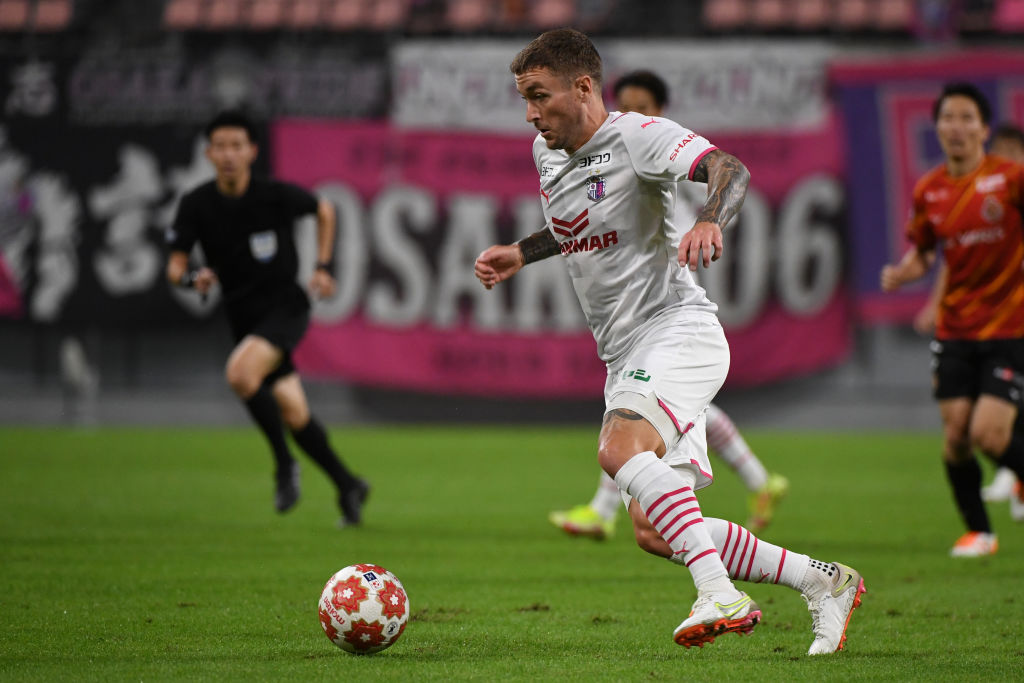 Striker Mitchell Duke will hopefully start his new season with a bang having now spent a first pre-season with Fagiano Okayama, after signing midway through last campaign. Duke's first match in the league will be at home against Ventforet Kofu (Sunday 4pm AEDT).

Thomas Deng has a new Japanese side, after parting ways with Tokyo-based giants Urawa Red Diamonds and signing with Albirex Nagata. The defender's intentions was to find a club in which he can showcase his leadership qualities, something that was difficult to do at a club with an enormous stature like Urawa. The 24-year-old may well get his wish, when his side kick off their campaign, away to Vegalta Sendai (Sunday 4pm AEDT).

Moving to the Middle East now, where Ryan McGowan and club side Kuwait SC sit on the verge of history. With just one round to go in the regular season, SC find themselves just two points behind top spot, with an extra game in hand, being at home to Al-Tadhamon (Saturday 12:30am AEDT).

If McGowan can emerge victorious on Saturday morning, along with title challengers Al-Arabi failing to win, then the Aussie defender will see him pick up his first piece of Kuwaiti silverware and add to the long list of countries where an Australian has finished top of their competition.

Martin Boyle will need to provide some magic again for relegation threatened Al-Faisaly, when they host fellow battlers Al Rae (Saturday 2:30am AEDT). The winger has started his campaign in Saudi Arabia well, and will be looking for more goals and assists in his new colours.